Next up for Switzerland: second pillar reform?

The narrow majority of Swiss citizens voting to reform the country’s statutory (AHV) pension system in a referendum on 23 September (52.2%) could create momentum to bring about changes to the second pillar. 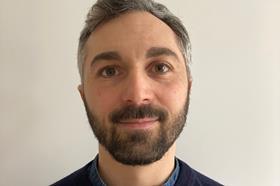 The latest reform comes at a time of political and economic uncertainties, and follows two ditched attempts in 2004 and 2017. In 2017 the public was asked to decide on changes for both the first and second pillar, which proved to be a mistake.

The result of the latest referendum, just covering the first pillar, has still not appeased the unions. They have continued to criticise the fact that the retirement age for women will increase from 64 to 65, the same as for men, and that this rise is also planned for the second pillar. A vote on increasing the retirement age in the second pillar may be called at a future date.

On the one hand, women will receive compensation for this increase. On the other hand, however, the structure of vote into two elements might prove a strategic advantage for the supporters of the reforms. September’s vote was just on the AHV.

Parliament is still grappling to find a solid majority to bring changes to the second pillar to the finishing line. In the latest turn, the social security and health committee (SGK-S) of the Council of States, the upper house, has proposed to compensate 15 cohorts for the reduction of the conversion rate used to calculate pension payouts, from 6.8 to 6%, a key component of the second pillar reform.

Only those who have accrued assets of CHF215,100 (€217,0000 or less at the time of retirement will be entitled to the full compensation. Members of the SGK-S committee have laid counter proposals on the table, laying bare a divide among the members. Whatever the outcome, the debate on changing the second pillar is fully under way.