Notes from the Netherlands: Too eager to index

Most Dutch pensioners have been craving indexation ever since the financial crisis in 2008-09. Understandably, patience is running thin, especially now that inflation has reached its highest level since the introduction of the euro. 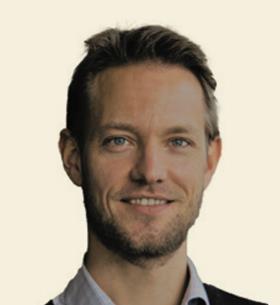 Most Dutch pensioners have been craving indexation ever since the financial crisis in 2008-09. Understandably, patience is running thin, especially now that inflation has reached its highest level since the introduction of the euro.

A solution to the indexation conundrum has been in the works for a while: the planned switch from DB to DC should help make it all easier. But the introduction of the new pension system keeps being pushed back, not least because the Netherlands has been lacking a functioning government for more than eight months.

The opposition Labour party (PvdA), whose support the probable future coalition will need to pass the new law in the Senate, has proposed lowering the minimum funding ratio required for indexation from 110% to 105%, in anticipation of the new pension system.

This suggestion was swiftly embraced by the government, but it comes with several complications. First, allowing indexation at lower funding ratios has the potential to undermine support for the new system; if pensioners already get their desired indexation in the current framework, why change to the uncertainty of DC?

Second, pension funds would probably do well to preserve their newly acquired buffers. If equity markets go south again, they will need them to avoid having to cut pensions again in the run-up to the pension changes. This is potentially more damaging to faith in the pension system than forgoing indexation for now.

Last, implementing the measure will be complicated as it will involve at least partly indexing pensions retroactively. Only a handful of pension funds will probably use the window for additional indexation, as the funding ratios of most funds are either below 105% or well above 110%. All in all, the proposal to make indexation easier is more about political posturing than about helping to preserve pensioners’ purchasing power.