Take from the young to give to the old

For many years, the Dutch pension system was considered one of the world’s best – it was top in class with Denmark in the Melbourne Mercer Global Pension Index annual study last year.

The current arrangement has a strong base which has operated robustly for decades, showing its ability to deal with various crisises. This success has been due to its combination of a pay-as-you-go system and capital funding.

But in the last decade it has been hit by the difficult combination of the aftermath of the global financial crisis and an ageing population.

In June 2019, the Dutch government along with employees’ and employers’ organisations started negotiations for an improved pension system agreeing the main strands: the first-pillar retirement age will continue to rise, but at a slower rate, and the second pillar will be structured along more flexible and personal lines.

Fast forward a year and a definitive agreement has finally been reached and the outlines of this new system are gradually becoming clear (see country report).

Pensions income will not be based on coverage ratios and the so-called FTK, but will depend on market developments. The system will be implemented in 2026 but companies and funds can begin switching in 2022. 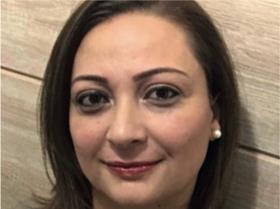 The agreement initially leads to a subsidy from the younger generation to the older generation – because of lower or no cutbacks, more money will be paid out over the next few years than would be the case using the current rules. This means that less money is available for later generations.

The intention of the pension agreement was, among other things, to prevent generational conflicts. In the long term, the reform will indeed have this effect, but only after the older generations are gone.