The proposal to phase out the Retail Prices Index (RPI), one of the main measures of inflation in the UK is among the pension industry’s biggest topics of debate.

The UK Statistics Authority (UKSA) has advised the government to replace it with the Consumer Prices Index including owner occupiers’ housing costs (CPIH).

CPIH, along with the Consumer Prices Index (CPI) from which it is derived, is deemed a more reliable measure. Both indices have superseded RPI in many areas but a vast share of assets, including inflation-linked bonds, are still linked to RPI. So are a huge portion of the liabilities of UK DB pension schemes.

The government will launch a public consultation about the switch in March but it seems intent on following the UKSA’s advice. Switching to CPIH will mean holders of RPI-linked assets, such as index-linked Gilts, RPI-linked pensions and annuities, will see the value of their assets fall, as CPI and CPIH tend to be systematically lower than RPI by one percentage point.

Some have proposed that the change comes with compensation for those that would lose out but this will be difficult to implement.

Pursuing better inflation measures may be worthwhile. But if this change is implemented as proposed, scheme trustees will be forced to explain to their members that the value of their benefits will be lower than they expected. 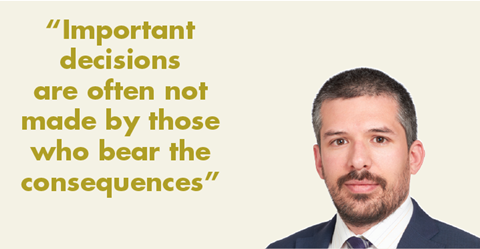 That could result in legal trouble but, more importantly, it would represent a broken promise that would shake trust in the pension system. It may also result in economic stress, as pensioners would effectively be worse-off financially.

The public is likely to see the change as a surreptitious cut to pensions that will bring no real benefits. The change is also a reminder of how important decisions are often not made by those who bear the consequences.

That is why the role of pension trustees is key. They should keep in mind the purpose of the organisations they represent, which is to allow workers a good retirement. As such, it is among their main duties to protect their members’ pensions from this kind of event.