Major European institutional investors are throwing their weight behind an initiative to get global index providers to exclude controversial weapons manufacturers from their mainstream indices.

Spearheaded by Pictet in August, the campaign – based on an open letter to index providers – gained the backing of more than 60 Swiss asset owners and asset managers with over $2trn (€1.8trn) in assets under management before being opened to international investors last month.

More than 20 investors have added their name to the letter since then, taking assets under management represented by the signatores to $4.8trn, according to an update from Swiss Sustainable Finance, which is co-ordinating the initiative.

The €82bn German pension investor Bayerische Versorgungskammer (BVK), €7bn VBV Pensionskasse in Austria and Dutch insurer ASR are some of the European asset owners that have put their name to the call in recent days. Legal & General Investment Management is a fresh asset management signatory. 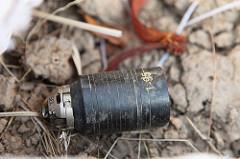 A spokeswoman for BVK said its support for the initiative was “a consistent continuation of our sustainability approach”.

According to the letter, companies involved in controversial weapons accounted for a marginal weight of global equity and fixed income indices, but their inclusion was causing a problem for investors.

For active investors using standard benchmarks, excluding such companies entailed extra tracking error. For passive investors the problem was “more acute”, given that the vast majority of strategies replicated traditional indices without exclusions.

Excluding companies with involvement in the production of such weapons was “a key part” of investing responsibly and had become “standard practice or expectation” among investors, the letter said.

Sweden’s AP4, for example, said that it had, “in accordance with its values”, excluded companies from its investment universe that were directly involved in the production or marketing of anti-personnel landmines and cluster munitions.

Two of the companies on the pension buffer fund’s exclusion list also appear on the Norwegian sovereign wealth fund’s list of companies that it either excluded or was considering excluding because they were involved in the production of cluster munitions: Hanwha Corporation and Textron.

MSCI recently launched a suite of indices incorporating a range of exclusions on environmental, social and/or corporate goverance (ESG) grounds, including deriving revenues from controversial and nuclear weapons. Deborah Yang, global head of ESG indices at the provider, said there was growing demand for market capitalisation indices with ESG exclusions as an off-the-shelf solution.

According to a briefing from Swiss Sustainable Finance, no international convention banning or restricting the use of controversial weapons explicitly addresses the financing of their manufacturers, although some countries have put in place specific laws, of differing scope – including Switzerland.