Biden signal is green for ESG

For many, US president-elect Joe Biden spells hope. From an ESG-perspective, there are two main aspects to this phenomenon. One relates to the regulatory environment for what can loosely be called ESG investing, and the other has to do with real economy policies, mainly climate change. Biden has, after all, pledged that the US will rejoin the Paris Agreement, which the country formally left on the day after the US presidential election.

● A Biden administration points to the Department of Labor and the Securities and Exchange Commission being more supportive of ESG investing, action on disclosures

The positive ESG-related outlook is notwithstanding the prospect of a divided government, unless a run-off in the state of Georgia in January ends up leading to a Democrat majority in the Senate.

As many commentators have observed, even if the absence of a ‘blue wave’ makes it difficult for a Biden administration to pursue its climate and energy policy with federal legislation, there is the regulatory and executive order route.

“We see an increased focus on sustainability under a divided government, but through regulatory actions, rather than via tax policy or spending on green infrastructure,” wrote BlackRock Investment Institute shortly after the election.

At Allen & Overy, Ken Rivlin, partner and head of the firm’s global environmental law group, says there is much Biden can do via executive orders, such as pursuing implementation of the Clean Air Act and promoting the development of new and stricter fuel economy standards or the production of zero emission vehicles in the federal fleet.

“This situation of revolving door executive orders is not a good way to govern, but that’s the world we’re in,” he says.

It is also worth noting that, at least in some areas, climate change mitigation policy under a Biden administration would be accelerating market developments, not kick-starting them.

At Impax Asset Management, president Joe Keefe says: “It is worth bearing in mind that the clean energy sector has managed to thrive despite four years of indifference at best and opposition at worse, from the Trump administration.

“Technology cost reductions, supportive state-level policy and strong demand from corporate consumers responding to customer pressure have all helped renewables grow significantly with extremely limited federal support,” he says. “While ambitious legislative support would provide a significant accelerant, its absence will merely slow, rather than reverse, the sector’s growth.”

Jason Mitchell, co-head of responsible investment at MAN Group, says “people tend to oversimplify things when it comes to the US”, overlooking innovative sustainability-promoting moves taken by states, such as that of Illinois.

At a federal level, however, the Trump administration has been hostile towards ESG investing and there is a view that this will give way to a supportive stance under a Biden administration.

More specifically, there is talk of a reversal on a controversial rule pursued by the Department of Labor (DoL) relating to pension plans governed by the Employee Retirement Income Security Act (ERISA). According to analysis carried out by a group of investor organisations and investment industry firms, more than 95% of the 8,000-plus public comments opposed the proposed rule.

Interestingly, although the ESG term is often deployed to describe the rule, the final regulation, which was released on 30 October, removes all explicit references to ESG. The DoL said it “concluded that the lack of a precise or generally accepted definition of ‘ESG’, either collectively or separately as ‘E, S and G,’ made ESG terminology not appropriate as a regulatory standard”.

Morgan Stanley researchers have said they expect the rule will be rolled back or reinterpreted under a Biden administration.

“Given the strong comment letters from Senate and House Democrats advocating for ESG investing and demanding the withdrawal of the DoL’s proposed rule, repealing this rule will likely be a priority for the new Secretary of the DoL under Biden,” they wrote in a briefing last month.

Andrew Oringer, partner and co-chair of the employee benefits and executive compensation group at law firm Dechert, says because the DoL “softened” the final ERISA rule, revisiting it “may not be quite as urgent”.

On the whole, however, with regard to ESG he expects “the pendulum will swing back”.

“There’s going to be an effort to allow managers to focus more on ESG without fear of falling foul of ERISA and without making it hard for ERISA fiduciaries to pick those investment funds,” he said during an investment industry conference last month.

Investors and others are also on the look-out for a final version of a rule proposed by the DoL that would likely reduce ERISA fiduciaries’ voting on environmental and socially-focussed shareholder proposals and possibly reduce the number of proxy votes overall.

According to Morgan Stanley, depending on the timing of the final rule’s release it could be subject to disapproval under the Congressional Review Act. This allows Congress to disapprove of a regulation within a 60-day timeframe, rendering it void and preventing the rulemaking agency from creating a rule that is “substantially the same” as the voided rule.

Under the Trump administration the Securities and Exchange Commission (SEC) has also issued rules that have not gone down well with the sustainable investment community, and there, too, a shift is thought to be on the horizon. 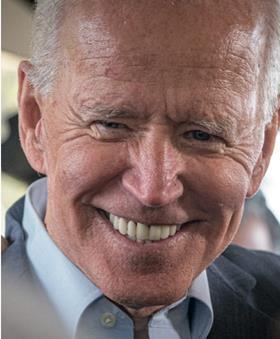 Joe Biden has pledged the US will rejoin the Paris Agreement

According to Morgan Stanley researchers, the balance of SEC Commissioners is likely to tip in favour of increasing ESG-friendly action with a Biden-selected chairman. Two of the five Commissioners have dissented from controversial proxy voting-related rules and expressed support for disclosures on ESG matters.

Speaking during a green finance conference broadcast from London last month, Mary Shapiro, former chair of the SEC and head of the secretariat for the Task Force on Climate-related Financial Disclosures, said she thought the SEC “should and will move to mandatory disclosure” related to climate change.

The term of current SEC chairman Jay Clayton officially runs out in June 2021, but in mid-November he confirmed he would step down at the end of this year.

For Allen & Overy’s Rivlin, one of the main points about the ESG-related implications of a Biden administration is that the “the signal is game-on: ESG is here and it’s here to stay”.