Guest viewpoint: The fault with the default setting for COVID mortality in standard tables

The Continuous Mortality Investigation (CMI) is a subsidiary company of the Institute and Faculty of Actuaries (IFoA) in the UK. The CMI has a long history of providing high-quality and impartial analysis on mortality and morbidity. It is mainly focused on gathering data to produce standard mortality tables across various sub-populations of interest to actuaries, including term assurances, annuitants and pension schemes. 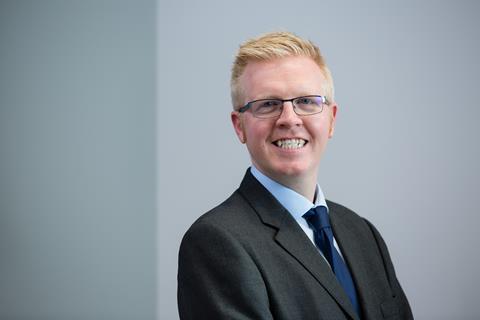 This was effectively an early example of an ‘open-source’ model, providing a common mortality language that actuaries and others could use. As a result, most insurers and pension schemes in the UK build their approach to setting life expectancies on the foundations of the CMI’s standard tables.

Reflecting these concerns, particularly during periods of high observed improvements in life expectancy, the CMI produced a model for projecting mortality improvements into the future, which would be updated on an annual basis. This model was quickly adopted by UK actuaries.

Various parameters are also available to allow actuaries to adjust how this blending happens, for example adjusting the model to give different weight to the recent historic mortality data or adjusting the level of short-term mortality improvements to cater for each specific sub-population.

Each year the observed population data is added, and a new version of the model published. This generally results in small movements in life expectancies from year to year and helps avoid large step-changes when new tables are released.

Clearly, the model does not tell actuaries the answer but helps them form their own views and get to an answer that can be shared with other actuaries and users. However, as the model has evolved and the ability for actuaries to change multiple parameters to adjust the path of long-term mortality improvements has expanded, it has become harder for end users to understand or challenge the key assumptions being made.

The  COVID-19 pandemic has exacerbated these challenges significantly.

Had the CMI continued to prepare the 2020 version of the model in line with its normal approach, the -14% mortality improvement rate observed compared to 2019 would have been incorporated fully into the projections. This would have effectively assumed that the impact of the pandemic on mortality improvements would continue to be experienced every year in the short to medium-term future, which is obviously incorrect.

To cope with this pandemic-driven mortality spike the CMI sensibly introduced a new parameter into the 2020 model. It allowed users to vary the contribution of 2020 data to the model from 0%, where no 2020 mortality is included, to 100%, where the 2020 mortality rate was incorporated in full.

The default value for the parameter in the CMI 2020 model was set at 0%.

With the pandemic continuing to have a material impact on observed mortality rates in 2021, with mortality improvements of -8% compared to 2019, the CMI faced a similar challenge when building the CMI 2021 model. Unsurprisingly, it decided to adopt the same approach, including a new parameter to allow users to adjust the weighting applied to the observed 2021 data. The CMI 2021 model was released on 9 March 2022, with default settings for the parameters applying no weighting toward both the 2020 and 2021 data.

Sitting on the fence?

With this latest release, it feels like the CMI is firmly sitting on the fence. Updating the projection model but having a default that ignores the past two years of data doesn’t really feel like an update.

It might be considered the sensible thing to do given the uncertainty, but perhaps highlights the shortcomings of a methodology that extrapolates from past data when we experience a mortality shock event. Adding further complexity to the model will not help make it any more accurate but will make it harder for trustees and pension scheme sponsors to understand and make decisions.

The CMI will correctly point out that the model allows users plenty of flexibility to express their own views and fine-tune their position. However, most end users don’t have the technical skills or desire to invest lots of time considering all the various parameters and the implications for the life expectancy assumptions being made.

The reality is that using the default settings may result in liabilities being overstated by 1-2%, as no allowance is being made for the impact of the pandemic on mortality rates. This liability overstatement will result in much more material impact on the net funding deficit. While paying higher pension deficit contributions will never be welcomed by sponsors, having to do so while dealing with the financial fallout of the pandemic may be challenging.

You wouldn’t expect economists to apply the same approach to their GDP projections. I suspect any economist who put forward a model that defaulted to ignoring the past two years would get asked some searching questions.

I would encourage pension scheme trustees and sponsors to engage in considering the potential impact of the pandemic, in both the short and long term, and ensure that they understand the financial implications.

The latest model will lead to many divergent outcomes as actuaries draw their own conclusions. However, this is preferable to just assuming that the past two years did not happen. I expect we will see some recycling of old actuarial jokes. Have you heard the one about asking two actuaries a question and getting three different answers? You might get many more different answers now.