Both organisations had published their own statements in the days before, and noted alignment between theirs and EIOPA’s.

Published in mid-April, EIOPA’s statement set out “principles to mitigate the impact of COVID-19 on the occupational pensions sector in Europe”.

The principles, which national competent authorities (NCAs) are advised to adhere to using “a risk-based and proportionate approach”, relate to

The statement also confirmed that EIOPA had extended the deadlines for data to be reported by IORPs – by two weeks for Q1 occupational pensions information, and by eight weeks for full year-end 2019 information.

“The concrete measure of extending by several weeks the obligation of IORPs to provide information to EIOPA is a positive development,” said Bruno Gabellieri, secretary general AEIP. “Just like EIOPA we stressed the need to prioritise the continuity of key operational activities.”

Matti Leppälä, CEO of PensionsEurope, said he was happy that EIOPA prioritised what needed to be done: “first things first”, he said.

“Operational continuity, serving members and beneficiaries, paying out pensions and managing contributions, investments and safeguarding assets are priorities,” he added.

“PensionsEurope is very pleased that EIOPA asks NCAs for proportionality in dealing with various issues, and relaxes its own reporting requirements and asks national authorities for flexibility in national reporting standards.” 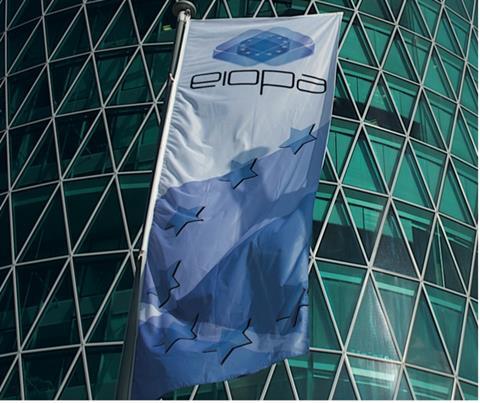 Another point welcomed by both PensionsEurope and AEIP was EIOPA recognising the stabilising role that IORPs could play as long-term investors in the current economic context.

Leppälä, said: “This is due to the fact that there isn’t any harmonised framework that would push pension funds to pro-cyclical actions in this market turmoil.

“It is very good that EIOPA recognises the diversity of the European pension landscape and the crucial role the national supervisors and regulators have.”

AEIP’s Gabellieri noted that EIOPA’s position recognised that IORPs may face liquidity pressures and stressed the importance of protecting members and beneficiaries.

According to Leppälä, at the time of writing PensionsEurope members had not reported problems with respect to liquidity.

“Crucial”, in his mind, is EIOPA’s “message of finding the appropriate balance between safeguarding the long-term interests of members and beneficiaries and short-term impacts on especially the sponsor companies”.

The European supervisory authority unsurprisingly did not bring up the subject of its IORP stress test in its statement, but AEIP opportunistically had in its previous announcement.

“EIOPA should use the present circumstances in order to reflect on a stress-test methodology for IORPs that takes into consideration the different national recovery mechanisms,” it said.

“Given the current need to understand and analyse the impact of the COVID-19 pandemic, such a methodology should be relatable and with the potential to expand to widely-used macroeconomic indicators, thus showing the stress-test effects over time on consumption and the economy.”

Paritarian institutions, which are common in many European countries, are social protection institutions established and managed by employers and trade unions jointly within the framework of collective agreements. These include pension funds, healthcare, unemployment and provident schemes, and paid holiday schemes. PensionsEurope and AEIP have some members in common.