The late David Swensen achieved a remarkable performance edge for the Yale Endowment, can it be replicated by pension funds

David Swensen, who died of cancer in May, left an enduring legacy not only for Yale itself, where he was the head of its endowment for over three decades, but also institutional investors. Swensen’s ‘Yale model’ showed outstanding performance over decades and its generalisation to an “endowment model” has inspired many. But few, if any institutions have been able to emulate Swensen’s experience at Yale. Indeed, he himself, were he alive, might have found it difficult to repeat the experience over the next 30 years.

What exactly is the essence of Swensen’s approach and what lessons can be learnt from it?

The answers are not straightforward. Swensen himself wrote two books on his philosophy and approach. His first book, Pioneering Portfolio Management: An Unconventional Approach to Institutional Investment, published in 2000, describes the focus on illiquid assets that are associated with him and the Yale investment approach.

However, his second book Unconventional Success: A Fundamental Approach to Personal Investment published in 2005, in simplistic terms, recommends that less wealthy investors do the opposite of what was recommended in his first book. That, according to Elroy Dimson, who chairs the Centre for Endowment Asset Management at Cambridge Judge Business School, is because: “There wasn’t one Swensen model, but two, with one the opposite of the other. Perhaps that may be one reason why others have found it so difficult to emulate Swensen’s approach and get similar results.”

David Chambers, a reader in finance at Judge Business School, argued together with Dimson in a 2015 article1 that Swensen’s central ideas are a reflection of the approach taken by John Maynard Keynes. Keynes was not only a leading economist of the twentieth century, he also managed money on behalf of King’s College, Cambridge. Elements of Keynes’ approach included taking a long-term focus; an equity bias; an avoidance of market timing; a bias towards value investing; a contrarian approach; not being preoccupied with liquidity. Keynes also had an appreciation of what Chambers and Dimson call “the difficulties inherent in group decision making”. As Keynes wrote in The General Theory, “it is better for reputation to fail conventionally than to succeed unconventionally”.

Roger Urwin, global head of investment content at Willis Towers Watson, argues that the key strategy Swensen pursued at Yale, was to get the benefits of private markets at a time when they were giving high levels of illiquidity premiums. That, however, required a structured approach with the benefits of skill and governance applied on top, which created a performance edge. “So if there’s one thing that’s distinctive of Swensen, it was his way of approaching the policy portfolio as a very structured process, working with his investment committee that itself had very strong investment capabilities,” says Urwin.

As Urwin adds, it was not just Swensen’s own perceptiveness that counted. It was the strength of his team and of the relationships that went beyond that. These included the Yale alumni network’s connections with the US venture capital markets and private market community. “He was able to exploit the skill advantage to the maximum, in a way that most other funds because of their governance structures would just not have been able to do,” says Urwin.

The problem for potential Swensen emulators according to Urwin is that the returns from managers in private markets have a greater dispersion than those in public securities. There is evidence of persistence in returns in private markets. As a result, investing in a historically high performing manager may give a higher chance of continuing high returns. But getting access to these managers is difficult, particularly in venture capital where the fund sizes are small.

“Those organisations have to be open to your assets,” says Urwin. So the comparative advantage that Yale had was not open to other US endowments. This can be seen easily in the league tables of US endowment returns. “The endowment model is generally characterised as having more than 50% of the assets in private markets. Other endowments however, found that wasn’t sufficient to get the performance edge that Yale managed to achieve”, says Urwin.

That is despite the fact that exceptional brands amongst investors can open doors to hard-to-access funds. “When the head of the new and hence relatively small Oxford University endowment went round the US looking for opportunities, she was just welcomed with open arms as everybody wanted Oxford University as one of their clients,” says Dimson.

Behind the scenes
But 20% of Swensen’s results were the result of asset allocation and 80% due to the work behind it, says Cyril Demaria, affiliate professor at EDHEC Business School (and co-author of Asset Allocation and Private Markets).

Dimson also points out that followers of key investment approaches may be better off than their peers provided they did not wait. In a paper co-authored with David Chambers and Charikleia Kaffe, a research associate at the Judge Business School2 , they highlighted the disappointing performance of endowments over the last decade. That was not least because of the diminished attraction of alternative assets. This finding is consistent, they said, with evidence that the superior private equity performance of university endowments disappeared after 2000, the shift resulting from the growing maturation of private equity as an asset class.

If other US endowments found it hard to emulate Yale’s performance, pensions funds globally fared even worse. One problem for pension funds, says Urwin, is that they have always had a particular type of governance. It often precludes the ability to build a significant internal and talented team at the top of the organisations with for example, public limits to compensation.

US corporate pension schemes have not pursued the private markets as they have been more influenced by the sponsors position. The latter have a preference for listed assets in practice.

Some of the largest European pension funds have pursued more significant private market allocations. However, they have done so with a global orientation, because they just do not have the close local relationships that Yale was able to exploit. “Yale was also able to identify exceptional skill, whereas I think the European pension funds never managed to be able to identify skill with as much perceptiveness as Yale,” says Urwin. 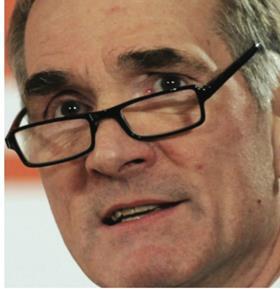 Yale is exceptional in having a pole position in academia. It also has relationships with high performing US funds. European funds are not in a position to pursue a policy that is reliant on having exceptional access to superior performing private vehicles including venture capital argues Urwin. However, he does add: “I would have thought that there are opportunities for European pension funds to do well in private markets, including a significant venture holding, If they have the expertise in-house, to differentiate between the opportunities available.”

If larger exposures to private markets were key to Swensen’s success, persuading European pension funds to go down that route has not been easy. That is perhaps for justifiable reasons. Ludovic Phalippou of Oxford University’s Saïd Business School, in a 2020 paper has shown that private equity funds have returned about the same as their corresponding indices since 20063.

Phalippou’s results may be controversial, but allocations to private assets among pension funds are low compared to the Yale endowment. Demaria points out that Swiss pension funds are allowed to invest up to 15% of their assets in alternative assets. However, the average last year was only 6.4% with private equity accounting for only 1.1%.

Could it be replicated?
Perhaps the most significant question to ask of Swensen’s approach is whether, were he to start today, be able to repeat his track record of the previous three decades. Most would say no for several reasons.

Critically, when Swensen started at the Yale endowment, there were, Demaria points out, no constraints on investments. “He started very early, and he said himself that he was given the luxury to be different”. That showed the enlightenment of the Yale endowment board at the time. It enabled Swensen to think differently and make a clear and valid assessment of what constraints needed to be in place. “one of the things that he realised was that there very few constraints”, says Demaria.

In particular, the duration of assets was not an issue for Yale, particularly as it is only allowed to spend income and not capital. Swensen started early exploiting the ability to invest in long-duration illiquid assets, which at the time meant he faced little competition, enabling him and his team to filter out the exceptional opportunities. “As the private market allocations consolidated, he was probably emboldened to actually do even more. And so the allocation increased over time.” Demaria disputes the idea, though, that this represents an “endowment model” because others did not emulate Swensen’s asset allocation (see chart), even the richer ones such as Harvard.

In today’s world, the complete freedom that Swensen experienced with the Yale endowment no longer exists. “Today, around one third of Yale University’s budget depends on the ability of the endowment to pay an income,” says Demaria. That means the endowment has to generate a bond-like approach to generating predictable cashflows. That creates a challenge for investment into private equity when it may not be known whether leveraged buyout funds are going to return cash in any specific year. Demaria also sees that the balance of power between asset owners, investors and asset managers has tilted in favour of the latter. The benefits from investing early in venture capital often arise because early investors in a successful fund invariably have “grandfather rights” on later fundraisings. That requires investments to be patiently accumulated in an environment that has become more competitive for asset owners.

Lessons for pension funds
Given this, what lessons are there for European pension funds from Swensen’s experience at the Yale endowment? Urwin is keen to emphasise that institutions should move away from the rigid annual strategic benchmark asset allocations that pigeonhole investments into separate buckets. Yale, says Urwin, is still subject to that thinking, which also characterises asset modelling approaches, setting strategic asset allocation to those target figures. “The two golden rules are: Firstly, to be extremely clear about what is the single goal, whether it’s CPI [consumer prices index] related or funding status; Secondly, recognise that every investment is competing in real time with every other investment to build a more efficient Sharpe ratio for the portfolio.”

Perhaps what is most fascinating about Urwin’s analysis, is that there may be case for European pension funds to take larger weightings in local venture capital opportunities. That is given the recent Cambridge Associates recent analysis showing that European venture capital has outperformed all of its key comparable benchmarks on a one, three, five and 10-year horizon.

That may not be the result of any direct influence of Swensen’s approach. It is rather that both Swensen’s historical experience and Urwin’s thinking ahead approach would both seem to suggest considering larger allocations to local venture capital. This seems a fitting tribute to David Swensen. But, whether endowments are following Swensen’s approach or not, his influence is undeniable. When, for example, Dimson and Shanta Acharya were writing Endowment Asset Management, they visited the investment heads of over 60 college and university endowment funds in Oxford and Cambridge. Swensen’s book, says Dimson, was on display in over half of all their offices. The impact continues.