Buyout is no longer a distant dream for many UK pemsion schemes on the back of improved funding levels and insurer pricing.

Despite a quiet start to 2021 for the derisking market, the second half was busy, leading to £27.7bn (€32.5bn) in buy-in and buyout deals over the 12 months – the third-highest year on record, according to Hymans Robertson.

Funding levels of many schemes are ahead of plan due to favourable investment conditions over the past three years, while insurer pricing has improved significantly in recent years.

Hymans Robertson risk transfer specialist Iain Church says: “We are in a perfect storm of rising real Gilt yields, which helps schemes that aren’t fully hedged, and credit spreads widening, which has mostly been driven by the Ukraine crisis.”

Cardano Advisory’s managing director Adolfo Aponte says schemes in a position to go to market are well governed and have done all the right things on investment and funding. “The reality is this has probably meant these schemes are years ahead of where they expected to be. They are in a good position, but it also means that some of the thinking and discussions that trustees and corporates were expecting to take place over a period of, say, five to 10 years, are now having to take place in a much more compressed timeframe.”

As Gilts rates have risen, schemes that are not fully hedged against interest rate risk will have seen an improvement in settlement pricing.

Hymans Robertson predicts bulk annuity volumes will reach £38bn this year, with one in five trustees in its Trustee Barometer Survey saying they will seek buy-in quotations over the next year.

Aponte says his firm is working with several sizable, well-governed pension schemes that have found themselves ahead of where they expected to be, and in some cases funded above buyout.

However, Aponte notes they are having to face some tough questions such as whether buyout is what they want to be doing, especially when they are large and have the scale, pointing out that “some schemes are larger than some of the insurance companies”.

There is also more competition among insurers for deferred bulk annuities, which are much longer duration in terms of liabilities and have been harder to insure in previous years.

Longevity swaps, which are another way to transfer risk to insurers and tend to be quite large, had their third-busiest year on record in 2021, according to Hymans Robertson.

This year, the biggest longevity swap was for Lloyds Bank Pension Scheme No. 1 – its second longevity swap deal covering a further £5.5bn of liabilities.

Standard Life entered the deferred bulk annuity market last year and, according to Church, more insurers are looking at entering this sector.

While the market is still dominated by very large bulk-annuity deals, there has been a steady increase in the number of small and medium transactions, Church adds.

Meanwhile, schemes are focusing more on their endgame as The Pensions Regulator (TPR) encourages trustees and sponsors to choose a long-term objective and plan for it.

Concerns about the increasingly uncertain economic background of high inflation, energy prices, increased interest rates and slower growth, driven by the Russia-Ukraine crisis, may drive schemes to go to market faster if they can.

TPR warned in its recent annual funding statement that these might affect scheme funding and employer covenant. The watchdog pointed out that employer covenants “could be impacted directly by sanctions or indirectly through the employer’s customer base and supply chain” and could be “compounded by the lingering effects of COVID-19 and Brexit”.

However, on a positive note, market turbulence could lead to buy-in pricing opportunities for DB schemes.

Akash Rooprai, a director at Independent Trustee Services (ITS), says he does not think the crisis will change much that concerns the risk settlement market. “The market has continued to be functional and able to transact despite headwinds such as Solvency II and the impact of COVID-19 – and that’s largely due to the assets used for transactions. Other than the bond crisis in 2008, the schemes that were about to transact prior to other crises were still able to transact through the fallout because they were invested in bonds and ready to transact.”

But some pension schemes which are looking for growth, are invested in equities and other types of risk assets, and these funds will have been affected by the crisis, Rooprai says. “If they were on a path to try and buy out in three to five years, that might now be five to seven or 10 years. So those schemes that are not quite there, but had a plan to get there, might have been put back a little bit.”

An increase supply of schemes ready to go to settlement inevitably leads to fears of a market capacity crunch.

“Volumes are about £30bn per year on average, whereas the market probably has capacity of up to £50bn per year, so it is not being fully utilised,” says Church. “We think future demand can easily exceed £50bn over the next decade.”

There are several factors which will ensure appetite is healthy among insurers to take on more deals.

“One aspect is reinsurance availability, which has, so far, stayed strong in that reinsurance continues to be available at affordable pricing,” says Rooprai. “Also, as fewer people are needed in traditional actuarial work, there’s a natural flow of individuals moving away from consultants towards insurers. Also, there seems to be very little shortage of capital to insurance companies to enable them to write business.”

To offer attractive pricing, insurance companies must take on assets that are compliant with matching adjustment under Solvency II capital rules. Solvency II reforms are about broadening the scope of assets eligible for matching adjustment and potentially reducing the amount of capital they need to set aside. A consultation paper is expected later this year.

Some experts think it could help increase the level of supply in the bulk annuity market.

Rooprai says: “It means for a given level of capital, insurers will be able to write more business, and arguably pricing will be better as well if they’re having to put less capital aside. So that’s another dynamic influencing the bulk-annuity market in a positive way.”

It also means additional flexibility to increase the pool of assets insurers are looking at, which will help them to write more business.

Andrew Ward, partner and leader for risk transfer and DB journey planning at Mercer, says that regardless of the outcome of the Solvency II Review “in the meantime, market volatility will probably have more impact on whether a transaction works”.

It was the fund’s first buy-in, with Hymans Robertson acting as lead adviser to the trustee of the scheme, and transaction legal advice provided by Osborne Clarke and CMS.

The scheme’s independent trustee, David Fripp, said in a statement that the buy-in was the “culmination of many months of hard work and close collaboration between a number of parties, largely while working remotely”.

“The fund initially set robust success criteria and is grateful to our advisers for their insights and leadership in helping us to meet and exceed these criteria.”

He continues: “So we would encourage any schemes to be aware there are factors that could improve pricing and factors that can worsen pricing, and ask ‘will I be able to bear the risk in the interim?’. If there’s a transaction that works today, then maybe secure that transaction because it works [unless] you can take more capacity to take that risk in the slightly longer term.” 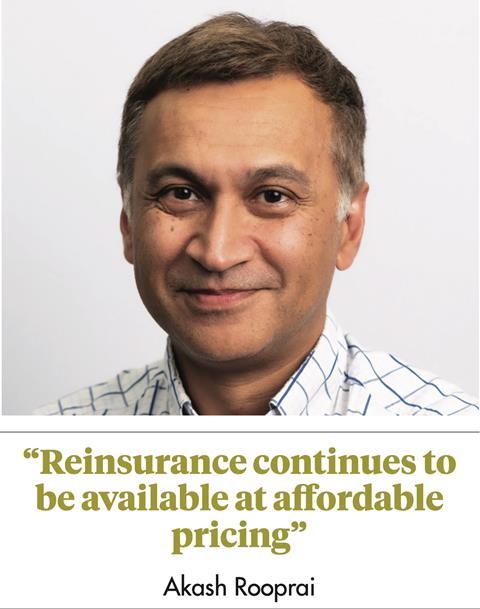 Not all schemes will go down the bulk annuity route. For some, running on may make sense. And while bulk annuities are the traditional route for schemes to transfer risk, there are a growing number of alternatives, with DB superfunds the most high profile.

Ward says: “There are potentially several stages of different transactions. This could include the new DB superfunds, which for some schemes might be a better option than bulk annuities. The same is the case with solutions like capital-backed plans or potentially captives, which is a very powerful way for sponsors to realise some assets. Some of these new solutions, for very particular situations, will become of interest.”

Cardano’s Aponte notes that progress on DB superfunds has been “very slow”.

“Many schemes that are still interested are probably keeping an eye on it but are probably not necessarily investigating those options as they were 18 months ago,” he says. “The current market perception is that the first few deals in the superfund world will be deals that are clear-cut cases, where there’s a strong case for the superfund transaction to deliver good that otherwise would not have been possible going via an insurer. But the reality is that is a very small segment of the market.” 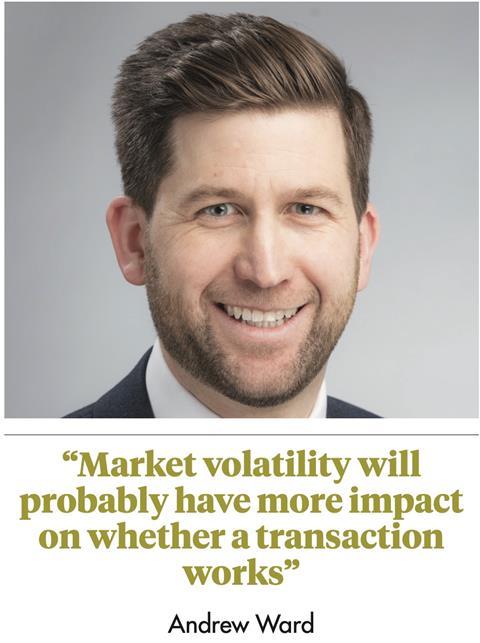 Additional due diligence and care will be inevitable in the DB superfund process.

Rooprai says: “Unlike the insurers, which built teams over time, the DB superfunds won’t have that level of resource, so they will have to pick and choose their first few deals. Therefore, the growth of these consolidators will start off slow. Then if the model works, it will accelerate. The first deal will take a while and then the next one will probably be a bit quicker.”

Aponte thinks the difficulty with alternative solutions is the schemes that really need them – those that are less well funded – are least able to afford them, and those that can are probably too well funded to take that path.

“That is the central conundrum TPR is grappling with – what is the right balance of security, and then recognising security, covenant strength and member benefit protection comes at an expensive cost. It’s very hard to have your cake and eat it.”