A project designed to encourage Dutch pension funds and insurers to invest in domestic assets is to close after demand for funding fell.

The Dutch Investment Institution (NLII) was founded in 2014 as a response to the financial crisis, tasked with structuring local investments for institutional investors. It announced today it would cease its activities following improved market conditions.

The funds have attracted €1.2bn of commitments from Dutch asset owners, but only €360m has been actually invested.

The organisation said that a recent survey had made it clear that many projects could be properly financed by the market without the NLII’s support.

It also found that institutional players often invested directly in large projects, whereas others turned out to be too small for institutional financing, even after being bundled together through the NLII’s funds.

“As a consequence, we no longer see any additional investment issues in which we could play a role,” the organisation said in a statement.

The NLII said it would transfer its expertise on issues such as financing climate investments to its shareholders and partners, which include the large Dutch pension funds ABP, PFZW, PMT and PME as well as pension providers MN and Achmea, and insurers Aegon, ASR and Vivat.

Since 2014, the NLII set up investment funds for corporate loans, subordinated loans and care homes, run by asset managers. During the past four years, the organisation had looked into more than 200 public and private financing issues.

At the NLII’s inception, the expectation was that institutional investors would invest €3bn through the organisation, in particular in loans to small and medium-sized companies as well as projects for sustainability and energy transition as the Netherlands sought to recover from the economic recession it suffered in 2008-09. 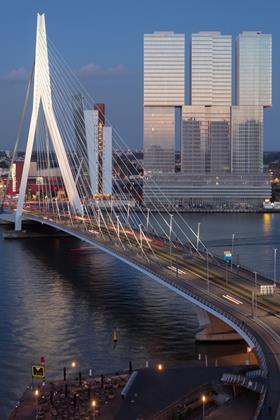 Speaking to Dutch financial newspaper FD, Sibbing said that the lack of suitable projects had been “the greatest disappointment”.

He said financing usually involved uneconomic or too small projects, such as a thermal grid in the Port of Rotterdam area, which would cost €600m while returns were estimated at €400m.

Sibbing added that the NLII had been keen to invest in the local power grid and in airports – currently owned by the Dutch state – but that Dutch investors weren’t welcome in those sectors.

The NLII director also said that planned investments to increase the sustainability of schools turned out to be not attractive, as arrangements had to be made with individual schools.