According to pension advisers, schemes also want them to take into account subjects such as their “premium funding” – indicating whether a scheme’s assets rise or fall as a result of contributions – as well as inflation and climate change.

The new ALM angles from schemes mean a change of focus for the triennial studies. When the new financial assessment framework (nFTK) was introduced in 2015, ALM studies focused in particular on issues such as indexation and contributions, establishing a risk attitude, a one-off increase of the risk profile of investments, and risk hedging for schemes with a low funding ratio.

Three years ago, pension funds established acceptable minimum funding levels and assessed the chances of indexation or benefit cuts, depending on their funding positions.

“They are now assessing whether their adopted risk attitude is still the right one and whether they can further detail the limits,” said Caroline Bosch, partner at Sprenkels & Verschuren. 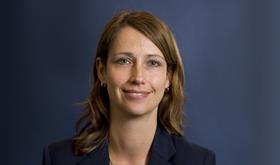 “For example, a pension fund that had capped rights discounts to 10% at the time, now wants to decide on a time horizon.”

Sacha van Hoogdalem, partner at Ortec Finance, added that it was also important to find out whether the risk attitude among a pension fund’s participants, board and social partners had changed.

However, Wichert Hoekert, senior consultant for retirement solutions at Willis Towers Watson, said there was little enthusiasm for such a survey among his clients “as trustees expected no changes”.

Since 2015, premium funding of most schemes has dropped following a fall in interest rates, and trustees wondered if this was still a balanced situation for all participants, Bosch said.

“A structurally low premium funding [level] comes at the expense of a scheme’s coverage ratio, which means that pensioners would contribute to the pensions of workers,” she said.

According to Van Hoogdalem, pension funds could, for example, decide on a minimum level for their premium funding.

“If this floor has been reached, contributions will rise or pensions accrual will drop,” she said.

“Many trustees still vividly remember the situation in 2007, when coverage levels were high, but investment risk was not reduced.”

During the new round of ALM studies, pension funds in good financial shape would like to establish funding level triggers for reducing investment risk.

Hoekert said: “Many trustees still vividly remember the situation in 2007, when coverage levels were high, but investment risk was not reduced.”

Ortec’s Van Hoogdalem pointed out that pension funds – particularly those short of the required funding level for full indexation of approximately 125% – in particular wanted to know whether they could exchange risks without their funding requirements being raised.

“This means exchanging investment risk, such as equity for property, or adding equity to the portfolio to reduce interest rate risk,” he said.

Bosch observed that pension funds also wanted to know whether the addition of illiquid investments – such as real estate, mortgages, direct lending and infrastructure – would raise returns against an acceptable level of risk.

“Trustees indicate which asset classes they want to be taken into account in the ALM study,” she said. “We noticed that they hardly mentioned hedge funds and private equity.”

Sander Gerritsen, head of investment strategy at Wilis Towers Watson, said that pension funds also wanted to know whether they had properly explained their choice for certain investments, such as residential mortgages.

According to Gerritsen, pension funds also asked to look at high-inflation scenarios – contrary to three years ago, when the emphasis was on deflation.

Bosch of Sprenkels & Verschuren pointed out that assessing inflation risk hedging was difficult “because reducing the interest rate hedge in favour of inflation cover would lead to a rise of the required funding ratio”.

Gerritsen added that pension funds wanted to have scenarios for climate change to be factored into their ALM study for the first time: “Their question is what the impact on oil prices would be and, for the longer term, the effects on risks and returns of asset classes.”