The recent pensions agreement in the Netherlands is a threat to well-funded schemes, according to the chair of one of the country’s biggest pension funds.

Bram Stegeman, chairman of the €11bn occupational scheme for general practitioners (SPH), said the agreement between the government and social partners had suggested that funding surpluses should be shared across pension funds’ participants.

In an interview with Dutch pensions publication Pensioen Pro, Stegeman said that such a measure would be “unworkable” because it could lead to “war” between participants.

After a pensions agreement was struck in June, a new pensions contract is to be fleshed out around a coverage ratio of 100%, with surpluses and shortfalls to be settled either gradually or immediately.

However, Stegeman said SPH’s participants opposed sharing out the pension fund’s surplus assets as this buffer provided solidarity between different generations of members, and helped the scheme to prepare for economic headwinds. “Moreover, it enables us to take investment risk,” he added.

Stegeman acknowledged that the pensions agreement had been designed to tackle problems for the large sector schemes, but argued that the negative effects for healthy pension funds should also be addressed. 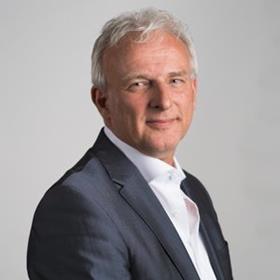 In his opinion, the current agreement did not take into account sufficiently the large differences between pension funds.

“Largely as a consequence of falling interest rates, we haven’t been able to grant the full indexation,” Stegeman said. “And following declining equity markets, our funding has now fallen to below 130%.”

According to the SPH chairman, the pensions agreement had not provided clarity about what well financed pension funds should do with their surplus assets.

He said that his scheme’s participants had rejected the possible alternative of switching to defined contribution arrangements, as they preferred a collective approach with mutual solidarity.

Stegeman also criticised the government’s decision to replace average pensions accrual with an age-dependent degressive one, which was deemed to be fairer to all generations of workers.

“As general practitioners never leave our pension fund, average accrual isn’t a problem at SPH,” he argued. “If we must abolish this, we need to compensate groups within our participant population, which won’t solve anything and is likely to cause frictions.”

In a recent study into the ‘open ends’ of a transition to a collective pensions contract with degressive accrual, the Pensions Federation questioned whether settling surpluses and shortfalls was the most desirable approach.

“At pension funds with a high nominal funding in particular, this would lead to quickly sharing out surpluses, which would come at the expense of younger generations,” it said.

The report advocated increased prudency through setting the threshold for sharing out surpluses higher than 100%.

“It would be strange to suddenly share out our financial buffers, in particular as we don’t have inflation compensation in arrears,” he said. “The buffer is meant for bad times.”