Despite ranking as the world’s best in the Melbourne Mercer Global Pension index, the Netherlands’ pensions system is being hit by too much complexity and ineffective regulation, according to Dutch-Canadian pensions expert Keith Ambachtsheer.

In the aftermath of the financial crisis, overly strict solvency rules have led to benefit cuts, causing trust in the system to plummet, he argues. The Netherlands could benefit from a simpler system with assets divided across a return-generating pool for pensions accrual and a safety pool for paying pensions, as he explained to IPE’s Leen Preesman.

Leen Preesman: What is the main problem with the Dutch pensions system?

Keith Ambachtsheer: The financial assessment framework (FTK), introduced just prior to the financial crisis, is designed to ensure pension funds have sufficient assets to pay out all their obligations. The problem is that it is very sensitive to market volatility, which means benefit cuts are likely in times of economic headwinds. As cuts severely impact people’s trust, a pension system must be designed to avoid discounts. The simplest way to ensure this is to have separate pools for return generation and payment safety.

A more challenging design would be to maintain only one pool, but to ensure that it always has a sufficient financial buffer so that benefits can be guaranteed. Canadian pension plans have opted for this ‘going concern’ approach. They are reporting funding of more than 110% on average, which would have been only 80% under Dutch FTK rules.

The constant pressure to reduce solvency risk to avoid further pension cuts has reduced the long-term wealth-creating capability of the massive €1.4trn pool of Dutch retirement savings. Too much of this is dead money locked up in low-return fixed income instruments.

What’s more, in the current debate it seems that the historical Dutch quest for solidarity has been replaced with an inability to abandon opposing views of what ought to be done. Stubbornness among the stakeholders is winning out over reasonable compromise, to the detriment of true solidarity.

LP: What would be your solution?

KA: For each pension fund, start by calculating how much would be needed to meet pension promises based on a realistic long-term return of 5%, and top this up with a 20% buffer. Allocate the assets fairly to individual participants divided – on an age-related basis – across the return generation and payment safety pool. Once in place, money shifts slowly from the individually owned assets in the return pool to the collective safety pool. The shift should commence when a participant reaches the age of 60 and be completed over a 10 or 15-year period.

This would avoid the conflict-creating mechanics of collective intergenerational risk-sharing. As the ownership rights are clear, this approach would also solve the issue of younger workers subsidising their older colleagues under average pensions accrual. 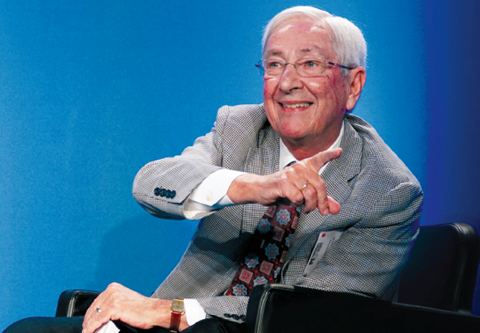 This structure offers the Dutch regulator DNB more latitude in letting pension funds deliver good pensions at a good price. It should allow them to ramp up their long-term returns through integrated strategies, combining modest leverage and insourcing as well as private markets. The pension systems in Canada and Australia have greatly benefited from such regulatory leeway.

In my view, the Dutch government should force a breakthrough in the reform debate as it has ultimate responsibility to the population. If it keeps seeing work-related pensions as the prerogative of the social partners, the dialogue will keep going round in circles. The social partners, for their turn, should take a deep breath and refrain from making new and more complicated demands.

LP: What would be key to restoring trust among pension fund participants?

KA: Seek agreement on how the structure of pension plans can be explained and understood by ordinary people. Show that they are fair. And promise to never cut pensions again, except in extreme circumstances.

LP: Does the risk-free rate – championed by the regulator and the government, but loathed by the trade unions and pensioners – make sense as the discount rate for liabilities in target arrangements?

LP: Is the Dutch government’s decision to raise the official retirement age for the state pension (AOW) from 65 in 2013 to 67 and three months in 2022 sensible? Or do the unions, who argue this is too far too quickly for workers in hard physical jobs, have a point?

KA: Rather than a system with an arbitrary single retirement age, it would be better to evolve to a system with choices, providing for lower benefits for people who retire early and vice versa. In Canada, workers can opt to retire between the ages of 60 and 70. Introducing this would not be complicated.

LP: Should self-employed and ‘flexible’ workers be forced to save for a pension as the unions want?

KA: This is a social issue. Making pensions saving mandatory is difficult for workers with an unpredictable income. Therefore, keep the system simple and make joining it as attractive as possible.

LP: Which lessons should the UK learn from pensions reform in the Netherlands as it looks at bringing in CDC?

KA: If the UK really wants to adopt CDC, it should avoid the mistakes the Dutch have made in the past 10 years. Collective accrual combined with intergenerational risk-sharing, for example, is a recipe for difficulties. However, the concept of NEST as a default workplace pension plan is sensible as it keeps decumulation separate from the accrual phase.