Provisum, the €1.1bn Dutch pension fund of retailer C&A, is to cut its hedge funds holdings as they no longer matched with its sustainable investment policy.

It previously indicated that it wasn’t happy with the asset class because of its high management costs.

Provisum had allocated approximately 10% of its investment portfolio to hedge funds, which performed as they should until 2015.

In 2017, the scheme started discussing costs with its asset manager Anthos, the in-house manager for the Brenninkmeijer family, the owners of C&A.

Based on a cost analysis and an asset-liability management study (ALM) in 2018, Provisum decided to cease investing in hedge funds. It also cited the lack of transparency and accountability for sustainable investment as reasons to abolish the asset class. 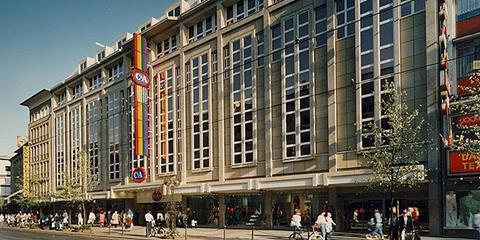 A C&A outlet in the UK

During the first three quarters of 2018, the C&A scheme reported a net result of 4.3% for its hedge funds portfolio.

The pension fund said it would replace hedge funds with fixed income and equity allocations, which it expected to generate more stable returns.

It added that the ALM study had shown that it could afford to reduce the risk profile of its investment portfolio in order to meet its target of a pension that would keep up with inflation.

The scheme explained that its fixed income portfolio was diversified across matching AAA-rated European government bonds, “return bonds” of other European countries with a high creditworthiness, and “higher return bonds”, comprising corporate and government credit with a relatively low rating.

A survey by IPE’s Dutch sister publication Pensioen Pro showed that the trend of pension funds divesting their hedge fund holdings continued through 2017, with their combined holdings dropping from €25.5bn to €23.6bn.

At the start of 2015, Dutch schemes had invested almost €30bn in total in the asset class.