The €4.6bn Dutch pension fund of retailer Ahold Delhaize missed out on 2.1 percentage points of additional return due to the effect of rising interest rates on its 60% interest rate hedge.

Its final return was 3% for the year, it said in its annual report. However, the impact of rising rates on its liabilities meant its funding ratio improved by 5.7 percentage points to 109.7%.

The Ahold Pensioenfonds said its coverage was also boosted by an additional contribution by the employer, which paid more than €28m to raise funding to the minimum required level of 104%.

Despite the improved coverage ratio, funding was not sufficient to grant indexation, the board said.

The scheme’s investment policy allows it to increase its risk exposure as its financial buffers improve, and vice versa. The pension fund said that an asset-liability management study to be carried out this year would establish whether its current asset mix needed adjusting. 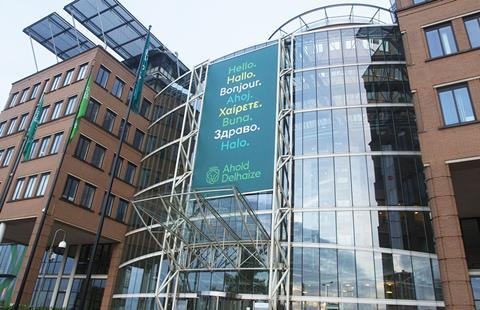 In contrast, listed property and high-yield bonds had generated losses of 2.1% and 2.3%, respectively.

The scheme’s holdings in AAA-rated government bonds and mortgages yielded 0.3% and 3%, respectively.

The Ahold Pensioenfonds said it was continuing to divest its holdings in non-listed real estate and alternatives, as it had concluded that they “added insufficient value to its investment mix, were relatively expensive as well as less easy to trade”.

The pension fund is to rebrand to Ahold Delhaize Pensioen this year, in line with the name of the merged company that was established in 2016.

However, according to Renate Pijst, the scheme’s director, there are no plans to merge the company’s Dutch and Belgian pension funds.