Pension funds would have to carry out “due diligence” in relation to environmental, social and corporate governance (ESG) factors under amendments to a European Commission proposal that have been tabled by the politician leading the European Parliament’s response.

According to Paul Tang, a Dutch national in the parliament’s socialists and democrats group, due diligence means “an ongoing process through which investors identify, avoid, mitigate, account for and communicate about how actual or potential adverse ESG factors and risks are integrated in investment decision-making and risk management systems”.

Tang is the “rapporteur” on the Commission’s proposal for a regulation “on disclosures relating to sustainable investments and sustainability risks”, which is part of the implementation of its sustainable finance action plan. He is responsible for leading on the development of the parliament’s position on the Commission’s proposal within the committee on economic and monetary affairs (ECON).

Under Tang’s version of the Commission’s proposal, investors would have to carry out due diligence in line with recommendations set out under the OECD’s “guidelines for multinational enterprises”.

Tang’s proposed legislative text states that by carrying out due diligence in the prescribed way, investors would “not only be able to avoid negative impacts of their investments on society and the environment, but also avoid financial and reputational risks, respond to expectations of their clients and beneficiaries, and contribute to global goals on climate and sustainable development”.

“In doing so, financial market participants will be obliged to move beyond a merely financial understanding of their investor duties,” the text added.

The due diligence processes would have to be published on investors’ websites.

More specific obligations – such as minimum standards – would be set out under so-called delegated acts to be adopted by the Commission, according to Tang’s proposal. 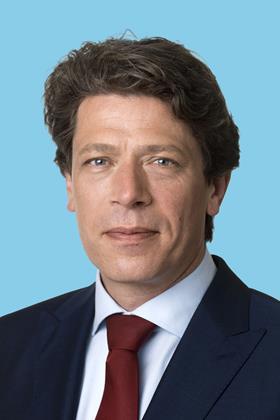 The member of the European Parliament (MEP) has also proposed that pension funds be required to actively consult beneficiaries when deciding what investments would be in their “best interests”.

“Without prejudice to the discretion for trustees or responsible appointees for final choice of investment strategy, and in accordance with due diligence processes… the ‘best interest’ of beneficiaries is to be determined in active consultation with beneficiaries,” Tang wrote.

Under Tang’s proposal, this requirement would be introduced by way of an amendment to the prudent person rule set out in IORP II, the revised EU pension fund directive that member states have until mid-January to implement.

The MEP has also proposed more demanding requirements in relation to the pay policies of financial market participants, saying they should be used “as a mechanism to avoid unwanted sustainability risks and to encourage sustainable investments”.

Under his version of the regulation, executive directors of financial market participants would be required to “set out sustainable investment targets of minimum 50%” when establishing performance measurement criteria for variable pay.

The targets could be based on achieving objectives in line with the UN Sustainable Development Goals.

Other members of the European Parliament’s ECON committee have until 19 September to table their own amendments to the Commission’s proposal. The MEPs will then negotiate on the committee’s position, with a vote scheduled to take place on 5 November.