The UK’s pension fund trade body has rejected changes proposed by the government in relation to trustees taking members’ views into account, saying they were “neither practical nor purposeful”.

Last month the Department for Work and Pensions (DWP) launched a consultation on proposed changes to the investment regulations for occupational pension schemes, which aimed to clear up confusion – stemming from the wording of the current rules – about trustees’ duties to consider environmental, social and corporate governance (ESG) matters in investment.

Responding to the consultation, which closed yesterday, the Pensions and Lifetime Savings Association (PLSA) said it supported the proposed clarification of the difference between ethical considerations and financially material ESG considerations, but that it did not support the proposed changes with respect to scheme members’ views.

“As currently presented, we think that the proposals in this area run the risk of causing greater confusion for trustees, raising false expectations among members and potentially reducing members’ willingness to engage with their pension savings,” said the PLSA.

The DWP proposed that trustees be required to set out the extent to which they take members’ views on non-financial matters into account when making investment decisions.

The PLSA said the government should drop the proposed changes and the Pensions Regulator should instead provide further guidance on what constituted best practice “on thinking about when to canvass member views”. 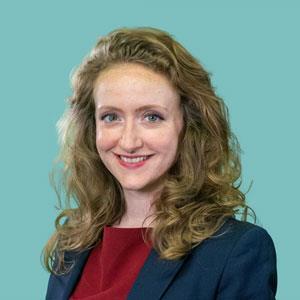 Caroline Escott, investment and DB policy lead at the PLSA and author of the response to the DWP consultation

The desirability of any regulatory requirements could then be considered once evidence had been gathered to inform potential solutions to the challenges involved in taking member views into account, the PLSA said.

According to the association, the risk of misinterpretation and false expectations being raised among pension scheme members was despite the DWP’s consultation document making clear that trustees retain primacy on investment issues and the government’s commitment to getting this message across – including to the “surrounding press”.

The association also registered concerns about the proposals for trustees of defined contribution (DC) schemes to report on how they implemented their investment principles.

The PLSA warned that the costs of producing such a report, in particular for smaller schemes, would outweigh the limited benefits.

It also urged the government to explain to the industry how the proposed changes to the investment regulations align with new requirements for responsible investment placed on schemes by the new EU pension fund directive.

IORP II, as the legislation is known, must be implemented by member states by 13 January, two months before the UK is to leave the EU.

The PLSA also suggested that the DWP consider whether requirements for schemes to produce a statement of investment principles should be split for defined benefit and DC schemes.

The PLSA also said it did not believe a reference to climate change specifically should be included in the new regulations.

The association said it was not helpful to pick out specific examples of ESG factors in the regulations themselves, as doing so might lead trustees to infer that it was the most important factor to consider when others may be more relevant to their portfolio.

Explicitly mentioning climate change also suggested it would always be material in all cases, when this may not be the case, the association said.

However, activist law firm ClientEarth hit back at the PLSA’s stance.

Alice Garton, a finance lawyer at ClientEarth, said: “Climate change must be on trustees’ agendas – too many pension professionals are still worryingly under-informed about the pressing portfolio risks it poses.

“The recent proposals from the DWP are a crucial step in making that happen and not a moment too soon. It would be hugely irresponsible to row back on this important development.”

In a statement ClientEarth acknowledged that the pension fund association’s response to the DWP consultation stated that “climate change poses a substantial risk to the business models of companies in nearly every sector, and the stability of the financial system”.

According to ClientEarth, the scale and systemic nature of the risks associated with climate change and the low carbon transition set climate change apart from other ESG factors.

The PLSA and ClientEarth co-published a report in 2017 to support trustees in integrating climate risk into investment decision-making.