The green bond market has had a strong run in the wake of the December 2015 Paris climate-change agreement, Susanna Rust reports

Green bonds, according to rating agency Standard & Poor’s, “are the most prolific of the green finance instruments developed to date”.

Indeed, the green bond market looks to be going from strength to strength. This year so far issuance volumes have already surpassed the total for 2015, according to figures from the not-for-profit organisation Climate Bonds Initiative (CBI).

The market has also broadened by issuer type and geography. The involvement of issuers from large emerging market countries such as China and India has provided a important boost.

Every week there seems to be a new first in the green bond market. In September, for example, the French government announced plans to issue green bonds as of next year. This could make it the first sovereign to tap the asset class.

Earlier this year, SEB, a Swedish bank that has played a key role in the green bond market, predicted $80bn-100bn of issuance for 2016, in part based on “the decisiveness embedded in the Paris Agreement”.

Asset managers have noticed the momentum in the market, with some having decided it has reached a stage of development that warrants designating green bonds as a standalone asset class. 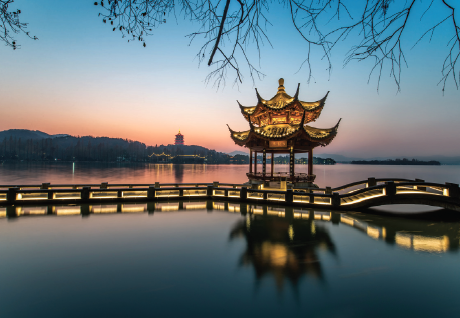 In April, for example, Sweden’s AP2 announced that it would create a standalone green bond portfolio and implement a strategic allocation to green bonds, of 1%, or SEK3bn (€327m), even though its holdings already exceeded that target.

And in France, Ircantec, the €9.2bn French public sector pension scheme, has also decided to launch a dedicated green bond fund. It had around €300m invested in green bonds by July 2016, housed in its general bond portfolio. Préfon, meanwhile, the association behind a €16bn voluntary additional insurance-based retirement scheme for French civil servants, has said that one of its projects for 2016 is to work with the insurers managing its assets to get a consolidated overview of its green bond holdings.

“This will help us to go further,” Christian Carrega, chief executive at Préfon told IPE.

AP3, the third Swedish buffer fund, has set itself the goal of trebling its green bond investments over the next three years, from SEK4.5bn to SEK15bn by 2018.

Although the momentum in the green bond market may have influenced the decision, its purpose is very much to help further fuel its growth, according to Peter Lundkvist, senior strategist and head of corporate governance at AP3.

“We said we want to help develop the market,” he told IPE.

Indeed, for all its momentum and the attention it gets, the green bond market is still small.

In a report on green finance in July, the G20 Green Finance Study Group (GFSG) said 1% of bonds issued globally are identified (labelled) as green bonds.

“The potential for scaling-up the green bond market is significant, if market and institutional challenges constraining its development are addressed,” the GFSG said in its report.

Institutional asset owners would be keen for this to happen, with many large European pension funds calling, for some time now, for action from government and the private sector to provide the right conditions to increase investment in green bonds.

To a certain extent, as observed by the GFSG, in markets where there is already strong investor demand for green bonds this is about ensuring there is enough of a pipeline of environmental projects for green bonds to be able to be issued – tackling the supply side of the equation, in other words.

Another aspect has to do with standardisation and what might be called ‘quality assurance’.

Piet Klop, senior adviser, responsible investment at PGGM, the Dutch asset manager that manages €197bn pension fund PFZW, says that green bonds are a good fit for PGGM but that it has concerns about liquidity and the credibility of the market.

He says it is positive that there are standards such as the Green Bond Principles or the CBI’s standard, which is developed by the International Capital Market Association (ICMA), “because.… we have seen it before in experimental markets, that the bottom can easily fall out the moment credibility is lost”.

“We need to make sure that we’re not engaging in a big greenwash operation here,” he says, adding that this is also about protecting PGGM’s reputation.

As Standard & Poor’s puts it, there is a growing “market interest for information relating to the green credentials of capital market instruments”.

In what many have hailed as a significant and even historic move, the challenges facing green finance, including green bonds, were addressed by the G20 in the group’s communiqué at the end of the 2016 summit, held over 4-5 September in Hangzhou, China.

In this statement, the leaders of the world’s 20 largest economies said that: “to support environmentally sustainable growth globally, it is necessary to scale up green financing”.

This, it has been noted, is the first time that G20 leaders have incorporated green finance as a key theme in a summit communiqué, a move that backs the G20’s decision in December 2015 to establish the GFSG, which is co-chaired by China and the UK.

Andrew Voysey, director of the Cambridge Centre for Sustainable Finance, which is an advisory partner to the GFSG, said the G20 leaders “made a watershed decision to consider how to ‘green’ the financial system”.

The communiqué also stated that the G20 leaders “welcome” the synthesis report developed by the GFSG and the voluntary options it came up with “to enhance the ability of the financial system to mobilise private capital for green investment”.

Of the seven options that the GFSG identified, two of these specifically address green bonds, for example the suggestion that the development of local green bond markets be supported, but many of the others go to the core of the challenges facing green finance across asset classes.

These include the notion that public authorities in individual countries should “provide clearer environmental and economic policy signals for investors regarding the strategic framework for green investment”, be it the UN’s Sustainable Development Goals or the Paris Agreement, or improve “the measurement of green finance activities and their impacts”.

Time will enable an assessment of the significance of the G20’s embrace of green finance. Symbolically it is compelling and the level of detail the communiqué went into is also encouraging. This is at least so for those asset owners that are hopeful for more opportunity to put capital to work in a way that allows them to reap financial returns while contributing to sustainable economic growth.