Investors should be alert to the possibility of the chemical sector facing a regulatory clampdown due to its links to plastic packaging that ends up as waste, CDP has suggested.

“Just as carmakers faced a regulatory backlash when the consequences of diesel on air pollution became clear, chemical companies could face a similar ‘diesel moment’ because of their links to plastic packaging,” the research provider said upon releasing a report on the chemical sector, ‘Catalyst for Change’.

Some 8m tonnes of plastics end up in the oceans every year, and it is estimated that there will be one tonne of plastic for every three tonnes of fish by 2025.

“Plastic packaging, which accounts for 26% of the total volume of plastics used, has come under increasing scrutiny as it clogs up our urban infrastructure and pollutes our oceans and seas,” said CDP.

Regulatory pressure has been increasing for the world’s economy to become more “circular”, meaning that plastics and other materials no longer become waste but are re-incorporated into the system as a resource. 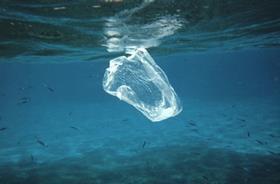 There is interest in the circular economy, in particular at the level of the European Union.

Plastics consume the majority of petrochemical products, using 6% of global oil consumption a year, according to CDP.

A resolution passed by the European Parliament on Wednesday states that pension funds should commit to divesting from fossil fuels.

The relevant passage of the resolution, which was adopted by a show of hands, states that the European Parliament:

”Calls on governments and public and private financial institutions, including banks, pension funds and insurance firms, to make an ambitious commitment to aligning lending and investment practices with the global average temperature target of well below 2°C, in line with Article 2(1)(c) of the Paris Agreement, and divesting from fossil fuels, including by phasing out export credits for fossil fuel investments; calls for specific public guarantees to promote green investment and labels and offer fiscal advantages for green investment funds and the issuing of green bonds.”

Elo has €21.8bn of assets under management, according to IPE’s Top 1000 Pension Funds survey.

The Northern Ireland Local Government Officers’ Superannuation Committee (NILGOSC) has published figures about its shareholding voting activity. It said that during the 12 months to 30 June it cast a total of 8,143 votes, including 30.6% against management recommendation. It voted at meetings held by companies listed in various countries, voting in 30 jurisdictions in total.

‘Out of whack’ CEO pay

Pay taken home by chief executive officers at US listed companies is just as out of line with long-term shareholder returns as awarded pay, according to MSCI.

Awarded pay sets out the range of their potential earnings, while realised pay is how much the CEOs actually pocket after exercising equity grants.

MSCI said it found that realised pay was just as poorly aligned with long-term performance as awarded pay.

“More than 61% of the companies we studied exhibited poor alignment relative to their peers,” it said.

”These findings suggest that the 40-year-old approach of using equity compensation to align the interests of CEOs with shareholders may be broken,” said MSCI.

Ethical funds: Not what they say on the tin?

Vanguard, Aberdeen and Friends Life offer funds with holdings that are at odds with the funds being billed as sustainable, according to a review of UK ethical and environmental funds by financial adviser Castlefield.

It categorised them as “spinners”, potentially misleading negatively screened funds with some investments in companies contributing to environmental and social problems.

At Vanguard, Castlefield took issue with its SRI European Stock Fund because it featured British American Tobacco and Royal Dutch Shell in its top 10 holdings. In the case of the Aberdeen Ethical World Fund, it felt the inclusion of EOG Resources – a US crude oil and natural gas company that uses flaring and has faced accusations of illegally burying waste – was at odds with the fund’s ethical label.

The WHEB Sustainability Fund, Liontrust UK Ethical Fund and Rathbone Ethical Bond Fund were Castlefield’s “winners”. The adviser saw them as organisations “demonstrating transparency whilst making a significant contribution towards the growth of the responsible investment market”.

The adviser is calling on the UK’s Financial Conduct Authority to change marketing rules to stop “greenwashing”. Its report, which relays comments from some of the managers, will be publicly available on its website from Monday.