BNP Paribas Asset Management has extended its tobacco exclusion policy to apply to its “mainstream investments”.

It will exclude tobacco from the actively-managed collective investment vehicles over which it has full discretion, it announced on Thursday.

The policy has been applied to its sustainable portfolios since 2002, when the asset manager launched its first socially responsible investment fund.

BNP Paribas said the decision took into account concerns about public health and human rights abuses as well as the economic cost associated with tobacco.

The policy will be implemented gradually, with divestment expected to be complete by the end of 2018. 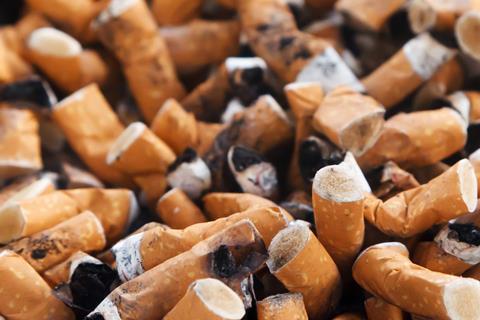 “We recognise the important role that long term capital plays in tackling major global issues and with an increasing number of asset owners, insurers and pension funds excluding tobacco from their investments, we are taking into account growing international concerns about the risks posed by tobacco.”

ABP, Europe’s biggest pension fund, announced in January that it would sell all its holdings in tobacco and nuclear weapons, and French public sector scheme Ircantec has also this year decided to pull out of the industry.

As part of a wider consultation about changes to its ESG indices, it had asked investors if companies involved in tobacco should be added to a list of “worst offenders” and therefore excluded from all MSCI ESG Indexes. It said it did not observe a consensus about this, but that a number of market participants had expressed interest in tobacco divestment.

Asset managers react to US shooting

In the wake of the school shooting in Florida in February, US asset managers have announced they will engage with weapons manufacturers and distributors.

State Street said it would be seeking “greater transparency from them on the ways that they will support the safe and responsible use of their products”.

It also said it would ensure that any of its shareholder resources used to fund public advocacy would be line with the company’s public views.

In a statement, BlackRock said index providers were responsible for the construction of their indices and that it could not sell shares in a weapons manufacturer or distributor if it was in an index, but that it would engage with them “to understand their response to recent events”.

It was also working with clients who wanted to exclude from their portfolios weapons manufacturers or other companies that did not align with their values.

The UK pension fund association has recommended that the country’s Stewardship Code should ask investors to set out how they consider the environmental and social impact of their investments.

Investors were under increasing pressure to align their practices “with the interests of wider society”, it noted in its response to a consultation by the Financial Reporting Council (FRC).

The FRC will formally consult on amendments to the Stewardship Code later this year, but included some preliminary questions about it in its consultation on the Corporate Governance Code. This closed on Wednesday.

The PLSA said “impact” would be the most appropriate term to use in a new provision in the Stewardship Code as it was relevant to a wider range of stakeholders than the related concept of ESG, which referred only to how environmental, social, and/or governance considerations could shape investment returns.

The PLSA also advocated for the term ‘impact’ because it was likely “to have long-term applicability and cover emerging environmental/societal concerns”, such as the use of plastics. In the UK, a recently-aired episode of the popular marine life TV documentary Blue Planet II sensitised many to plastic pollution in oceans and the toll on wildlife, sparking pledges for action by private citizens, businesses and politicians.

With regard to the Corporate Governance Code, the PLSA welcomed FRC proposals for it to introduce a greater stakeholder voice in boardroom decision-making, but warned that care needed to be taken with the specifics of implementation.

Luke Hildyard, policy lead for stewardship and corporate governance at the PLSA, said: “There is a risk that these new measures will represent an ineffective gesture unless the different options for increasing stakeholder voice include key rights and responsibilities.”

A proposed new provision in the code sets out three options for integrating “the employee voice” in the boardroom: a director appointed from the workforce, a formal workforce advisory council, or a designated non-executive director.

The PLSA also welcomed the new code’s focus on diversity at senior levels of companies, but warned that proposed new guidance would do little to discourage excessive pay awards.