Ahead of the curve - Green assets: An alternative to green bonds

Policy performance bonds, in which returns are linked to ESG outcomes, would be a positive alternative to green bonds

Net zero carbon emissions pledges are popular – from governments, corporates and asset managers themselves – and the task of ‘greening’ the transition is central for stakeholders across the global economy. But what is so special about ‘green’ finance?

Green is characterised as an area in which externalities – that is uncosted effects such as pollution – roam wild. There are many areas of green including climate change, forestry, water, biodiversity. Indeed, there are shades as well including green, brown and recently olive. But let’s focus on climate change and energy. At its core, a green energy project is still an energy project subject to normal financial analyses of price forecasts, and capital, construction, and maintenance costs.

What makes green finance special is its sensitivity to government policy. Government has undue influence on setting the energy price; providing subsidies; charging for externalities; or awarding planning permission. Government policy has an untoward influence on the development of international and domestic markets for nuclear, solar, onshore wind, offshore wind, batteries, hydrogen, or energy storage. Yet, after decades of government lip service to ‘green’, policy remains unstable, and hence green markets do too.

Meanwhile, client pressure has the investment industry focusing on a theory that raising the cost of capital through non-financial environmental, social, and governance (ESG) measures might make a difference. In addition to this integration, why not just cost the externality of carbon – that is, bear the real cost through an auctioned emissions trading scheme? For many investors assessing the near, medium and long-term avenues into green finance, the key policy instability remains front of mind. What will it take to stabilise – and normalise – green finance? 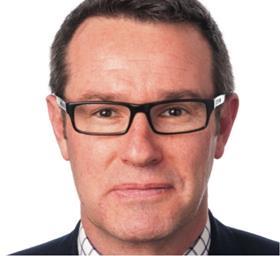 Green energy tends to have two non-policy distinguishing characteristics. Renewable energy projects typically derive higher ‘up-front’ costs and lower ‘in-production’ costs, meaning a lower levelised cost of electricity (LCOE) overall. Traditional fossil fuel competitors come with ‘embedded storage’; a barrel of oil is still available to burn a century from now, while a wind turbine’s energy must be used immediately. Up-front costs are a fact of finance. The embedded storage gap could be filled with an energy storage market.

Yet policy risks loom larger. Governments do not favour ‘green’, as net zero commitments might be expected to mandate them to. Traditional fossil fuel competitors still get subsidies. Changeable and moody, the public welcomes pronouncements. Most recently, ‘net-zero emissions by 2050’, has become popular, which under the current policy framework, cannot be compatible with subsidies to fossil fuel.

The UK claims to have set ‘legally binding’ targets via the Climate Change Act 2008 that committed the UK to an 80% reduction in carbon emissions relative to the levels in 1990, to be achieved by 2050. In June 2019, secondary legislation was passed that extended that target to “at least 100%”, net-zero emissions by 2050. If the UK government does not achieve that target it takes itself to court and gives itself a slap on the wrist in 2051. Not a particularly compelling argument for investors to make a three-decade commitment.

This is where policy performance bonds could shine. These are fixed income instruments that represent a loan made by an investor to a borrower, but critically, where the interest rate is tied to a policy outcome. Government inflation-linked or inflation-indexed bonds are long-standing examples of policy performance bonds. A government issues the bond for a specific inflation target, say 2%, and pays interest above that based on inflation. If inflation is 5%, the bond might pay 3%. 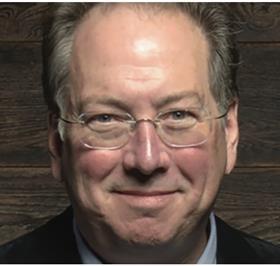 Since 2018, corporates have been issuing policy performance bonds, which are different from the past decade’s green bonds (typically tied to specific projects). They are ‘linked’ to ESG targets, that is, the issuer is putting its money where its mouth is on guaranteeing outcomes.

Unlike green bonds, policy performance bonds are agnostic to how funds raised are applied but focused on achieving targeted outcomes. These instruments are less expensive to administer and harder hitting on underperformance than un-hypothecated green bonds. Terminology is still evolving with policy performance bonds, currently also known as ‘positive incentive’ or ‘sustainability-linked’ loans. Popularity is growing rapidly. Is it not time a government issued one on its green policies?

Today’s investment portfolios have to hedge government policy risk. In the case of green finance, perversely that might lead investors to making sure their portfolios have some brown finance, at the moment quite a bit of brown – finance – at the very time when that is incompatible with the end target.

Is it reasonable to expect portfolio managers – and by extension pension funds – to meekly take the risk that capricious government policy changes yet again and perhaps favour fossil fuels? Governments do not incur charges for policy changes. Nobody compensates investors who follow government policy today only to find themselves wrong-footed tomorrow.

However, with a government policy performance bond, investors can hedge government policy risk, just as they do with inflation. For example, a UK government bond tied to net-zero emissions 2050 implies about a 3.5% annual reduction over the next 28 years. If two years from now emissions are at today’s levels, rather than at a 93% policy target, such a bond would pay 7% interest. If emissions are below 93%, then it is an interest-free loan to the government.

The impact on investment would be profound. Investors who do not trust governments to achieve the net-zero emissions 2050 policy can hedge their portfolios with such bonds, not necessarily with fossil fuel investments. For investors with just a smidgeon of mistrust, they can purchase such bonds in proportion to their lack of faith.

For all investors, such a strong signal by government that policy will be stable, and the stated transition pathway is real is incredibly powerful. Portfolio investors will have the opportunity to be compensated for failure to meet these scenarios and can redirect their investment into green energy.

Michael Mainelli is emeritus professor of commerce at Gresham College and executive chairman of Z/Yen Group. Eoin Murray is head of investment at the international business of Federated Hermes