Ahead of the curve: Occupation could trump sex

There remains a great deal of popular debate about such things as the sex-linked glass ceiling, cliff, escalator and the ‘sticky’ floor, all of which imply that career opportunities are different for men and women.

There remains a great deal of popular debate about such things as the sex-linked glass ceiling, cliff, escalator and the ‘sticky’ floor, all of which imply that career opportunities are different for men and women.

But what of the world of fund management, a domain typically dominated by men? If people are asked to think of almost anyone in the financial sector – accountant, actuary, banker, investment/portfolio manager, trader – the image might be of a man, often a young(ish), highly assertive, perhaps brash and risk-taking twenty-to-forty year old.

Yet there are women both in and breaking into this world of employment. Some are welcome; many thrive and this is likely to increase. But is there a sex difference in stock-picking? Is there any evidence that men out-perform women or vice versa? There is data on the success of portfolio managers which is relatively easy to measure if not explain.

About six months ago, a Goldman Sachs report found that women fund managers did best in recent times. The average female-managed fund has lagged its benchmark by 0.6% last year, while the average fund with no woman as a manager underperformed by 1.6%. The edge was still apparent when adjusted for the riskiness of different funds. Neither sex did well, but women did less badly. In its report, Goldman noted that out of the 496 large-cap funds it has analysed recently, 14 have an all-female fund manager team, while 380 are all male.

There have been various spotlights on, and awards given to particularly successful women portfolio managers. But if there is any good reliable and robust evidence that either sex seems to do better than to other, how do we explain it? Hopefully if the findings can be replicated the chance explanation can be eliminated or at any rate reduced. And, of course, it is also necessary to control for a range of other confounding variables.

One place to begin the research is to look at the question through the lens of behavioural economics and short-cut behavioural biases. There is a long and growing list of these biases which clearly affect all, especially with respect to decision making. But given this research has been conducted for well over two decades now, what is the evidence? Indeed, there is so much evidence that there are now reviews of the studies.

What does the research say? First, there are some well-established and replicated findings. Several studies have shown that hubris (of many kinds) is often associated with men, and humility with women. Second, some studies have suggested that women are more prone to anchoring, herding and hindsight bias than men. Others that men are in general more logical and bias-resistant than women, but they have been hard to replicate. 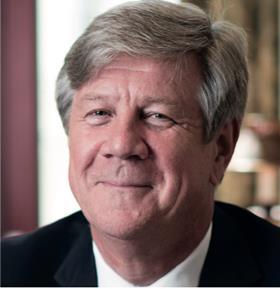 An important issue is job selection. It is called attraction-selection-attrition theory: certain types of people are attracted to particular types (because of the nature of the work, the reward structure); those selected tend to be similar in their abilities, personality and motivation; they are then socialised and taught the work-style, corporate culture and values of those in the industry; and if it does not suit them there is attrition: they leave.

This is why there are so many similarities in people with similar jobs; and all the jokes about accountants, lawyers and sales-people. This means people in the same job tend to have a lot in common irrespective of their sex, race or whatever. A female pilot then would have more in common with a male pilot than, say, a female nurse.

“Where any group that has been precluded from entering any profession for any reason and the door is opened, albeit slowly, reluctantly and very little, those who ‘make it’ tend to be well above average in the qualities that are valued”

So, to get back to financial analysts. What is known is that where any group that has been precluded from entering any profession for any reason and the door is opened, albeit slowly, reluctantly and very little, those who ‘make it’ tend to be well above average in the qualities that are valued. Those in the minority have to display ideal profiles and qualities. They are examined more stringently than the majority, literally in the ‘old-boys network’.

If this analysis is true, and if one selection issue is bias-proneness, it may be expected that women in finance are less prone to cognitive errors and decision biases, most of all over-confidence and optimism: a regular cause of poor decision making. Maybe this in part accounts for the Goldman Sachs findings.

And equally, over time, it might be expected that as there will be more “gender equality” with this being much less of a problem, the tougher-selection that women go through will be reduced leading to equality of error-proneness. Not such a great long-term outcome?