Regulators should make it mandatory for companies to disclose their greenhouse gas emissions because the current situation does not give investors the data they need to effectively help fight climate change, according to new research.

Investor actions were “at least 2.4 times more diluted” when investors used emissions data estimated by third parties rather than emissions data reported by companies, according to a research paper published by Vitali Kalesnik, partner and Europe research director at Research Affiliates, and Marco Wilkens and Jonas Zink of the University of Augsburg.

The quant manager publicised the paper in connection with the launch of a new index strategy that is intended to meet EU Climate Transition Benchmark requirements and incentivise companies to self-report emissions data.

In the research paper, the trio said that in addition to being less effective in identifying the worst emitters compared with reported data, estimated emissions almost exclusively reflected companies’ operating industries and size-related information.

“This leads to an inability of investors to identify green companies in brown industries, which further reduces the efficacy of investor actions,” the researchers wrote.

They said they did not see their findings as suggesting that “data providers are sloppy estimators of various data sets” but as pointing to “needed change to the status quo in which companies can voluntarily report their emissions forcing third-party data providers to close the data-availability gap with estimated data”. 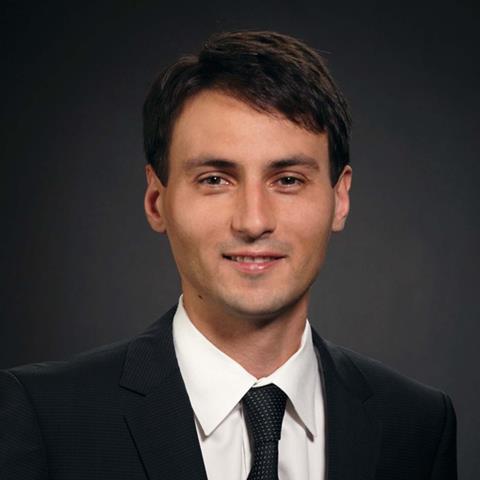 “One solution could be an international regulatory initiative to make reporting of GHG emissions mandatory,” they wrote. “Under such an initiative, we would advocate for the adoption of a single reporting standard for the measurement and reporting of current emissions (for current data) and ongoing investment projects (for forward-looking claims).”

The emissions disclosure should also be audited, they said.

Research Affiliates’ Kalesnik said the state of emissions data mattered from an investor perspective as well as from an environmental perspective.

“From an investor perspective emissions are liabilities and if in 10 or 20 years a lot of this pollution will be slowly curbed investors should realise that information today and adjust their portfolios and investment practices accordingly,” he told IPE.

Asked how new the paper’s arguments were, he said that although the conclusions may seem obvious, the current situation showed they weren’t.

“At least regulators up until now didn’t see the urgency to push for mandatory reporting, and so where our research comes in is to very cleanly and quantitatively show how much investor actions get diluted in the status quo versus the mandatory reporting alternative,” he said.

Last year Arabesque S-Ray, an ESG analytics firm, said too many companies were still not publicly reporting emissions data and that the financial industry was not “living up to its role to set the incentives right”.

According to Research Affiliates, its new index strategy – RAFI Multi-Factor Climate Transition – is designed for investors “who wish to promote responsible environmental management with their investment choices as well as to preserve the potential for long-horizon outperformance”.

In a bid to incentivise companies to self-report emissions data, the index methodology decreases the weight of companies if they do not report their emissions.

According to Kalesnik, this mechanism goes beyond the minimum standards for the EU climate transition benchmark.

Asked about the choice to follow the climate transition benchmark standards as opposed to the minimum requirements for the other EU climate benchmark category, the EU Paris-Aligned Benchmark, he said the asset manager thought the approach it was taking was “a good course”.

“We want to approach investors and see their appetite, but we think this is a very good start,” he said.

RAFI Indices, Research Affiliates’ index company, will construct and license the indices based on the new strategy.

MSCI last week announced a suite of indices designed to exceed the minimum standards of the EU Paris-Aligned Benchmark designation.

Although the final rules about the EU climate benchmark labels were adopted by the European Commission in the summer, they still need to be approved by the EU Council and the European Parliament, and officially published. IPE understands there is an expectation these steps will be complete by sometime in December.