Nuclear power: The need for nuclear 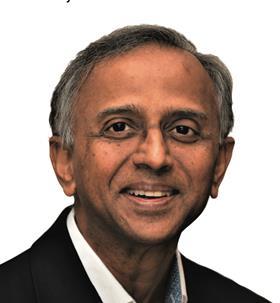 What the coronavirus has illustrated in dramatic fashion is that mankind still faces catastrophes of biblical proportions. Tackling them to the best of our abilities requires a dispassionate and objective assessment of the risks and benefits associated with alternative strategies.

As the world faces another potential catastrophe in the form of global warming, it needs to learn the lessons from the coronavirus and use rigorous scientific analysis to make decisions. That means moving away from assessing alternative energy options on emotion and instead looking at the objective reality of the trade-offs between risks, costs and benefits.

Wade Allison, an emeritus professor of physics at Oxford University and a fellow of Keble College, whose lectures on electromagnetism to my cohort of undergraduate physicists

I can still recall, is a passionate advocate of nuclear power. His arguments are worth reading and understanding.

It is generally agreed that the world needs to move away from fossil fuels to other sources of energy to reduce the rapid build-up of carbon dioxide, a ‘greenhouse gas’. But what should the mix be?

There is a vociferous and enthusiastic lobby that promotes wind and solar as the key solutions. Allison argues that these alone cannot represent a viable strategy. Wind and solar deliver similar and relatively low amounts of power per square metre occupied by solar cells or wind turbines. To supply Total UK energy requirements, he points out, would require the obliteration of several thousand square kilometres of countryside, and would only work on days when the sun is shining and the wind is blowing.

The other but less-extensive option is hydroelectric power. But large dams create their own environmental problems such as those reported on the Euphrates, Mekong, Nile and Yangtse rivers.

Allison notes that while renewables have popular acceptance, in contrast to nuclear power, that needs to be set against their unreliability, weakness and effects on the environment. For example, there was only one day in the whole of 2018 in which the power delivered by wind reached half of its installed capacity in Europe as a whole, according to data published by Wind Europe. Moreover, he points out, the shortfall is worse than might be expected because the power depends on the cube of the wind speed – if the wind speed halves, the maximum available power falls to 12%. As a result, wind, like solar energy, needs a significant back-up source to avoid breaks in supply. That inevitably means either fossil fuels or nuclear. Leaving out fossil fuels leaves nuclear alone.

Nuclear power plants can run continuously at 90% of capacity. If the power of a nuclear plant is reduced to balance a supply from renewables there is only a small reduction in fuel costs. Allison argues that it is therefore more cost-effective to dispense with renewables as a primary source and over-provide electricity from a nuclear plant running steadily at full power. “The excess off-peak supply can be used to desalinate water and produce hydrogen or ammonia for transport, chemical feedstock and the domestic and industrial gas network.”

The arguments that advocates of renewables as the complete solution make is that batteries can be used to even out fluctuations. But, as Allison points out, while chemical battery technology has improved, the idea that it might smooth the fluctuations of ‘renewables’ over weeks and months will always be unrealistic. Even a million tonnes of Tesla car batteries (150GWh) could not supply the UK electric grid (45GW) for more than an hour or two. He also raises concerns over the safety of large-scale battery installations as the ability of batteries to deliver energy rapidly is intrinsically hazardous: “It is likely that there will be serious battery accidents in the future and it is not clear that enough attention has been paid to this,” he says.

There is, argue advocates of nuclear energy such as Allison, little realistic choice but nuclear to supply most of a country’s power if the use of carbon fuels is to be reduced to zero in a few years. The problem, of course, is public apprehension with the widespread concern in society that nuclear energy is intrinsically unsafe.

It is true the nuclear fission reactors used around the world are based on technology originally developed during the second world war as part of the US Manhattan Project to build an atomic weapon before the Nazis did. Having succeeded in building atomic bombs too late for use against Germany, they were used against the Japanese instead, to shorten a Pacific war characterised by extremely high levels of US casualties as the Japanese defended their home islands (27,000 in Iwo Jima and 49,000 in Okinawa). That historical experience has naturally coloured perceptions of nuclear power ever since. But what the coronavirus has shown, is that an existential crisis calls for actions which may cut across all previous ideas of what normality should represent.

Allison bemoans the fact that the perception that nuclear energy is unnatural, evil and beyond the understanding of most people has discouraged its balanced study as a regular part of natural science: “This failure of general education has perpetuated radiophobia for 70 years.”

The economics of nuclear power have been distorted by safety standards that have been set at levels far in excess of any requirements based on scientific and medical arguments. Safety levels are set by assuming that radiation damage to biological cells is linearly proportional to exposure, even at levels of exposure barely above natural radioactivity levels. This ‘linear no threshold’ (LNT) model derived in the 1960s lies at the heart of the excess safety requirements seen in nuclear energy. But there is enough strong evidence to indicate that it is not valid at all (for example, see ‘Dose-effect relationships and estimation of the carcinogenic effects of low doses of ionizing radiation’, 30 March 2005. André Aurengo et al. Académie des Sciences  - Académie nationale de Médecine).

As Allison argues, the critical raw materials for the widespread adoption and scale-up of nuclear energy are know-how and public acceptance. Both will require time for their creation. But in the face of an existential threat from global warming caused by greenhouse gasses, perhaps there needs to be a coronavirus-style action plan based on rational analysis of the hard choices that need to be made.