Under the Investment Funds Act, the 75% limit on equity-based assets within portfolios has been removed altogether, except for funds with a conservative risk profile.

Conservative funds will now be able to take on some equity risk and make other, previously banned, investments, to the value of 10% of their portfolios.

Pension funds may also now make loans of up to 10% of the value of their portfolio.

For real estate, the limit for mandatory pension scheme investment in single properties has been increased from 5% to 10% of the portfolio. However, the overall 40% cap on real estate and real estate funds remains for these funds, as does the 70% cap for voluntary third-pillar funds.

The limit for investment in derivatives has been raised from 10% to 50% of a fund’s assets, while the limit for unquoted securities also rose to 50%, from 30% previously. This is intended to allow funds to invest more in Estonian companies.

Meanwhile, currency restrictions have been lifted, except for conservative funds. 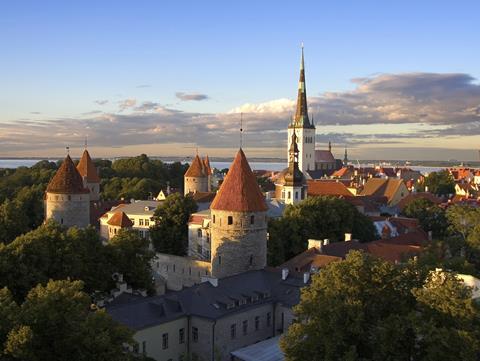 The previous classification of second-pillar funds on the basis of equity risk (25%, 50%, 75% funds) has been abandoned, as it was considered inaccurate. Instead, each management company must determine and publish the risk level of each of its funds.

Further new rules are intended to accelerate the current decline in management fees.

However, fund managers will, for the first time, and under certain conditions, be able to charge an additional performance fee, provided that the fund’s performance exceeds the benchmark index – the increase in the social security pension component. The maximum fee allowed is yet to be determined.

According to Kristjan Tamla, chairman of the board at Swedbank Investment Funds, Estonian pension funds have been criticised because of the small percentage of portfolios allocated to local investments.

Tamla told IPE: “As the Estonian economy and local financial market are very small and shallow, most companies do not raise capital from listed markets, and are instead leaning towards direct borrowing or private equity. The new rules should enable better matching of the corporate sector’s funding needs with pension fund investment limits.”

Meanwhile, following parliamentary elections in March this year, Estonia’s new coalition government has been working on a new law to allow individuals to cash in all their pension savings, from the start of 2021.

Joel Kukemelk, member of the management board at LHV Asset Management, warned:  “While this law has not yet been passed, it is likely to be approved by the end of this year, as long as there are no changes in the current government structure.

“This will result in a significantly lower appetite from local pension funds for all low-liquidity investments, where the exit process takes longer than a couple of months.”