2
From Our Perspective: Cost pressures

From Our Perspective: Cost pressures

This January IPE published a report on active management, supplemented by interviews with pension funds. Pension funds’ views were far from black and white. Indeed, most were supportive of active management. But they are pragmatists and in some areas they prefer to manage assets in-house or go passive. 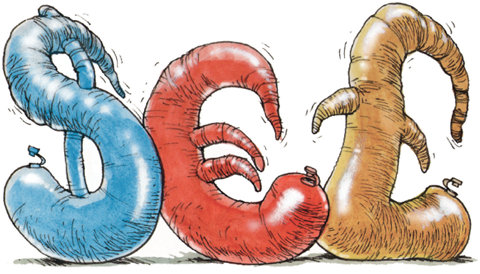 In recent years, the Netherlands and Switzerland have promoted greater fees transparency, with all of the pitfalls this entails. As Frits Meerdink of PGGM and Tomas Wijfels of the Dutch Pension Federation point out, one of the initial problems in the Netherlands on fee disclosure was an ‘early-mover paradox’, whereby larger funds initially quoted higher costs. In fact, the slow movers, the bulk of the pension sector in terms of the number of funds, were significantly understating costs. These irregularities have smoothed out as funds have got better at teasing out the true costs of investment and operations, and providers have got better at presenting the correct information.

Another pitfall is false comparisons – cheaper is not better or reflective of an effective long-term strategy. And there is the on-going debate about whether to build up internal resources. At last November’s IPE Conference, Claude Lamoureux, the former CEO of Ontario Teachers’ Pension Plan and the architect of its private markets strategy, strongly defended the in-house investment model. Detractors warn of the inflexibility of in-house teams when strategy changes, and UK funds building up internal resources in recent years have often sought to boost their asset allocation capabilities rather than create in-house asset class teams.

Unfortunately, the length of time needed to measure the effectiveness of a strategy is probably beyond the collective attention span of most observers, particularly the detractors of the pension sector and certainly politicians, but also regulators and others.

For more immediate consumption and probably easier to understand, the issue is which of the providers and actors in institutional investment, including pension funds themselves, add value over a shorter time horizon, say 3-5 years. For asset managers the key metric here is net-of-fee returns.

For institutional money managers, particularly the active variety, the requirement has been to add value in the investment strategy. If they want to retain market share, individual managers must now work harder, paying particular attention to client demands on fees – on amounts, structure and reporting.

While performance fees have their proponents and detractors, the industry has been slow to develop the ideas put forward by Peter Borgdorff, director of the Dutch healthcare sector pension scheme PFZW, who has called for bonus-malus fee structures with a clawback. As we outline in a briefing this month, there has been surprisingly little innovation in fee structures among institutional providers, even though some players have put forward some interesting models, both conceptually and in practice.

As the UK looks set to move to passive management as the default option for its growing DC sector, and the Dutch industry sends out clear messages about what it will and won’t accept, institutional money managers should expect more scrutiny and greater information demands from investors as best-practice ideas spread from one country to another.

And a word of warning from the Dutch experience: data and transparency is one thing but interpretation is key if it is to mean anything.