Fund managers to turn up pressure on director remuneration

The body representing the UK’s £7.7trn (€8.9trn) asset management industry is to increase its pressure on companies failing on diversity measures and awarding what it sees as excessive executive pension packages.

The Investment Association (IA), the members of which include 250 of the UK’s largest fund groups, said ahead of this year’s annual general meeting (AGM) season that it would be highlighting companies that were lagging peers on these two issues.

Andrew Ninian, director of stewardship and corporate governance at the IA, said: “The IA’s remuneration principles set out shareholder expectations on executive pension contributions and our members have been clear this is an issue of fairness and pension contributions should be aligned with the majority of the workforce.”

The IA’s Institutional Voting Information Service, which provides corporate governance research to shareholders to inform their voting decisions during AGM season, will “red-top” companies who pay newly-appointed directors pension contributions that are not in line with the majority of their employees.

Corporate governance groups have been pressing on this issue for some time.

In 2016, The Manifest – now Minerva Analytics – and MM&K Total Remuneration Survey called for cash pension allowances to be stopped.

“They are just another way of giving cash to senior executives,” the groups said. “Chief executives should be on the same type of pension plan as most of the other UK employees. It is question of fairness.” 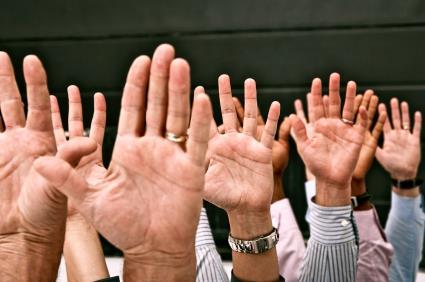 Director remuneration will take centre stage at AGMs this year

Their report said that, in the UK, just the first £10,000 of pension contribution was tax effective. In addition, the UK has a “lifetime allowance” limit for individuals’ total pension savings of just over £1m. Manifest and MM&K recommended that any payments in addition to this should be stopped.

The action would reduce pay by around 7%, the groups said, as pensions equalled 7% of total remuneration for the average FTSE 100 chief executive at that point.

Commenting on the IA’s move, chief executive of Minerva Sarah Wilson said the company was pleased to note the body’s guidelines had been strengthened.

Wilson said: “Pensions disparity between executives and employees is a long-standing problem. Our remuneration research from the Greenbury era [a 1995 remuneration report] identified potential for abuse and our clients have long had research and voting guidelines aimed at equalising pensions for workers and boards.”

She added that the Pensions & Lifetime Savings Association and the Trades Union Congress introduced similar policy recommendations in 2010.

The IA’s efforts to challenge board diversity were welcomed by Hermes EOS, which has advocated for improvements for some time.

A spokesperson for the shareholder governance group said it strongly supported the initial goals set out in previous government-commissioned reviews of achieving at least 33% female representation on FTSE 350 boards and on FTSE 100 executive committees and their direct reports by 2020.

The spokesperson said as the target year approached, it expected companies to have reached the minimum requirement and would act with their voting recommendations where this had not happened.