Germany’s financial regulator has permitted two Pensionskassen to cut their reserve funds to enable them to implement funding recovery plans.

The €475m Pensionskasse for the catholic aid organisation Caritas and the €345m Kölner Pensionskasse have made cuts to their actuarial reserves of almost 20%.

BaFin moved to close both funds for new business a year ago – the first time it had taken such a step – citing a severe lack of funding.

After “intense negotiations”, as one insider put it, the Pensionskassen and their board members have announced a “comprehensive recovery plan”, according to statements from the two funds.

For the Caritas Pensionskasse, the recovery plan measures include a 19.9% cut in its actuarial reserve, defined as the present value of future liabilities minus expected contributions. 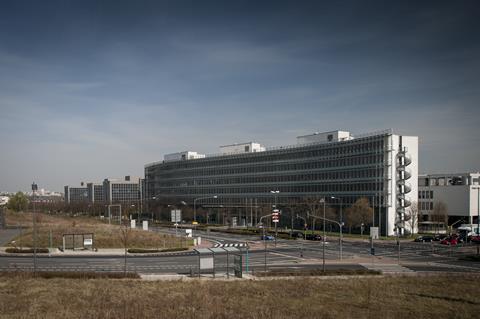 At the Kölner Pensionskasse, which has a significantly younger membership structure, the cut was just over 12%.

The actual pension cut for each individual contract still has to be calculated in detail.

For the Caritas Pensionskasse the amount necessary to cover both the existing deficit as well as costs for the recovery was calculated to be €146.6m, while the Kölner Pensionskasse required €62.5m.

Both Pensionskassen stated that these amounts were “covered by the agreed cuts in future payouts, the offsetting of assets as well as the loss reserves”.

No more details are being given out to the public at the moment, according to one source with knowledge of Caritas’ situation.

The websites for the two pension funds state that their annual reports 2017 are “to be published shortly”, after being approved by actuaries, auditors and the regulator.

In almost identical statements, the two pension funds admitted to having “insufficiently accounted for the long-lasting low interest rate environment and the increase in longevity” in their calculations in the past.

The funds also admitted to having “made mistakes in calculating rates”, which led to pension promises – and in turn the 2017 deficit – being “too high”.

“Agreeing on the recovery plan is a major landmark for the future of the Pensionkasse and for securing payouts,” said Olaf Keese, chairman of the board both at the Caritas and Kölner Pensionskassen.

Since 1 May, Keese has had a new colleague on the boards of both schemes. Robert Müller has been named as a full-time board member on the joint board for the Pensionskassen, replacing Stephan Sander who left at the end of April.

Müller joins the Pensionskassen from S-PensionsManagement, the management arm of the Sparkassen pension funds, where Keese was its long-term chairman until 2017.