EU proposals to securitise pools of government bonds have been dismissed as unworkable by German investors.

However, the German association for investment professionals (DVFA) immediately responded to the proposal, saying the structure would not work and there would be no demand.

With the new framework for SBBS – designed as part of its work on the Capital Markets Union – the Commission said it “aims to level the playing field by removing unjustified regulatory impediments to the development of SBBS by the private sector”.

In theory, products pooling euro-zone bonds could already be offered but would be treated less favourably than the underlying securities, for example when calculating capital requirements for insurers.

The Commission’s proposal was to create a template for SBBS to which all providers offering such products would have to adhere. 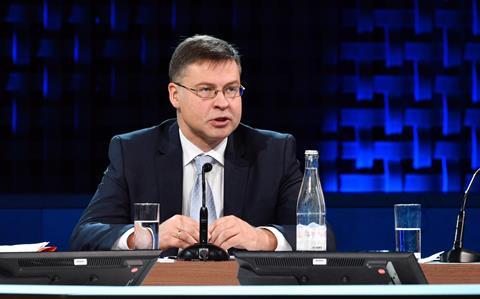 However, the DVFA argued that, as many AAA-rated sovereign bonds had negative yields on certain durations, there was no buffer from which to derive excess returns for a junior tranche.

This in turn would mean investors seeking a higher risk investment would not buy the junior tranche, as it would not give the associated higher reward.

“And if the junior tranche cannot be placed with investors, the SBBS construct itself is not working,” Stefan Bielmeier, chairman of the board at DVFA, noted in the association’s statement.

The association likened the construct to a collateralised bond obligation (CBO) in which a contractual hierarchy renders the senior tranche synthetically less risky than it would be on its own.

“A crucial prerequisite for a working CBO structure is a low or ideally negative correlation between the securities in the portfolio – and this does not apply to the SBBS structure,” Bielmeier said.

They pointed out that, among the 22 euro-zone countries, six have been assessed to have a deteriorating creditworthiness or persistently low ratings.

In its statement the DVFA called on banks and other institutional investors to consider whether SBBS would really be a better option than local sovereign bonds.

Different to the concept of Eurobonds frequently discussed since the financial crisis, SBBS would not “involve mutualisation of risks and losses among member states”, the Commission explained.

At the DVFA Bielmeier found one positive aspect in the SBBS: “For the ECB, these bonds would create a new asset class easing her capital key corset when buying sovereign bonds.”