​Governments must act to restore trust in pensions, says OECD

Governments have work to do to shore up regulatory frameworks and make pension systems more understandable, according to the Organisation for Economic Co-operation and Development (OECD).

In its Pensions Outlook 2018 report, the economic body made a number of suggestions for improving pension systems, including looking at how large investment institutions were governed for ideas on how to bolster rules, and using mechanisms such as automatic enrolment to make systems more inclusive.

Pablo Antolin, principal economist and head of the organisation’s private pension unit, said: “People’s trust in pensions systems is undoubtedly low. There remains significant concern about whether institutions managing their retirement savings actually have their best interests at heart and will deliver on their promises once they reach retirement age.”

Even though policymakers had made improvements to the design of funded pensions in recent years to tackle some of the problems related to low levels of financial knowledge and behavioural biases, he said there was more to do.

“Essentially, pension reforms need to be better communicated so that the rationale and effects of pension reforms become clearer,” Antolin said. “People need a better understanding of what they themselves can do to secure their retirement incomes, why contributions to all types of pension arrangements are important, which vehicles are available for retirement saving, and how they are protected.” 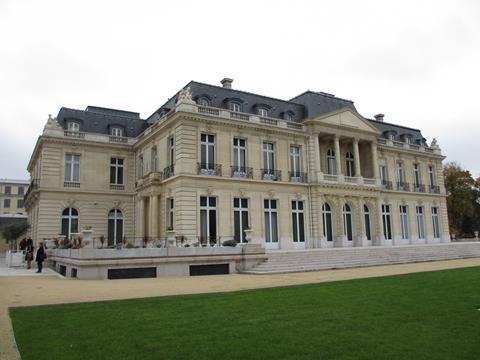 The OECD’s headquarters in Paris

Mechanisms such as automatic enrolment and escalation of contributions could take advantage of inertia to make pension systems more inclusive and help increase contribution levels, the OECD’s report said.

“They have regulatory and legal frameworks at arm’s length from government; clearly stated missions to guide investment policy; an oversight board that is accountable to the competent authorities and to members; and transparency about their governance arrangements and their investment and risk management to keep them accountable to different stakeholders,” the OECD said.

These institutions expressed performance aims in terms of their mission, it said, with performance monitoring conducted against this long-term goal, rather than against a market-based benchmark.

The OECD also called for more flexibility on default retirement ages and progressive public pensions and tax rules to take account of financial disadvantages for people with expected shorter lives.

“Individuals in low socio-economic groups have a lower life expectancy than high socio-economic groups,” it said. “They may be financially disadvantaged if they spend a shorter time in retirement relative to their working life, receiving a lower “return” on contributions made towards their funded pension source.”