It often takes an experienced Kremlinologist to divine the true message and meaning of European Commission missives, and the financing sustainable growth (FSG) action plan, announced in March, is no exception. Taken at face value, this plan is the panacea for all our woes – at least it would be, even if we were to accept only a plurality of its many assertions.

It has been 31 years since the former Norwegian premier, Gro Harlem Brundtland, described sustainable development as “development that meets the needs of the present without compromising the ability of future generations to meet their own needs’’. The FSG plan (presumably) adopts its own High Level Experts Group’s more expansive description: “Sustainability means making economic prosperity long-lasting, more socially inclusive and less dependent on exploitation of finite resources and the natural environment.”

The plan states: “‘Sustainable finance’ generally refers to the process of taking due account of environmental and social considerations in investment decision-making.” But, then asserts: “…leading to increased investments in longer-term and sustainable activities” – for which there is no supporting argument or evidence offered.

The plan also contains some questionable interpretations, presented as fact, including one which has been challenged by trade associations such as the European asset management association EFAMA and PensionsEurope. According to the Commission, investors do not adequately take into account ESG factors – the observable here is not what investors consider in their investment process, but that they have not financed more of the Commission’s wish list of projects. The observed phenomena, lower than desired levels of investment, may have other interpretations, such as investors considered them but found the projects unattractive.

The nub of the issue, as stated, is: “Current levels of investment are not sufficient…” with annual shortfalls estimated at €180bn-270bn. But there is nothing in the plan to encourage increased investment. This is all about reorientation of existing flows. There is not even any consideration of how those deprived of finance by such “reorientation” are likely to respond.

There is an embedded, but unstated, interpretation here also – that the problem of the unfulfilled wish list is one of investor demand. My own experience of infrastructure finance, and many surveys,  is that investors have allocated suitable funds to the asset but have been unable to find investments. The problem is one of supply.

The principal proposal is: “A unified EU classification system – or taxonomy – will provide clarity on which activities can be considered ‘sustainable’.” This will be “gradually integrated into EU legislation to provide more legal certainty”. The ambition is boundless; the threat unstated but implied. Whatever happened to incentives? Let me suggest a name for this body, one unused since the Soviets abandoned it in 1991: Gosplan. Doubtless, we can expect five-year plans, comprising revisions and corrections, and more regulations. 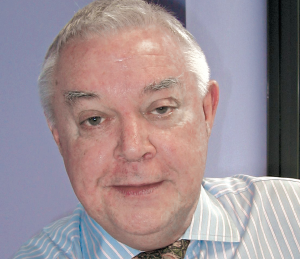 The plan also proposes to “clarify investor duties” but continues to say it “…will aim to (i) explicitly require institutional investors and asset managers to integrate sustainability considerations in the investment decision-making process…” This is an intrusion into the heart of an investor’s business process. It prompts the question: who is liable for problems and losses arising?

The plan contains 10 action points, many multifaceted. It divides these into “necessary” and “complementary” (to the taxonomy). The “necessary” consists of sustainability benchmarks and EU labels for financial product standards.If only they had left it there.

The complementary part is divided into public and private investment, where there are twice as many actions for private as for public. The public investment actions are vague bullets – fostering investments, policy-making process and the European Supervisory Authorities’ role. By contrast, the private-sector actions are explicit. They are an attempt to be all encompassing – we are even promised that the “problem” of short-termism in financial markets will be tackled.

The scope is wide – accounting, corporate governance and non-financial reporting, green bonds, sustainability benchmarks and eco-labels, credit ratings and research, and even advice get their moment in the sun. There is something here for everyone; no lobby group goes unrewarded.

One of the few positives is that some of the more insane earlier proposals, such as the use of regulatory (risk) capital requirements as incentives, have been dropped.

Of course, in promotion of its cause, the plan draws attention to the increase in climate events, and their economic consequences. A cynic would say that one can enlist the spectre of risk in support of regulation – after all, one thing that we know about risk is that it means that more things may happen than will.

There is no indication of the costs of implementing this new regulation, or of the effects of those on the attractiveness of sustainable investments. It is notable that the international dimension passes undiscussed, when there are success stories, such as the International Finance Corporation’s emerging markets infrastructure initiatives.

There is a relative success story buried in the FSG plan – the European Fund for Strategic Investment (EFSI), a third of whose investments are climate-related. Given that success and the public benefits held out by the authors of the plan for this investment, the obvious question is: why are we not doing as much of this investment as possible in the public sector?

According to the plan, these investments, with all of their gains and benefits, would effectively be self-financing – certainly government borrowing for these purposes could easily be financed. The social and other benefits might be valuable to that society, but if, as a private investor, I cannot capture some part of them, they are irrelevances for my decision-making.

The plan is motivated by a desire for more sustainable investment, but that, like the UK National Health Service’s budget, knows no limit; there will always be unsatisfied further demand. The proposals taken together amount to financial repression, although presented in a manner worthy of Potemkin. Make no mistake, the aggregate effect of financial repression is lower saving and investment. Cronyism and favouritism in project selection is commonplace under repressive regimes.

I share wholeheartedly a desire for greater sustainable investment and the social benefits which that may bring; my problem is that this proposed action plan seems more likely to hinder than help progress to that objective.

Con Keating is head of research at Brighton Rock