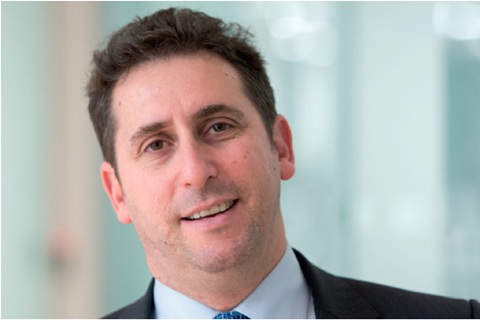 Three scandals involving asset managers have hit the headlines over the past year. While the problems at GAM , H2O and Woodford were different they all shared a common theme: illiquidity.

In each case, investors discovered that their investment was less liquid than they originally thought and were subsequently forced to sit by, almost helpless, as they watched events unfold.

The pensions industry can learn valuable lessons from these episodes. Trustees and plan sponsors, in particular, must take the opportunity to ask key questions to ensure their scheme assets are protected.

One of the most important considerations for trustees and other scheme stakeholders is the proportion of underlying investments held in illiquid assets. This is, perhaps, an obvious question but two key points stand out. The first, is that illiquid assets are not necessarily bad investments – indeed they have many merits.

The second, is the need for trustees to have a conscious policy on owning illiquid assets. At a minimum, trustees should demand higher returns for the illiquidity. They should ensure: fund managers holding these assets have both the requisite skills; there are adequate protections against forced selling (more on this later); and that the overall exposure to illiquid assets in the pension fund is consistent with trustees’ investment objectives, maturity and cash-flow needs.

Recent scrutiny of liquidity has brought the challenge of defining illiquid assets sharply into focus. Obviously unlisted investments (such as property, private equity and debt) are illiquid because there is no organised exchange on which they can be traded. Selling these assets requires finding willing buyers and, invariably, substantial negotiation. Listed securities can also be illiquid, however – for example, corporate bonds, which rely on banks and other intermediaries to ‘make the market’.

Liquidity for many investments is thus a relative rather than absolute concept, contingent on the size of the investment but also on market conditions. For instance, during the 2008 global financial crisis, there were periods when otherwise liquid corporate bonds were almost impossible to trade. This should not stop trustees asking their managers to quantify and report upon the liquidity profile of their portfolio, which can prove challenging, particularly when investments are held by third parties in funds.

Someone, either from the trustees or their advisers, should be monitoring whether funds’ liquidity is in line with expectations. There are many metrics that can be useful, which will differ, depending on the precise asset class and, potentially, the size of the investment. In a listed equity portfolio, metrics that could be useful include level 1, 2 and 3 exposure reporting, percentage daily turnover, number of days to sell in normal and worst market conditions, and fund flows.

Scheme stakeholders should also question the extent to which the liquidity terms offered by funds match the liquidity of their underlying assets. This really is basic, yet many of the liquidity-related scandals can trace their origins to the violation of this first principle. Private equity and private debt funds are usually compliant in that they are closed ended, meaning that investors cannot redeem their units. Closed-ended funds reflect the illiquidity of the underlying assets in the terms offered to their investors. In our view, the ones to watch are typically funds that invest (ostensibly) in liquid assets and are open-ended, meaning that they allow investors to come and go.

Many open-ended funds operate on the assumption that not all investors will ask for their money at the same time. They tie up a proportion of their capital in illiquid investments and assume that the small proportion of redemptions that may be submitted could be met by the liquid assets.

This is fine unless, as in the case of Woodford, there is a constant and steady exodus; what was originally a small illiquid sleeve can grow rapidly as a percentage of the remaining shrinking portfolio until it becomes too large. At that point, there may be a panic and many investors choose to withdraw their capital. Of course, some mismatch between the liquidity of the underlying assets and the fund vehicle may be acceptable, provided there are adequate protections in place, but this is an area which schemes should monitor closely.

Over time, the funds industry has developed several mechanisms to protect remaining unitholders from the impact of unwanted illiquidity. These include: the creation of ‘side pockets’ (where a pro-rata share of the illiquid assets of a redeeming investor are put into a special vehicle that distributes its proceeds only when the illiquid assets redeem); the application of gates (where the quantum of redemptions is limited); the imposition of exit penalties (to both dissuade redemptions and compensate remaining investors for transaction costs); and the extreme measure – suspending redemptions.

While these measures are never popular with redeeming investors and can be open to abuse, they can also, if properly applied, provide protection to remaining investors in a way that is fair. The important point for trustees is that they should understand how these protection mechanisms are likely to be applied. The more mismatched the liquidity provisions of the fund versus the underlying assets, the more likely these protections are to be applied.

Trustees should assess the merits of investing in a fund that has liquidity mismatches (and hopes to mitigate risks through the application of protection mechanisms), and other approaches that may avoid the need to apply protection mechanisms by ensuring little to no fundamental mismatch in liquidity.

Finally, it is crucial to remember that the focus on good governance extends to including illiquid and private investment. As recent scandals remind us, it is easier to commit fraud, mislead, and fabricate through investing in private assets because they are not subject to the same open disclosure rules as publicly traded assets. Private investing is a specialist skill set and, as a general rule, it’s best that public managers are required to stick to public markets.

Good governance is essential as a guardian against dishonest practices. There should be checks and balances within the fund manager’s firm including an independent set of eyes watching the portfolio from the perspective of liquidity. Trustees should ensure that their operational due diligence provides adequate comfort on this increasingly prominent topic.

Kerrin Rosenberg is the UK chief executive officer of Cardano