In March, the EU and the UK agreed a draft withdrawal agreement which includes provisions on a transition period; based on the conclusions of the negotiations in phase one. At the time of writing, the withdrawal agreement was 80% agreed, according to EU negotiators. If full agreement were to be reached at the EU summit in late October or perhaps a specially convened summit in November, Brexit day would in reality be extended to 31 December 2020.

With an additional 21 months to shape the future relationship between the UK and the EU, many would assume this will lead negotiators to a softer form of Brexit for goods and an alternative type of market access for financial services.

At a minimum, a transition agreement will by definition push the immediate risk of a ‘no deal’ decision further into the future. Not only would this provide temporary relief for UK asset markets and sterling, it would also postpone operational risks for the financial industry. As currently drafted, the UK would continue to participate in the single market during the transition period and retain the passporting rights for financial services that participation entails.

This more benign outcome, even if it is just a temporary stay, is far from guaranteed. When the draft withdrawal agreement deal was originally struck, there was optimism that the full deal could be agreed. But seven months later, little progress appears to have been made. Issues such as the Irish border remain apparently intractable and the splits within the UK government have widened and hardened. In response, both sides of the negotiation are now openly preparing for the possibility that the UK will crash out of the EU on 29 March 2019.

In contrast to the original Brexit vote, the ‘no deal’ scenario could constitute an immediate real and financial economic shock. The latter will come in anticipation of the former. The irony that the UK’s first business day outside of the EU will be April Fools’ Day is not lost on anyone. But the chaos brought by the disruption to the flow of trade and services is unlikely to create much amusement. Supply chains will be broken, tariffs levied and financial services firms will lose their passporting rights.

Financial markets would disrupt well before April Fools’ Day, though. The requirements and time needed for the transition deal to be approved by both the UK and EU parliaments mean that without any signs of progress the risk of a ‘no deal’ will become increasingly apparent to financial markets from November onwards. This will be different to the knee-jerk reactions following the Brexit vote, as markets will move to discount the possibility more gradually. And it will also depend upon how investors are positioned at the start.

Nevertheless, it is reasonable to assume that, in the end, dislocations in markets will be of at least a similar size to what was seen after the Brexit vote, and possibly larger. After all, this would be the reality of the hardest of all Brexits, not just its possibility.

How are investors positioned for Brexit? 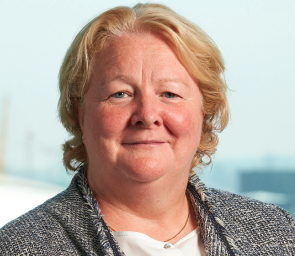 For the past two years we have been measuring the changing perspectives of the asset management industry with our quarterly Brexometer survey. The third-quarter survey revealed that investor sentiment towards UK assets is becoming increasing bifurcated as Brexit deadlines loom larger. The proportion of all investors expecting either to increase or decrease their holdings of UK assets in the next months rose substantially over the quarter. On balance, the optimists, those planning to increase their holdings, are still winning the day – for now.

Another market variable that helpfully gauged Brexit risk ahead of the original vote was the skew in the foreign-exchange options market. The skew captures the premium assigned to the risk of sterling weakness. It moved dramatically ahead of the Brexit vote and is beginning to show a premium for protecting against sterling weakness once again.

While the relatively relaxed stance in financial markets is somewhat reassuring (or concerning, depending upon your point of view), that does not mean that investors are not planning for a potential worst-case scenario. For financial services firms the preparation questions are narrower but no less complex than the broader Brexit questions.

Regardless of whether Brexit is hard or soft, barring no Brexit at all, the UK is likely to be a third-country provider of financial services either on 1 April 2019 or 2 January 2021. As a result, the main challenges for financial services providers relate to what happens post-passport. Three important issues here are the shape of potential equivalence arrangements, legal entity structures and the permissible outsourcing arrangements between them.

In contrast to passporting, equivalence arrangements are fragmented across regulations and can be removed at short notice. This will encourage financial services firms to look closely at their legal entity structures between the EU and the UK.

Finally, the degree to which services can be delegated between these different legal entities will ultimately determine how business functions will be split between them. For example, funds under the MiFIDII, UCITS and AIFMD regulatory regimes can delegate certain functions – including the provision of investment management and execution services – to a third-country entity, but this can be subject to certain conditions and restrictions. This means that EU fund companies could outsource portfolio management to UK entities post-Brexit in the same way as they outsource to US entities today. But such outsourcing could be restricted/limited depending upon client-specific considerations.

As with regulatory equivalence, the regulatory future will be more fragmented without a passport and business models will have to adapt. Let’s just hope they get the required time and implementation period to do so.

Liz Nolan, CEO for Europe, the Middle East and Africa at State Street