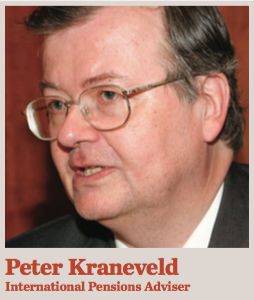 Over a year ago, I attended an event organised by a British portfolio manager. They predicted a victory for the Remain camp in the June 2016 EU referendum. I asked for the floor and argued that the vote was not rational and that the UK had been imbued with anti-EU rhetoric since its admission, ending my comment with the question whether they thought people would suddenly stop reading the Daily Mail. Their reaction was to explain to the public that the Daily Mail was a horrible newspaper and not representative of the British public and that it would be irrational to leave. Judging from financial market reactions to the actual result of the vote, many houses shared their position and they maintained that position up to voting day.

Yet, the victory of the Leavers should not have been a surprise. Throughout 2016, the Remain vote was stable, while the Leave vote was constantly gaining. True, the differences were smaller than the margin of error in most individual polls, but the tendencies were clear months ahead of the vote. So why was this information not heeded? I would suggest that there were two problems.

First, the vote was at least as much a protest vote as a vote on the EU. After the vote, there was a significant movement for re-voting from people who said they thought they could vote for Leave as a protest, because they were convinced Remain would win. That protest was vague, but if it was aimed at anything specific, it was expertise, a sentiment that was stoked by what was seen as exaggeration of the consequences of leaving by the government. One Leaver argued online that “the Germans” wouldn’t stop exporting cars to the UK if it left. I explained about border tariffs and how German cars would become more expensive, but UK cars wouldn’t benefit much because markets would shrink for them as British consumers would react to having less disposable income by holding on to their car longer, resulting in less safe roads and more pollution. Being an ‘expert’, I was totally ignored. In this atmosphere, leaving being irrational and experts saying so helped the Leave vote.

Second and probably even more important, the Leavers were an embarrassment to intellectuals. They would note that the Daily Mail may be awful, but not that it is influential.  They gaped at obviously illogical and wishful thinking on both sides (I am voting Leave for my grandchildren; If we Remain we will reform the EU) but forgot to refute them. Their national pride prevented them from seeing that the stupid outcome was indeed possible.

In the aftermath of the vote, the pound took a beating, the Bank of England lowered interest rates, UK equities dipped and quickly recovered and there was a short liquidity crisis of real estate funds. It seems like a bunch of mixed signals. The reaction on the currency market was likely a consequence of reduced growth prospects and increased risk. Lowering interest rates was a logical consequence; a move to support the pound. Real estate risk perception had obviously increased, but the liquidity move was not more than a consequence of the illiquidity of real estate in the first place rather than a stampede to get out. Logically, foreigners working in the financial sector in and around London were at risk of repatriation, but that was neither an immediate, nor a national risk.

The recovery of the UK equity market remains mostly unexplained, as economic growth prospects are impaired by the Leave vote. However, there are strong extenuating circumstances. The leaders of the UK Leave campaign have either cleared the stage or are under siege, making space for new faces that have made few promises in public. Boris Johnson is a good example. Despite being a high profile leader of the Leave campaign he failed in a bid to become prime minister immediately after the referendum. In his new role as foreign secretary he is bound to disappoint, if not fail. The Conservatives have already indicated that it will take years for the negotiations even to begin and nobody dares predict when they will end. A vote in that period could be won by Labour or another coalition government and the UK might reverse its decision. It seems like an attractive scenario, or are we dealing with intellectual over-optimism again? In any case, it is enough to hold up the equities market for now.

The situation in the US shows remarkable parallels. Here also, the population is sharply divided between business-as-usual and those who reject expertise. In this case, an illustrative anecdote is that of Newt Gingrich, a candidate for the Republican Party Presidential nomination in 2012, being interviewed on crime. Confronted with statistics that disprove his position that crime is increasing, he responded that he prefers popular feelings to “theoretical statistics”. According to received wisdom, Donald Trump has broken every rule in presidential election strategy. His statements are often enough personal insults without argument or evidence (lying Ted, crooked Hillary, media-scum, raping Mexicans, cheating Chinese and so forth) and Hillary Clinton’s placidity gives the impression that all is well, a sentiment far removed from popular perception. Yet, Donald Trump is still standing and a very considerable share of voters says they will vote for him.

Once again, Hillary Clinton is faced with a voter sentiment that wants change and is frustrated by the status quo she represents, whether rightly or wrongly. Last time around, that sentiment caused her loss to Barack Obama. Here too, comedians, not intellectuals take Donald Trump to task for what he says. US portfolio managers are not in a good position to predict the outcome of the vote, as they must assume that a Donald Trump win means that half of the US population is prepared to act irrationally. Their national pride is in the way of such a prediction.

For investors, the result of the US presidential vote is important, if only because benchmarks require large investments in the US and Trump’s anti trade stance alone is enough to wreak havoc on financial markets. However there is more. There should be little doubt that, once Trump finds out that some of his intended policies are in conflict with World Trade Organization (WTO) rules, he will be willing to renege on WTO obligations as quickly as he is apparently willing to leave the North Atlantic Treaty Organization. This may leave the WTO in chaos, or it may make another trade round possible, leaving the US even more isolated. Both options would have negative consequences for world growth, in particular for emerging economies, relying on the US as their main export market.

Applying the lessons of Brexit, it would be wrong to write off Trump because it would be irrational to vote for him. It is not rationality that decides, but voter frustration, coupled with equally irrational, but ingrained inertia from party loyalty and political opportunism. Polling estimates have been wider apart than the margin of error since the Democratic Party convention, but they can still change. A more stable gauge is bookmaker odds. They give Hillary Clinton an 85% chance to win. That means that there is a 15% chance Donald Trump will win. That chance should not be ignored.

A Trump win would bear resemblance with the Leave vote. It would be a vote for economic isolation and against trade liberalisation with consequences for growth prospects. If the lessons of Brexit would apply (a risk factor by itself), the dollar would react sharply downwards, forcing the fed to lower, rather than increase interest rates in order to defend the dollar. This would be the main financial market risk. Equity markets would react violently but revert to normal quickly. There may be liquidity problems in some markets, but a real estate market liquidity problem is less likely, since those who would leave would be evicted poor, rather than the expatriate rich. Multiplied by a chance of 15%, it would not be too difficult to adjust the portfolio for the risk of a Trump victory.