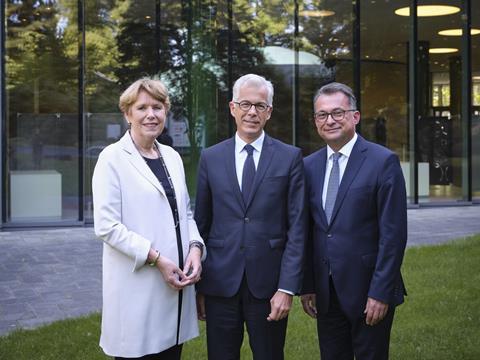 It is important to keep the momentum of a new European Parliament and a new European Commission to deepen the Capital Markets Union (CMU). Last summer, together with the other members of the NextCMU group (who come from seven member states) we worked diligently on the mandate we received from Olav Scholz, Bruno Le Maire and Wopke Hoekstra, the finance ministers of Germany, France and the Netherlands respectively, to come up with suggestions for a way forward.

We were helped by the many stakeholders who answered our questionnaire and/or met us in person to discuss what should be done. We thank the Finnish presidency for inviting us to the informal Economic and Financial Affairs Council (Ecofin) in Helsinki and for taking up the subject of a reboot of the CMU. The invitation led to the adoption of Ecofin conclusions on the deepening of the CMU in December.

The speed with which Ecofin reached these conclusions as well as their content is impressive. Ecofin agreed with our call for a shift in priorities to focus on citizen’s needs and the investment in the real, digital and sustainable economy. Many of the matters we raised are addressed in one form or another.

Nevertheless, on some matters more precise and concrete steps could and should have been included. In relation to pensions we note that Ecofin recognises the need “to support savers’ and investors’ long-term investment needs”.… “by offering [citizens] wider access to more diverse, long-term and competitive investment opportunities”. And we also note with pleasure that Ecofin has asked the Commission to “come forward with a set of.… key performance indicators by the end of 2020” to regularly report on progress towards deepening of the CMU, and to “facilitate discussion on CMU topics, notably where the member states are called upon to take action”.

In our October 2019 Savings and Investment Union report we identified four priorities, of which the first is to:  generate more long-term savings and investment opportunities. We also made four ‘transformational recommendations’ to achieve this, of which the first is to launch an adequacy-test for multi-pillar retirement savings; the second to strengthen measures to enable and incentivise savers to turn into investors; the third is to increase measurable and comparable sustainable investments; and the fourth to develop a straightforward EU procedure for repayment of withholding taxes to investors”.

An annex attached to Ecofin conclusions contains a substantial list of measures to be assessed and explored by the high-level forum on the CMU which was set up by the European Commission. This annex is specific about several matters of importance to pension providers and their clients. Sovency II and the Basel III transposition are mentioned as are insolvency law and withholding tax procedures. And we recognise the interest in long-term saving by citizens was also apparent in the request to assess the need and possible ways for promoting employment benefit schemes.

But it is a pity that no consensus could be found in Ecofin to directly mention retirement. For a large majority of European citizens this is the biggest goal for which they have to save for the long-term. That is particularly the case given that the European population is still ageing and, as the tri-annual pension adequacy reports of the Commission show, pensions are inadequate for a substantial group of older Europeans and are falling further.

In the context of this short viewpoint there are two other challenges we would like to mention, where we feel ambitions are too modest. The third priority we identified is to increase financial flow fluidity between EU financial market centres. We feel that among other measures the CMU needs a strong and coherent EU supervisory framework to avoid supervisory competition. We understand that immediately revisiting the European Supervisory Authorities (ESA) review might not be desirable, and therefore proposed to come to a framework of four levels of increasing powers of the ESA, depending on the level of integration of the (sub)markets and/or financial players concerned, and to implement this alongside the reviews of core pieces of EU legislation that are already are foreseen. Such an approach may gradually overcome present political objections. Ecofin agrees on the need to foster supervisory convergence and to increase supervisory cooperation, but unfortunately limits this by stating that it should be achieved “through existing tools”.

The Ecofin conclusions mention that more globally competitive European capital markets would help increase the international role of the euro, but do not attach any specific further policy recommendation towards reaching this. We again understand that some of our transformational recommendations might be seen as politically complicated or better dealt with in the context of either the banking union or the monetary union. But that does not take away from the beneficial effect such further steps would have for a more stable and competitive European economy that better serves the needs of European citizens and companies.

On the whole, a reboot of the CMU has moved up the European policy agenda considerably over the past six to eight months, thanks to the efforts of many. Some of the criticisms we voiced above can still be remedied. In December we had the privilege of presenting our report to the ECON committee of the European Parliament. We understood that at least some political groups in the European Parliament consider ways of developing a view of the Parliament as well, as what might be the best way forward. We would welcome such a development, in particular if, just as within the Council, a serious debate will lead to a more ambitious agenda and a determination to act upon such an agenda. And naturally we welcome the high-level forum on CMU set up by the European Commission that has started its work, also with an ambitious timetable to come up with a report with specific recommendations by May 2020.

Fabrice Demarigny will attend HLF meetings as an observer, so that we can share our experiences and views with the members of the HLF. The European Parliament could provide for ways in which stakeholders can made themselves heard. We in Europe have an opportunity before us, we should not squander it.