In May this year, Rio Tinto blew up one of Western Australia’s most significant Aboriginal heritage sites.

The motive: access to iron ore worth more than US$1bn or €846m (at current prices).

A public relations nightmare eventually led to the departure of its chief executive Jean-Sebastien Jacques, as well as two other senior executives.  This followed an uproar prompted by an earlier review in which Jacques was declared “absolutely” the right chief executive to help the group recover its tarnished image. At that stage Jacques was stripped of his performance bonus worth about A$5m (€3.9m) and two other executives, Chris Salisbury and Simone Niven lost part of their annual bonuses.

The initial response was immediately dismissed by industry super funds and others as inadequate.

The super funds see destruction of a sacred Aboriginal site by Rio – which is listed in both London and Australia – as an act contradicting all three tenets of environmental, social and governance (ESG).

Silk met with Thompson to express his fund’s view that the “proposed penalties fall significantly short of appropriate accountability for those responsible”.

AustralianSuper holds A$1.3bn in Rio shares, and it has asked the Rio board to reconsider its response. Australia’s largest super fund says it continues to engage with Rio on the matter. 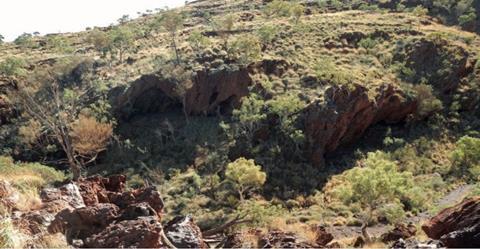 Debbie Blakey, chief executive of HESTA, says investors were “dismayed” at destruction of the culturally-significant sites at Juukan Gorge.

“Not only was a priceless heritage destroyed and costs borne by shareholders, as a result, but we had believed this risk to be well-managed in our portfolio,” she says.

“What occurred with Rio is a wake-up call for all investors. It has caused us to review how we assess company performance in this area, and how we can more effectively advocate for legislative and regulatory change.”

HESTA expects company boards to have oversight of how they monitor shifting societal expectations, and whether decisions made in the past remain appropriate.

Blakey says: “Global investors like HESTA are concerned that engagement with traditional owners is well-managed wherever companies operate.”

HESTA is calling for the mining and energy industries to adopt consistent principles for engagement with indigenous communities.

It has written to 14 Australian mining and energy companies, detailing its expectations around risk management associated with indigenous heritage protection issues.

HESTA’s holding in these 14 companies currently totals some A$1.84bn.

Louise Davidson, chief executive of the Australian Council of Superannuation Investors, says the Rio review of Juukan Gorge does not deliver meaningful accountability. “Remuneration appears to be the only sanction applied to executives,” she says.

“Destruction of the caves resulted in a devastating cultural loss. In addition, it is of significant concern to investors, because it puts at risk Rio Tinto’s relationship with key stakeholders, and its social licence to operate.”

Rio Tinto is not the first, nor will it be the last, large public company called to account by a new shareholder force – industry super funds.

Recent weeks have been gruelling for the board of another hallowed Australian corporate name, AMP, custodian of A$192bn in assets invested globally.

With a 170-year history, AMP has long been considered a pillar of Australia’s financial industry; it is the nation’s largest retail super fund manager.

In June, AMP appointed Boe Pahari to run its asset management arm, AMP Capital. The appointment opened a floodgate of leaks, alleging sexual harassment involving a young female executive against Pahari when he was running the highly-profitable AMP global infrastructure business out of London.

A daily drip of negative stories caused AMP’s largest investors to threaten to withdraw their money. These included JANA, Australia’s largest asset allocator, which advises on A$600bn of super and institutional capital.

By the end of August, it was simply untenable for AMP to cling to the existing set-up.  AMP chair, David Murray, a leading light in Australian financial circles, took responsibility for Pahari’s appointment. He resigned, along with fellow board member John Fraser, a former Australian treasury secretary.

Pahari is no longer chief executive of AMP Capital, and is expected to return to London, to his old job as head of infrastructure business.

The latest crisis came as AMP was mid-stream in trying to salvage its already-shattered reputation, with its new chair (Murray) and new chief executive (Francesco de Ferrari) preparing to mop up damage flowing from the Australian government’s Haines inquiry into the misdemeanours of financial institutions.

Davidson describes the resignations of Murray and Fraser as “an important step in addressing concerns raised by investors, and resetting company culture”.

“Clearly, AMP’s initial response to community, staff, and shareholder concerns around the appointment of Pahari and the treatment of sexual harassment was inadequate,” she says.

Industry funds seem to have appointed themselves as the champions of ESG compliance. Climate change, gender equality and modern slavery are now all on the agenda.

One driving force is the membership of super funds, like First State Super and HESTA, which are emergency workers, nurses, teachers, and a majority female. Their members’ main concern is not top-quartlle returns, but how their money is working to make the world a better place.

CBUS, an industry fund for the more male dominated construction and building industry, has adopted a progressive stance on issues of gender equality and modern slavery.

With a combined ownership of 10% of all companies listed on the Australian Securities Exchange, Australian super funds are no longer just names on company shareholder listings. Increasingly, they seek direct engagement with companies on issues across ESG.

“The super funds are becoming increasingly influential,” says Russell Mason, Deloitte head of superannuation in Australia. “Generally, they have exercised their voting rights quite responsibly.”

Deloitte estimates that, by 2038, super fund holdings will exceed 60% of all listed equities in Australia, although COVID-19 may slow this a little to, say, 58%, Mason tells IPE.

“If we look out 15 or 20 years, the make-up of the boards will have changed dramatically, we will have far more female representation – and that will be due partly to the big super funds,” he says.

“We will also perhaps have some union representation on the boards. I don’t see that as a threat to large companies; it will just be another voice.”