The UK’s top financial regulator has said it will not adjust its strategy to urge responsible behaviour at retirement, despite annuitisation tumbling out of favour since the introduction of pensions freedoms three years ago.

Boulding flagged the plummeting popularity of annuities and quizzed the FCA policy boss as to whether the regulator was planning to adjust its strategy to influence behaviours in the post-pensions freedoms landscape.

“The purchase of a secure income – an annuity – has fallen to third place in popularity,” Boulding said. “We are horrified by what has happened. First place in the popularity stakes is ‘draw out all the money and stick it in the building society’. Will your strategy help people in the post-pensions freedoms world?”

Geale said it was not the place of the regulator to intervene to affect consumer behaviours.

“The strategy reflects the landscape that we have,” Geale responded. “The strategy will not be something that is going to change social policy. It is not about saying pension schemes must do something different.” 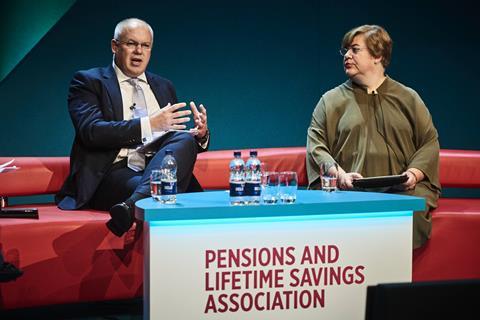 Geale said it was important that the FCA designed a regulatory framework that was appropriate to the current environment and said work was already underway to look more closely at the financial lives of consumers in retirement.

“Nobody really knew what would happen [with] pensions freedoms,” Geale explained. “What we need to do, therefore, is develop a picture that demonstrates how the market is changing and share that with relevant bodies. In the meantime, we work with what we have.”

The concerns raised by the NOW: Pensions director were underscored by a report published last week by the Pensions Policy Institute and Columbia Threadneedle Investments, which warned that people reaching retirement in the next decade may struggle to maintain the same standard of living as current pensioners.

The report found that future pensioners would likely spend more of their income than previous generations because higher numbers were likely to rent in retirement, face higher care costs, look after older relatives, or provide ongoing financial support to other family members.

In 2015, the UK government removed the requirement for pension savers to buy an annuity at retirement.