With just over a month to go until the UK exits the European Union – at least, according to the government’s official plan at the time of writing – time is running out for organisations to prepare. 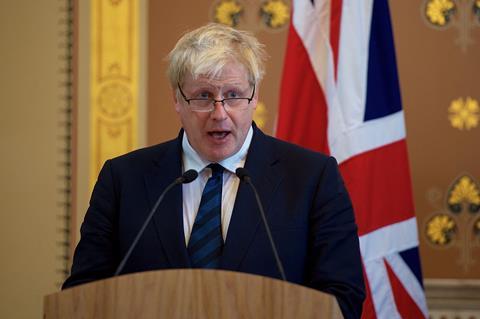 Uncertainty abounds with regards to the final form Brexit will take. This week, the UK’s Supreme Court ruled that prime minister Boris Johnson’s (pictured, right) suspension of parliament through prorogation was unlawful, meaning ministers were free to return to scrutinising the government’s efforts to finalise a deal with the EU.

Outside of the political sphere, regulators across the EU have been preparing for some time, particularly in the build-up to the original Brexit deadline of 31 March 2019.

Those in Luxembourg and Dublin in particular have been busy sorting through applications from companies seeking new offices from which to carry out EU operations. Paris, Frankfurt and Amsterdam have also seen financial services groups move in.

The UK’s Financial Conduct Authority (FCA) has sealed agreements with a number of its counterparts in an effort to ensure the smooth operation of financial markets whatever the outcome.

With trillions of pounds and euros at stake, IPE asked pension industry regulators and trade associations how they have gone about advising on Brexit, and how prepared different pension sectors are for the change.

Industry organisation PensioPlus highlighted that pension funds should ensure that UK service providers were still qualified to operate in the EU after Brexit, and that foreign asset managers complied with the EU’s MiFID rulebook.

It added that custodians, insurers and reinsurers must be domiciled in the European Economic Area, and underlined the importance of clarity about which national legislation was applicable. It also recommended to monitor counterparty risk and divest if necessary.

PensioPlus said it lacked feedback from its members about their degree of preparation for Brexit. 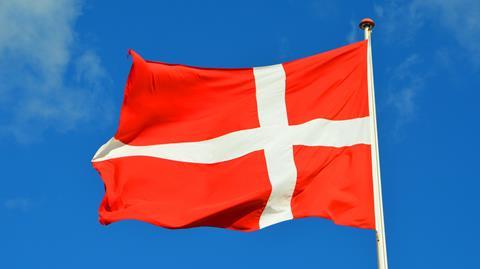 Henrik Munck, senior consultant at Forsikring & Pension (F&P) – the industry association for cross-border pension funds and insurers – told IPE its focus had been on derivatives trading.

“UK credit institutions will no longer have passporting rights to offer financial services to Danish and other EU clients in the event of a hard Brexit,” he said.

“We have advised our members to take the necessary steps to ensure that legacy derivatives traded vis-à-vis UK banks can still be handled in a post-Brexit environment.

“This requires that either: legacy derivatives are re-papered/novated to an EU-based counterpart, or UK-based counterparts have applied for and been granted permission to offer financial services to Danish clients.”

F&P has liaised with the Danish financial regulator (FSA) to ensure UK suppliers know how to apply for such permissions, Munck said, with all relevant credit institutions now registered.

For its part, the Danish regulator said in a statement: “The Danish FSA has been in dialogue with the insurance undertakings regarding the preparations for a possible no-deal Brexit, and the feedback indicates that, in general, the undertakings are aware of the need to prepare.”

The Financial Supervisory Authority told IPE: “According to the data that we have, the direct risks arising from Brexit can be considered to be small.

“Naturally, a large-scale market meltdown following Brexit would severely impact the financial situation of the pension funds. As a financial supervisor we do not consult or advice the pension funds, but require that they have the proper risk management and internal processes that consider these types of risks.”

French institutional investor association Af2i has recommended that investors take several steps in the context of Brexit, including drawing up lists of mutual funds and checking domiciles and authorisations for funds and managers.

It has also recommended that investors include in their management agreements specific clauses allowing for a change of management company in case a provider loses its European passporting rights.

The association indicated that many French institutional investors had taken care to avoid facing major issues whatever the outcome of Brexit.

As the only EU country to share a land border with the UK, Ireland continues to play a key role in the ongoing negotiations.

Its asset management industry has undoubtedly benefited, with Irish assets under management hitting an all-time high of €2.6trn in March , according to the Central Bank of Ireland.

On the pension fund side, the situation is less clear. There are a number of cross-border schemes serving employees in the Republic of Ireland and Northern Ireland, which have been a focus of the Irish regulator’s attention since last year. 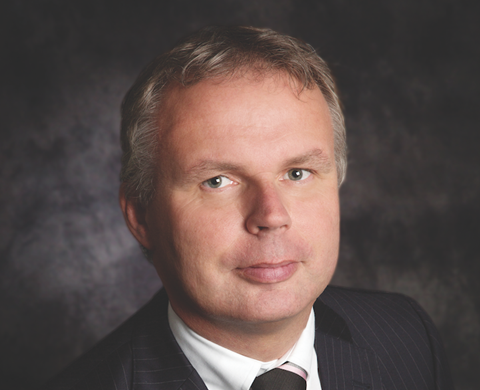 “I think the sector is as prepared as it can be, although it is difficult in a constantly changing situation”

A spokesman for the Pensions Authority told IPE: “During 2018 the authority engaged with Irish cross-border schemes with members based in the UK to assess their preparedness for a hard Brexit.

“Representatives from the authority also liaised with the Department of Employment Affairs and Social Protection, the UK Pensions Regulator and the UK Department of Work and Pensions to discuss the implications of Brexit for UK and Irish cross-border schemes.

“Any legislative changes required to allow Irish and UK schemes to continue existing cross-border arrangements are a matter for government. The Pensions Authority continues to monitor this situation.”

Jerry Moriarty, chief executive of the Irish Association of Pension Funds, said that while his association had not given specific Brexit-related advice, it had flagged up areas to monitor such as the preparations made by UK-based service providers.

“That would mainly cover investment managers and, as far as I am aware, schemes have been having those conversations with managers,” he said.

“I think the sector is as prepared as it can be, although it is difficult in a constantly changing situation.”

Assofondipensione, the Italian association of pension funds, said that it had not had a specific dialogue with its members or adopted specific policy guidelines with regard to Brexit.

However, Covip, Italy’s pension fund regulator, helped design a new law passed at the end of March specifically designed to avert negative consequences of the UK’s departure from the EU. 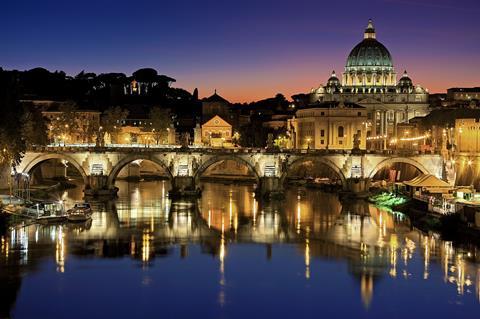 “Covip has participated in the design of the law decree no. 22 of 25 March 2019, along with other activities concerning the monitoring of the financial and economic sector,” the regulator said in a statement.

“The aim of the bill is to help regulate in an orderly and coherent fashion the operations of intermediaries and other entities that, due to Brexit, would lose the current status and assume the status of entities coming from third countries, with which no co-operation agreements are in place.”

It added that investments in UCITS funds domiciled in the UK would be subject to EU rules for a “transitory period”.

Luxembourg’s financial regulator, the CSSF, earlier this year called for UK asset managers to notify it as soon as possible if they wanted to be able to conclude new contracts in the country following a potential “hard Brexit”. The deadline for notifications passed on 15 September.

If the UK exits the EU without ratifying a withdrawal agreement, it will become a “third country” in relation to providing services to EU entities. In a statement in July the CSSF emphasised that providing regulated services in Luxembourg without proper authorisation was illegal and therefore subject to sanctions.

Several asset managers have re-domiciled client assets from the UK to Ireland or Luxembourg, including M&G, Columbia Threadneedle and First State Investments.

In a newsletter dated 28 August, Dutch regulator De Nederlandsche Bank (DNB) underlined that it was important for pension funds to keep implementing their plans for a no-deal Brexit through risk hedging and liquidity management.

In February, it reported that financial organisations had largely implemented the recommended measures. At the time, it said that outsourced services and the exchange of personal data in particular could still pose a Brexit risk, and highlighted that the postponement of Brexit would not guarantee a deal later. 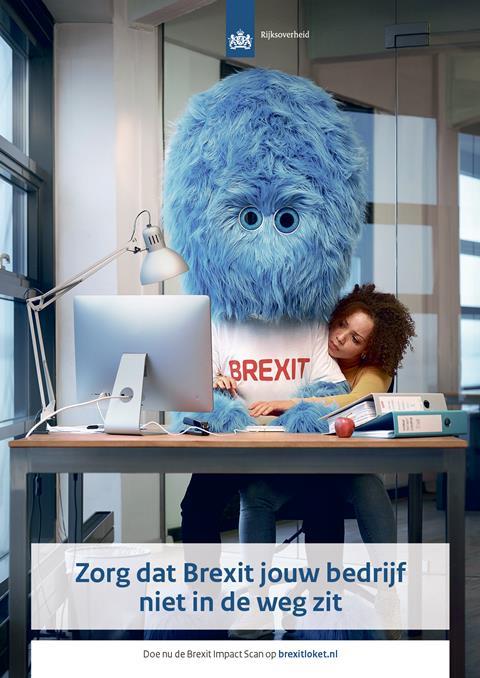 DNB referred to temporary legal measures, aimed at preventing problems at derivatives markets, taken by the EC and the Dutch ministry of finance. It said legislation had also been adjusted to ensure that Dutch organisations could continue participating in payment and securities transactions.

However, in March the watchdog warned that not all Brexit risks had been eliminated “as Brexit posed a unique and complicated situation that included the risk of unexpected problems”.

The Dutch Pensions Federation, which represents pension schemes, declined to comment on its Brexit recommendations to funds, but in a position paper from June 2017, a year after the UK’s EU membership referendum, it had highlighted that an “unregulated” Brexit, without clarity about rules and processes, should be prevented. At the time it said that Dutch pension funds had billions of euros invested in the UK that was at risk of economic consequences from Brexit.

“Given the developments of the past few months, we can’t see any reason to change our advice that our members should take a no-deal Brexit into account,” said Gert Kloosterboer, spokesman for the industry organisation.

He added that the federation’s impression was that pension funds had been thoroughly preparing for the worst case scenario, while noting that many issues would be pension fund-specific. “We haven’t received worrying signs from regulators DNB and AFM,” he said.

In keeping with most other EU countries, Swedish regulator Finansinspektionen said it had been “following EIOPA’s recommendations and been in contact with firms that have cross-border operations into Sweden and have Swedish customers”.

Other than this, however, it declined to comment on Swedish funds’ preparedness for Brexit.

“Since the [EU membership] referendum in 2016 we have increased our foreign exchange hedging of sterling,” Ros added.

The FCA recently launched an advertising campaign aimed at reminding all regulated firms that hadn’t finished their Brexit preparations to do so as soon as possible. 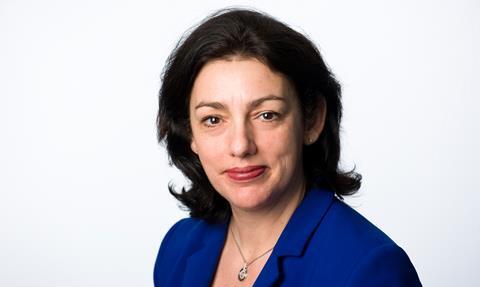 Nausicaa Delfas, executive director of international at the FCA, said: “The FCA has undertaken significant work to prepare for the UK’s departure from the EU. We have published extensive information on our Brexit pages and held events, reaching firms and trade organisations around the country.

“We expect firms to ensure they are ready if there is a no-deal [outcome]. If firms haven’t finalised their preparations, there is a risk they could be impacted. Firms should consult the information on our website.”

The watchdog also highlighted potential changes to UK rules if no deal is agreed by 31 October. These include transaction reporting rules under MiFID II, as well as a number of other changes to the FCA’s handbook.

For pension funds, the Pensions Regulator (TPR) has advised pension trustees to review investment arrangements, risk management policies and administration – particularly for those with members based in other EU countries.

Defined contribution schemes “should be prepared to explain clearly to your members the work you have done to understand how Brexit may impact your scheme and the steps you have taken to address these issues”, TPR said.

For defined benefit schemes, trustees have been urged to review the strength of their sponsor covenant to understand how exposed their sponsoring employers are to Brexit risks.

“You should be having open and collaborative discussions with your sponsoring employer about deficit repair contributions and how they may change,” TPR told trustees. “If the employer proposes to reduce [contributions] we would expect you to test whether this is the right thing to do.”