How we run our money: Compenswiss 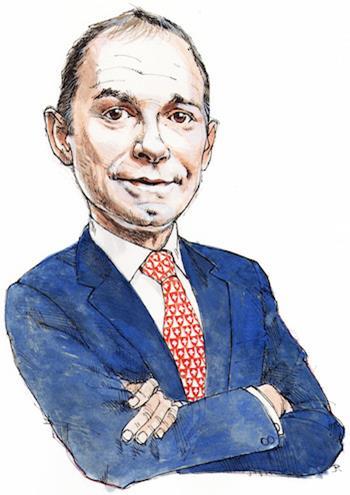 The proposed reform of Switzerland’s pension system, known as Altersvorsorge 2020 (AV2020) in German, could have a significant impact on Compenswiss, the organisation that manages the country’s social security funds. The organisation delivers pensions and other benefits provided under the Swiss pay-as-you-go (PAYG) first-pillar system. Depending on the outcome of the reform, the investment time horizon of the funds may vary greatly.

But the funds cannot lie idle while waiting for the outcome of the process, according to Frank Juliano, head of asset management at Compenswiss. “In this world you have to adapt, be proactive and anticipate. If you don’t go forward, you go backwards. Being static is not an option,” he says.

The organisation has clearly moved forward since the last time IPE interviewed its CEO, Eric Breval, in October 2007. At the time, it was named after the acronyms of the different insurance schemes it manages, each in the four languages of Switzerland. It has since been rebranded Compenswiss to bring everything under the one name. Juliano says the rebranding has been perhaps the least significant change.

Juliano joined the organisation in September 2012. He is Swiss and an Italian national with a previous career of more than 20 years, working for firms such as Merrill Lynch, Lombard Odier and UBS. He is also a board member of SVVK/ASIR, the Swiss Association for Responsible Investments, and a member of the examination commission of the Swiss Financial Analyst Association (SFAA). He has overseen important changes in the way Compenswiss manages its investments, from the development of internal capacity to an improved risk management strategy.

In the past decade, the most important trend for Compenswiss has indeed been the development of internal asset management expertise and capacity. Back in 2007, Juliano says, the organisation was much smaller in terms of headcount. The internal investment professionals focused mainly on Swiss fixed income, and the majority of investment activities were carried out by external managers.

Since then, the organisation has hired staff and structured processes for investing in the major asset classes. Juliano says: “We have been creating a lot of internal expertise in asset-liability management (ALM), strategic asset allocation as well as asset management.”

The trend, he explains, was driven by two factors. First and most important is the organisation’s need to reduce and control costs. As Juliano suggests, because Compenswiss is a public scheme that manages contributions from the Swiss population, the emphasis on cost control is significant.

The other driver is simply the institution’s belief in the value of internal management. Juliano says: “The worst thing you can do is fully outsource your asset management. If you don’t have any knowledge internally, it will be very difficult for you to do a proper assessment of what you outsource.”

In Juliano’s vision, the balance between internal versus external management should reach an equilibrium point. Where that equilibrium point lies will partly depend on the extent to which Compenswiss can achieve cost efficiencies and quality through internal management. But Juliano believes it also brings other benefits: “With internal asset management, first and foremost, you can be sure that the interest of the portfolio managers are fully aligned with the objectives of the funds.”

Headquartered in the financial centre of Geneva, the organisation can access top quality asset management services and attract exceptional investment talent, according to Juliano. That, in theory, facilitates the decision on what the strategic breakdown of internal versus external management of the portfolio should be.

In actual terms, the equilibrium point for Compenswiss corresponds to a 50/50 split between internal and external management. Juliano says that point has been reached over the past two years. The organisation recently added US Treasuries and Swiss equities to the internally managed asset classes. But there are several other important building blocks that are managed in-house, including European credit, inflation-linked bonds and global sovereigns.

Is there a risk that building significant internal investment capabilities in a number of asset classes will skew the strategic asset allocation? Juliano believes this is not the case. He says: “Where we believe we don’t have internal expertise and will not be able to build internal expertise at an efficient cost, we will continue to choose external management. It’s important not to fall into a trap of having a bias towards internal or external management, and we do not believe we will do that. We are large enough, and our portfolio is quite segmented in different asset classes.”

The outcome of this strategic in-sourcing programme was significant. Between 2007 and the end of 2015, operational and management costs declined from 29bps to 17bps. Juliano points out that although this is partly explained by increased economies of scale, cost-reduction efforts are the main reason for the decline in total costs.

These rose slightly in 2015 because Compenswiss was on a drive for diversification, which led it to employ more complex and costly strategies. “The lowest point for costs was 2014. Now the picture is changing a bit. We are going the extra mile with the diversification of the portfolio, trying to find diversifying sources of return. Obviously, for complex strategies we need to pay a bit more in fees.”

“We are only conservative when it comes to our risk profile. The actual strategy is complex. I think that makes us a sophisticated investor”

The organisation, however, is somewhat constrained in where it can find diversifying returns. The need for Compenswiss to maintain a relatively high level of liquidity is written in Swiss law. “We have two missions: the first is to pay pensions, which means we need liquidity in every circumstance. The second is to provide market returns in a safe way. It’s a challenge to fulfil all three objectives of liquidity, safety and returns at the same time,” says Juliano.

This means Compenswiss has a portfolio that is, on average, more liquid than other funds. It also follows that the scheme cannot allocate to natural, but illiquid, diversifiers such as real estate, private equity or infrastructure to a large extent. “We have a small portion of the portfolio dedicated to  less liquid assets but we currently do not have the freedom to invest in those markets beyond certain limits,” he adds.

Juliano is keen to point out that, despite its constraints, Compenswiss is not a conservative investor. “We are only conservative when it comes to our risk profile. The actual strategy is quite complex. I think that makes us a sophisticated investor.”

Combining the three requirements – liquidity, security and return – is indeed extremely challenging. Compenswiss manages three social insurance schemes – the old-age pension scheme, a disability scheme and one providing maternity and military benefits. Juliano explains: “Each insurance scheme has different ALM features. In our investment process we have to take into account that we manage three social insurance schemes that face different projections. As such, they will have different risk budgets or risk profiles in terms of asset allocation.”

Juliano emphasises that Compenswiss has to deal with great uncertainty regarding the flow of contributions, as it faces adverse demographic trends and volatile financial markets. Contributions come mainly from employees and employers. The funds also collect a percentage of sales tax and levies from casinos, and receive contributions from the state. As such, the ALM picture is particularly complicated, taking into account demographic trends, the financial markets and GDP, employment and immigration.

To answer the challenge, the organisation has created two portfolios: a basis portfolio and a market portfolio. As the names suggest, the former consists of cash and money market investments, while the latter is invested in risky assets. Depending on the ALM projections, the reserves set aside for each scheme will be invested in both portfolios. The split between basis and market portfolio is regularly reviewed in order to meet the risk-return objectives.

Juliano says: “That is a simple and efficient way to manage three funds that have different projections, while still having one asset portfolio. It’s more cost efficient than managing three portfolios.”

The other important aspect of the strategy, he adds, has to do with risk management. The portfolios have a risk objective, and the asset allocation is managed dynamically to keep the risk, intended as volatility, within a fluctuation band.

The board sets a risk level  and boundaries for each scheme. When volatility exceeds the upper limit, the fund will de-risk the portfolio by selling from the market portfolio and putting the proceeds in the basis portfolio. “It has proven to be a good system, allowing us to de-risk the portfolio quite quickly in turbulent times,” adds Juliano.

The currency overlay has been in place since 2003. It is a systematic programme based on a specified hedge ratio and triggers, whereby the hedge ratio is raised as a currency appreciates and vice versa. Juliano says the programme has worked better compared with a static hedge ratio. Because of the strategy, the funds did not benefit entirely from the appreciation of the US dollar against the Swiss franc in 2016. However, in 2015, the currency hedge offset the negative impact of the Swiss National Bank’s decision to remove the peg with the euro.

The aim of the interest rate overlay, which was started in 2011, is to control the duration of the bond portfolio. Target durations are set by the board for bonds denominated in Swiss francs, euros and US dollars. The investment committee can then fine-tune the duration to optimise the bond portfolio dynamically, within certain limits.

Since 2013, Compenswiss has run an equity overlay programme based on derivatives. This limits the exposure to equity risk by allowing the funds to de-risk without selling shares on the cash market. “We have less equity than most other pension funds, but equity risk remains the main contributor. It is very costly to buy and sell cash assets, partly because we pay stamp duty. The equity overlay helps us reduce these transaction costs when we need to de-risk.”

The tail risk-hedging programme was implemented in 2016. It is separate from the equity overlay and will protect Compenswiss against a serious equity market meltdown. The funds implemented the programme by building a portfolio of 15% out-of-the-money put options on the major equity markets. The options are then rolled periodically.

“We did a lot of research to understand which instruments, maturities and frequency of rolls were appropriate. So far, we have found that the most straightforward way is equity put options,” says Juliano. “We are studying more complex cross-asset protection techniques but these are proving difficult to value.”

Thanks to the overall strategy, Juliano feels Compenswiss is well-equipped for the future. Regardless of the impact of AV2020, the two main objectives now are diversifying and improving parts of the investment process.

“We have to find additional diversifying segments while keeping risks under control.” Recent additions to the portfolio are European high yield, which was implemented in 2016 (the funds had been in US high yield before), and local currency emerging market debt.

For the past two years, the funds have also been trying to increase its real estate exposure. The decision was taken based on recent ALM projections. But it has proved challenging due to the illiquidity of the asset class. Therefore, Compenswiss has opted for indirect real estate exposure through core funds in Europe and Asia. It is also launching an RFP for a value-added opportunistic real estate funds. “That may be one of the most complex and less liquid strategies we will have,” says Juliano.