How we run our money: Nobel Foundation 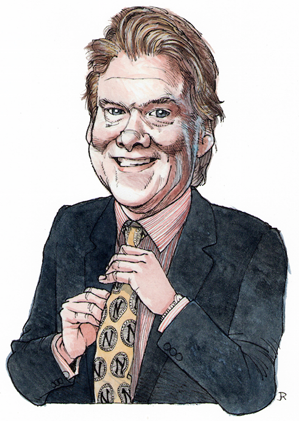 Gustav Karner (pictured), CIO of the Nobel Foundation, tells Carlo Svaluto Moreolo about how the eponymous awards are funded

Awarding Nobel Prizes is costly. The first prizes of SEK150,000 each were awarded in 1901 but the Nobel Foundation – the institution that is tasked with maintaining the value of the prize – concedes that the prize value has eroded in real terms.

It was in 1991 that the foundation managed to restore the original prize amount in local currency terms. According to the will of Alfred Nobel, the Swedish industrialist whose fortune was the basis for the foundation, the assets available had to be invested in “safe securities”. It was not until the late 1950s that the changes needed to steer the foundation to a more modern style of investment were implemented. These were designed to ensure the institution met its prize amount target.

The amount of the 2014 Nobel Prize was SEK8m (€862,000) while the foundation’s assets were SEK3,869m at the same time. As well as maintaining the value of the prize the foundation is responsible for managing and developing the prize’s heritage. This involves ensuring the independence of the prize-awarding institutions: the Royal Swedish Academy of Sciences, the Karolinska Institutet, the Swedish Academy and the Norwegian Nobel Committee.

Gustav Karner, the foundation’s CIO, explains that it has established that the minimum annual return target should be 3.5% above inflation. This ensures that it fulfils its responsibilities.

Karner joined in 2012 after holding various senior roles at Swedish insurance companies and pension funds. He says that for the 10 years prior to his engagement, the annual return target was missed, as the average for the period was 1.4%. Having acknowledged that missed target, Karner began restructuring the portfolio under the supervision of its investment committee.

The committee, which Karner describes as “very competent”, meets monthly except during the winter and summer holidays. Tomas Nicolin, former chairman of AP3 and CEO of Alecta , chairs the committee, and is one of many professionals who work with the foundation. Another notable example is Lars Heikensten, the foundation’s CEO, who is a former governor of Sweden’s central bank.

The work began by moving most of the equity holdings from active to passive. Karner says: “We used to focus on direct investment in specific names and actively managed mutual funds, as well as discretionary mandates. We moved almost everything to passive index funds on the equity side. Using futures on the big indices, we have implemented a very efficient structure, lowering the fee component.”

More recently, Karner invested in a smart beta fund assets managed by the quant investment house AQR. “We very much liked their approach in getting exposure to alternative risk premia in a much cheaper way compared to hedge funds,” says the CIO, who adds that the investment has performed well.

For Karner, the long-term target is reducing exposure to equity risk. An ALM study, conducted in 2012 by Magnus Dahlquist, a professor at the Stockholm School of Economics and member of the investment committee, established that the long-term allocation to equities should be 55%. Karner says that he cannot deviate much from that, yet this spring he brought down the allocation to the current level of 43%. The total equity risk of the portfolio is about 60% compared with 90% when he joined, and his belief is that this should be slightly lower.

Nobel Foundation at a glance

The fixed income portfolio was restructured to achieve shorter duration, and now accounts for only 16% of total assets. A major component of assets, about 39%, is invested in alternatives. In that alternative bucket, there are small allocations to direct lending and real assets, but 29% is invested in hedge funds.

Karner says that a large part of his work was geared to restructuring the Foundation’s hedge fund allocation. He built a proprietary performance attribution system, thanks to his knowledge of programming (he holds an MSc in computer science) and economics.

This unequivocally told Karner that the foundation’s hedge funds investment was underperforming.  “I started meeting all the managers, and divested from the ones that were not good enough,” says Karner. Another key step in this exercise was meeting hedge fund manager and mathematician James Simons, founder of Renaissance Technologies.

“He and his team helped us analyse our portfolio, particularly the hedge fund component, and find better substitutes for the hedge funds we had. We did quite a lot of changes as a result,” Karner says. Once the correct investments were identified, it took further work to establish a relationship with the hedge funds that were closed at the time.

The foundation aims to have no more than 10 well diversified hedge fund investments, says Karner. The strategies that were chosen include equity long-short, fixed income relative value, multi-strategy and statistical arbitrage.

He says: “We have quite simple rules for hedge funds. First we do not want to have too many investments, because we want to know the funds and their exposure, and want to follow them closely. Also, we definitely want to have world-class hedge funds as well as the very best teams in their categories. Finally, we look for hedge funds with very low beta to the equity and fixed income market.” Earlier this year, the foundation added Two Sigma and Millennium Global to its roster of hedge fund managers.

Karner says he “inherited” a large allocation to real estate funds, equating to about 10% of the balance sheet when he joined, and that some of those funds were “expensive” and underperforming.

“In theory, given the excellent returns we had in the past three years, we could say we have done our job for the next 10-plus years, if we could find safe assets to invest our money now”

The allocation to real estate has been reduced to 7% of the portfolio, and the fund has allocated funds to a Carlyle vehicle. The only investment in infrastructure – which accounts for about 2% of the assets – is through Global Infrastructure Partners, which Karner says has performed well. Because of the foundation’s size, he maintains, the best way to invest in infrastructure is through funds.

The decision to focus on hedge funds and passive equity was made by the investment committee. Based on its view on the long-term path of interest rates, the committee decided that to meet its targets, sources of return outside equity and fixed income would have to be found. Having restructured the allocation to hedge funds, Karner says the next step is looking at private equity, which accounts for 3% of the assets.

“The total hedge fund portfolio should have beta of zero to both equity and fixed income. We believe the correlations to the liquid markets are currently quite weak, as the portfolio performed well during the summer. Having alternative betas is giving us good uncorrelated returns. But we need to do more in terms of finding additional sources of return,” Karner explains.

He says the committee also considered whether the financial markets are in better shape compared with before the Lehman crisis or the dot-com crash of the early 2000s. This is a fundamental question, to which the committee’s answer was “probably not”.

The CIO speaks with clarity about the threats posed by low interest rates, the rising amount of debt in the economy, aggressive central bank policy and stringent banking regulation. The latter, he argues, is responsible for the lower liquidity market, a structural trend that will push volatility higher.

He has strong views on the foreign exchange markets, which probably explains why he chose Millennium Global, a hedge fund manager specialised in currency, to manage part of its alternative exposure.

“A competitive devaluation of currencies is probably necessary for some markets, such as Brazil.” But when it comes to the US, he says, it would be appropriate to let the dollar increase, given that the US is the strongest in the developed world, and a strong currency would not harm its domestically-focused economy. The strong appreciation of the dollar this year led Karner to reduce exposure to the currency, which was previously “quite large”. 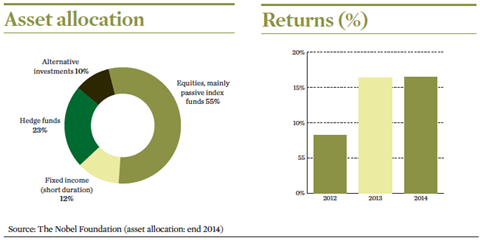 One of the indicators discussed by the investment committee was volatility. “At several meetings we discussed the level of volatility, and decided that it was far too low. Now it is normalising and we can withstand a degree volatility, as we are in this for the long run”, adds Karner.

He points out the standard deviation for the portfolio is 7%, the betas to the equity and fixed income market are 0.5 and -0.3 respectively. Based on those figures, Karner says: “We do not believe our risks are too high, but we have had excellent returns in the past three years, and we expect much lower returns going forward.”

The portfolio, says Karner, has been stress-tested against some of the worst-case scenarios envisaged by the US Federal Reserve for its own purposes. “Because we didn’t believe in the implied volatility in the market, and thought the inherent risks in the market were higher, we looked at a number of different scenarios,” he says.

“We tested our balance sheet against the Fed scenarios, and that is helpful, because we can see how much we would loose in a bad situation.”

The likelihood of lower returns is high, but this does not mean Karner is prepared to lower the targets. He seems confident that the foundation can reach its return target of 3.5% above inflation, and complacency is not permitted. “In theory, given the excellent returns we had in the past three years, we could say we have done our job for the next 10-plus years, if we could find safe assets to invest our money now. But actually we may need that buffer going forward,” he argues.

The CIO manages the Nobel Foundation’s assets with four full-time staff, while the whole foundation employs only 10 people. Many more work for the foundation’s wholly-owned limited companies in Sweden and Norway, which take care of all matters regarding the Nobel prize, including disseminating education and information.

But, the decisions concerning asset allocation are made by the investment committee. The foundation outsources administrative tasks as well as risk management, which is carried out by Rixtrema, and performance attribution, which is taken care of by Wassum, the Swedish consultancy.

The consultancy has devised an iPhone app which enables Karner to see his portfolio’s position as it varies day by day. Is that perhaps too much attention to the here-and-now, given that the goal is long term? Not exactly, says Karner: “You need to know day by day.”