How we run our money: Nokia 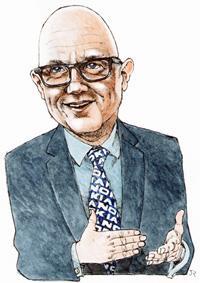 In a world where corporate behaviour comes under closer scrutiny, the way companies treat current and past employees is critical. Ensuring they are financially secure in retirement is not something that can be overlooked by management boards. But for a company such as Nokia, which has about 100,000 staff and more than 200,000 retired employees, pensions can become a great challenge.

That is why the company is changing the way it manages its pension plans and strengthening the team in charge of pension matters. Given Nokia’s long history of mergers and acquisitions, this is a strategic priority. The company most recently made a major acquisition, buying Franco-American telecommunications equipment giant Alcatel-Lucent . The deal was finalised in April 2015, with Nokia paying €15.6bn in an all-stock deal.

As a result of the intense M&A activity of the past two decades, Nokia has 2,700 employee benefit plans. About 300 are defined benefit (DB) or defined contribution (DC) pension plans, with the rest consisting of health insurance and termination-benefit plans. The largest pension plan is the US one, acquired through the Alcatel-Lucent merger, but there are large plans in Germany, the UK, Belgium and Switzerland. The US, German and UK plans together account for 93% of the group’s total DB obligation and 92% of total plan assets.

The only way to manage this portfolio of pension plans is by creating a single, dedicated team to oversee all aspects of pension management. Just over six months ago, the company appointed Arto Sirvio as director of pensions to join the existing Alcatel Lucent pensions team, led by Jean Grisi. Sirvio, who is based in Amsterdam, will soon move to New Jersey to join the global pension team there.

Sirvio is a long-standing employee of Nokia. He was featured in IPE magazine in 1999 where he discussed how he managed the company’s Finnish pension foundation. The plan was closed in 2007 when its €1.2bn of liabilities were transferred to local insurers Ilmarinen and Varma .

Since then, a lot has changed for the company. “Managing the Nokia Finnish pension foundation was my first job in the company,” says Sirvio. “At the time, we were the leader in mobile phones. Today Nokia is a completely different company.”

Sirvio left the pension foundation in 2001 but stayed at Nokia. He held several senior positions in Nokia’s treasury department, until he was called back to help manage a huge legacy portfolio of pension plans. “Pensions were less of a concern for the old Nokia but now with the various acquisitions we added a large number of plans and a large pension liability,” he says.

To be precise, Nokia had €28bn of pension liabilities at the end of 2016. The figure increased significantly between 2015 and 2016 owing to the Alcatel-Lucent merger. “This is a large gross liability but the good news is we are very well funded with €27bn of assets. Most plans are also materially closed for new defined benefit obligation (DBO) accrual. Alcatel-Lucent had a great team and track record with managing pensions,” says Sirvio.

The acquisition of Alcatel-Lucent had a significant impact on the overall allocation of Nokia’s pension assets. The share of fixed income went from 51% at the end of 2015 to 66% at the end of last year, and equities fell from 24% to 10% of the overall portfolio. Alternative investments also grew from 6% to 12% over the same period, while the allocation to real estate was stable. The overall discount rate for calculating present value of plan assets rose from 3% in 2015 to 3.3% last year, and the duration of liabilities fell from 15 years to 11 years. Nokia’s pension portfolios managed a 4.8% return in 2016.

In Germany, the group sponsors two cash-balance plans. These plans are partially funded DB plans, as benefits are subject to a minimum return guaranteed by the group. One is the €1bn Nokia-Siemens Networks pension scheme; the other is linked to Alcatel Lucent. These plans are known in the German regulatory framework as ‘contractual trust arrangements’ (CTAs) and legally separate from Nokia. Other plans in Germany were previously frozen and replaced by cash-balance plans.

The group has three DB plans in the UK. The plan for former Nokia-Siemens Network employees is divided into a money-purchase section and a final-salary section, both of which were closed to future contributions and accruals in 2012. The two other plans are legacy DB plans set up by Alcatel and Lucent. Both final-salary plans were closed to new entrants in 2002 and 2001, respectively, but active employees still accrue benefits.

Given the complexity of managing this portfolio, Nokia needs several employees to look after pensions on a daily basis. The company’s global pensions team now comprises 35 employees based in New Jersey, Munich and Espoo in Finland. The New Jersey team used to be part of Alcatel-Lucent but is now fully integrated within Nokia. The team is growing overall to suit the company’s need for pension expertise.

An important change in Nokia’s pension strategy, according to Sirvio, was to bring global pension accounting under the scope of the global pension team. The task was previously under the remit of the global accounting team. Sirvio says: “The idea is that pension expertise and knowledge is quite a unique skill. We felt that we wanted to take end-to-end responsibility of pensions, including investment, actuarial work and pension accounting. One team is now covering the whole pensions spectrum. I personally felt that this was the right move.”

The next key task for the global pensions team is to adapt to the new environment as the company harmonises pension offerings and reduces the number of plans. “Having just completed a series of M&A deals in rapid succession, we have to learn about our portfolio of plans in detail. We need to understand what can be done in terms of benefit harmonisation. Consolidating benefit plans can be a challenge after such intense merger activity, but it is essential in order to avoid creating unnecessary friction,” says Sirvio. Part of the task will involve working on pension plan design together with the company’s human resources department.

One possibility is for the company to look at de-risking solutions such as pension buy-ins, buyouts or longevity swaps, says Sirvio. But this is all part of a discussion that is taking place with the many local trusts sponsored by Nokia. From this perspective, Nokia operates like many of its multinational peers. The various pension plans are operated by local trusts that receive advice on asset allocation and liability management from the company’s global pensions team.

Sirvio and his team members may be members of local trustee boards or investment committees. “The local trusts are independent organisations and that means we have a delicate role. Sometimes we are representing Nokia and other times the local trustee board. But, in the end, we have only one mission, which is to act for the benefit of the pension plan members,” says Sirvio.

At this stage, the discussions with the local trusts are partly about corporate guarantees and additional contributions from Nokia. But the next stage will be to harmonise investment portfolios across all the plans. One of the key aspects to manage is that each local trust has its own specific strategic asset allocation. “One of the goals of the global pension team is to ensure that we are sufficiently diversified, and that the strategic asset allocation of each local trust is based on solid and frequently updated asset-liability management (ALM) studies,” explains Sirvio. “This means that local plans are not just invested in stocks and bonds but also, depending on the size of the plan assets, in alternative assets such as private equity, hedge funds and real assets.”

An important element of the company’s strategy is that external asset management is generally preferred to managing assets in-house. Therefore, Sirvio says, the team will also focus on the costs associated with running the portfolios. “We think we understand what can be done and what should be done. When it comes to investment, using the same asset managers for the same portfolios would make sense. If five pension trusts in Europe have an allocation to global equity, then it would be sensible to pool that amount together and get a better price for everyone. The same goes for custody mandates,” argues Sirvio.

Much has changed in the world of pensions since Sirvio was last featured in IPE magazine. “While I was gone from this sector, regulation has increased significantly. At the same time, the market has developed important solutions for de-risking that were not available when I last worked in pensions. In the US and UK especially, you have helpful financial and insurance solutions such as buy-ins, buyouts and longevity insurance. Lump-sum offers are also an interesting solution that we have used in the US from time to time. So you have more regulation but also more tools you can use to solve problems”, concludes Sirvio.

History shows that Nokia is not afraid to evolve and, therefore, changes in the pension world should not be met with apprehension by its senior management. The hope is that the pension sector as a whole continues to deliver innovative solutions to real-world problems, much like Nokia has done as a company for the last 100 years.