At least two major UK banks are planning for their defined benefit (DB) pension schemes to be sponsored by their ‘ring-fenced’ retail businesses after they are forced to split up next year.

The news follows criticism of Barclays Bank, which currently plans for its £31.8bn (€36.5bn) scheme to be attached to its investment banking arm, which is perceived to be riskier.

Under legislation passed in the wake of the financial crisis, the largest UK banks are required to separate – “ring-fence” – core retail banking services from their investment banking activities by the beginning of January 2019. Part of the motivation is to reduce the need for taxpayer bailouts in the event of an entity going bust.

Santander’s and HSBC’s UK pension schemes are both poised to be sponsored by the retail-focused, ring-fenced entity, according to a spokesperson at each bank.

Frank Field, Labour Party politician and chair of the UK parliament’s Work and Pensions Committee, criticised Barclays’ decision and asked questions about the Pensions Regulator’s (TPR) involvement in the discussions. 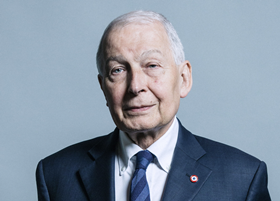 In a statement last week he said: “The whole point of splitting banks in two is to protect the safe retail bank that can’t be allowed to fail from the casino bank that can go bust come the next crash.

“I am struggling to fathom how being shackled to the expendable half provides long term reassurance to the pension scheme members.”

Although the banks have to follow through with the ring-fencing changes by January 2019, they have until 2026 to ensure their pension schemes are placed in one of either the retail or investment divisions, according to a spokesman for TPR.

Most were planning to place their pensions in a division by 2019 and TPR was engaged with the five banks – Barclays, HSBC, Lloyds, Royal Bank of Scotland (RBS) and Santander – with defined benefit pension schemes, the spokesman added.

Banks set out their plans

A spokesperson for HSBC UK said: “HSBC has been in discussions with the trustee of the HSBC Bank UK Pension Scheme and an in-principle agreement has been reached on the treatment of the scheme.

“The defined benefit section of the HSBC Bank UK pension scheme will move to be supported by HSBC UK [the ring-fenced entity], with additional support provided by the HSBC Group.”

The £24.6bn HSBC Bank UK scheme is the group’s largest pension plan. At its latest funding valuation in December 2014 the plan reported a surplus of £520m and a funding level of 102%. 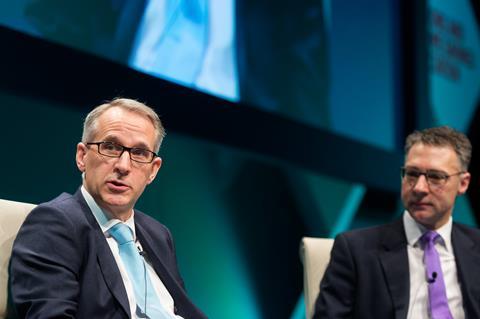 According to a spokeswoman for RBS the bank and the trustees had not yet reached an agreement on where the £50bn group pension fund would be housed. The vast majority of RBS’s business will sit inside the ring-fenced bank – around 90%.

Lloyds had not commented on its plans by the time of publication.

The Prudential Regulation Authority (PRA) has overall responsibility for the ring-fencing project, but banks are encouraged to ask TPR for clearance if their plans to comply with the ring-fencing law are likely to cause material detriment to their DB schemes.

TPR cannot force them to ask for clearance, but it can decide at a future date to investigate a bank’s pension scheme.

Barclays has defended its plans following criticism from Field and national newspapers.

“Barclays’ primary objective in its ring-fencing plans has been to safeguard the interests of our pensioners,” a spokesman said.

He added that the company believed its agreement with the trustee board and its advisers had achieved this. 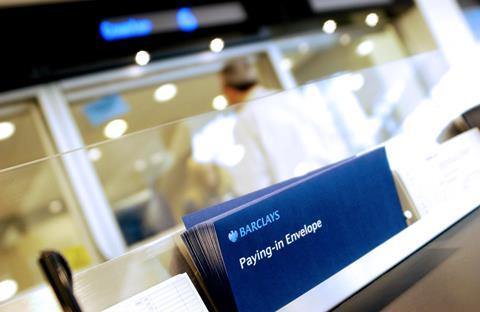 Barclays has promised £9bn in contingent assets to its pension scheme

Also, up to £9bn of assets are to be set aside for use by the pension scheme should the sponsor default on its liabilities.

The bank had discussed its plans with the PRA, TPR and an independent expert reporting to the UK’s High Court, the Barclays spokesman added.

However, IPE understands Barclays has not yet approached the regulator for formal clearance.

All banks must have their restructuring plans sanctioned by the court. A Barclays hearing is due to be held on 26 February.

Barclays’ management had proposed a meaningful increase in aggregate contributions to slightly over £8bn by 2026, he said, meaning the real challenge facing the trustee board was “locking down” the risk in the scheme over that period.

“Rather than making hyperbolic comments on the investment bank, we should be looking at how the agreed contributions are back-end loaded, with the step up in contributions in 2021 leaving only four years before the UK ring-fenced bank ceases to sponsor the scheme,” he said.

“The scheme’s funding position remains volatile, so a contribution schedule that allows the trustee to lock down more of the risk sooner would give the parties more time to adapt and respond accordingly if a meaningful deficit re-emerged in the lead-up to the 2025 cut-off.”