How did you go from being a patent attorney in a sleepy English market town to being at the epicentre of European financial regulation?
The story begins in 2005 when I became an MEP after my then party colleague Chris Huhne was elected to the UK Parliament in Westminster and I took over his committee roles, among them ECON.

What was the mood around IFRS in the mid-2000s in Brussels?
Brussels treated IFRS as part of the company law package. The problem was that the Legal Affairs secretariat lacked the relevant expertise to handle it, not least because of its overlap with bank issues. So I forwarded it to the ECON secretariat and we started to scrutinise the file informally. Once I became ECON chair in 2009, I arranged for the formal transfer of responsibility.

I also became aware of the antipathy towards IFRS on the continent when we looked at IFRS for small businesses. The full horror of the alignment of UK GAAP with IFRS had until then largely passed me by. Nonetheless, I heard a very clear message from other MEPs that the UK could do what it wanted, but they were not going to have it foisted on them.

One of the key themes I recall was the focus on neutrality in the IFRS conceptual framework. I felt uncomfortable when I measured it against how I had run my own business as a patent attorney. It struck me as a case of ‘cashflow time travel’ or ‘eating tomorrow’s profits and leaving the cupboard bare’. I also thought the UK accountancy profession was untroubled by company law. In particular, it was keen to dismiss prudence as a question of hiding profits, something it struck me that the audit profession was supposed to be there to prevent.

To add some colour to that, one of my first interventions in ECON, before the financial crisis, was on correlation and tail risk. It was apparent that financial mathematics wouldn’t stand up in an engineering context – especially not given that they were using equations where variables are meant to be independent for things where variables were not independent. All of a sudden I was right back at engineering maths. 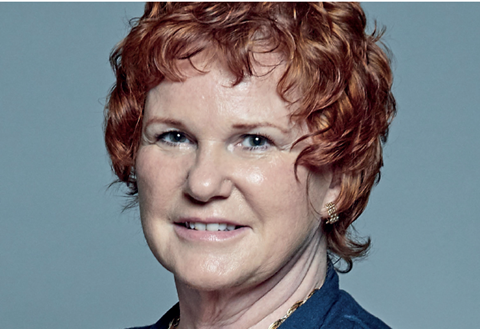 What does the UK need to do to come to terms with IFRS?
I am very clear that the UK needs to revisit its IFRS experiment and come up with a better way of dealing with the departure, as I see it, of accountancy practice from company law than making a disclosure in the notes.

The ICAEW has defined the public interest as something that is used “by many to justify a wide range of actions and proposals”. How do you define it? And in a UK context, do you see section 172 of the Companies Act –the duty on a company to have regard to a wide range of stakeholders –as a bridge between corporate governance theory and outcomes for real people?

The public interest is instead founded on an implicit bargain between companies and society and it means that the public cannot be disregarded. Without the benefit of incorporation and limited liability, individuals would be held liable for righting wrongs. But when you shift liability to a limited liability company, it does not mean wrongs can happen and nobody has to bother.

This is why I agitated strongly for section 172 reporting to be given a new focus in my response on the UK government’s corporate governance green paper, but I suspect it will take a lot of hard work to stop boiler plate responses.

The beneficial owners of companies are ultimately ordinary people. Looking at the issue from the perspective of LAPFF members, company law, accountancy and corporate governance is about pensions for teachers and cleaners.

A cynic might say that whenever a policymaker wants to justify an outcome, they conjure up an impact assessment. What has your impression of this practice been as a former research scientist?
Pass. All the impact assessments I have seen in the political sphere are dubious, largely because they are asking for predictions on things that cannot be measured or for which the information is not held. Many of the recent ones on the Brexit statutory instruments assess the cost as that of reading the instrument, not the cost of implementing it.

Is it possible to take 75 years of post-war culture among accountants and auditors and mould them into something that benefits the public?
Yes, but it won’t be easy and nor will it happen overnight. But this isn’t just about accounting and audit, it goes to the heart of corporate culture, even though developments have in many ways until now been led by the professions. We are at a watershed and things must change.

Do you think gender has played a role in determining where accountancy, indeed finance more generally, finds itself today?
It is worth noting that men, of predominantly similar type and backgrounds have held sway for the past 75 years. If those leading the profession, in the auditing firms and regulators and often those on company boards are so unrepresentative of society, it is no surprise that the product fails to deliver what society expects. The ‘male, pale and stale’ band of men has stubbornly refused to accept any duty to that society and has instead christened its own failure as an ‘expectation gap’. It’s hardly an advert.

Peering ahead through the Brexit fog, where do you think UK financial services will land?
I have never believed that Brexit would land in a special partnership on financial services – at least no time soon. Fundamentally, the EU cannot and does not ‘do’ any sort of principles-based, try it out approach. So achieving the much vaunted ‘mutual recognition’ outcome is always going to be a struggle. Plus, the EU will want to know what the indefinable draw of the City of London actually is and test whether it is has any sort of permanency to its substance before they give up the opportunity of taking it over.

As for where things will go in the short-to-medium term, I expect we will see a set of temporary arrangements that might expand and be renewed – if the City proves its worth – which I think will be the case.