How we run our money: Cometa 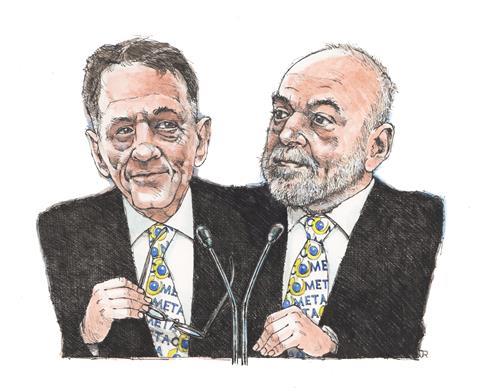 To celebrate 20 years since it was authorised for business, the management of Cometa, the €11bn pension fund, brought together an influential group of politicians, economists and representatives of the Italian pension industry.

Speakers at the event, which took place last October, addressed topics ranging from the role of private pension funds within Italy’s pension system to the challenges of investing in alternative assets. Maurizio Agazzi, Cometa’s CEO, says his favourite session was the one dedicated to young people. This consisted of a group of women working in finance and the media discussing their peers’ difficult relationship with pension funds.

For young Italian workers, saving into a second-pillar pension fund has become as tough as it has become necessary. It is likely that they will retire gradually and later in life than their parents, but their state pension benefits will be lower. At the same time, the low salaries, intermittent careers and the cost of living constrain the level of pension savings they can afford.

Agazzi, who has been with Cometa since it was founded, says: “Young people represent continuity. We need young people as members, in order to maintain a long-term balance within the pension fund, and we need them as staff in order to develop the know-how we will need for the future.

“That is why our most recent communication efforts have been focused on young people.” The fund has hired a public relations agency and restyled its digital communication products, designing content that younger audiences can relate to.

This is part of Cometa’s efforts to increase membership. As many Italian industry-wide funds, it had an initial influx of members at inception and again in 2006, as lawmakers introduced soft auto-enrolment mechanisms. However, the measures were temporary, and funds have since been left to their own devices.

Each fund has its own story, but coverage of second-pillar pension schemes is low, fewer than two-thirds save into one. Cometa’s case is particularly difficult as only 30% of eligible workers are covered.

This lack of coverage is linked to the Italian economy, which features poor wage growth and lack of job security, as well as pension policy.

Low wage growth and the rising cost of living means saving into a second-pillar pension is not a priority for many. Furthermore, by design the main source of defined contribution (DC) pension savings is the workers’ statutory severance pay, known as trattamento di fine rapporto (TFR). Workers can decide whether to retain this or channel it towards a second-pillar fund like Cometa. Given the lack of job security, many workers decide to keep their TFR as a contingency.

Cometa caters for workers in the metal and machinery sectors, which have faced strong headwinds over the years. “Increasing membership is a priority”, says Agazzi. “There are two main avenues. One is through policy: lawmakers could push for further soft auto-enrolment measures, or trade unions could negotiate auto-enrolment as part of new collective contracts conditions. The other is through education. That is why we have stepped up our communication efforts, with a focus on financial education, too.”

Financial literacy is a hot topic, as Italy recently set up a Committee for Financial Education that promotes and co-ordinates various national initiatives. It is hoped that the work of the committee, which organises a ‘Financial Education Month’ every October, will foster the understanding and take up of second-pillar pensions.

On a positive note, existing members are sticking with Cometa. Agazzi says: “A heightened communication effort has helped us strengthen the relationship with our existing members, who have shown us trust, especially during a very tough year like 2018. Despite the poor results of that year, they have not left the fund nor switched to less risky strategies.” This is relevant because Italian pension funds have suffered from outflows of workers as their employment changed and they stopped saving into second-pillar pensions.

“We have actually seen many people return to Cometa after switching to commercially-managed pension schemes. They have realised that, net of costs, Cometa’s offering is more attractive.

“Our members now ask for coherence and transparency, as well as more information. They are entrusting us with their future, given that for most of them Cometa is the only savings pot they have”, adds Agazzi.

Oreste Gallo, Cometa’s chairman, says that the fund represents a success from a political perspective, as well as from a pension policy standpoint. Gallo, who comes from an asset management background, joined as chairman in February 2018. He was appointed to represent employers on the board of Cometa. Employers and trade union take turns to put their representative in the chairman’s seat every five years.

Gallo, who is also a director at Principal Global Investors in London, is leading a rethink of the pension fund’s investment strategy. “We need to reflect upon three elements. First, the renewal of easing policies means there is a growing stock of negative-yielding assets that were once perfectly viable for pension funds. Second, technological innovation is leading to growth, but outside the perimeter of listed markets. Third, regulatory change through IORP II is an opportunity to modernise our risk management strategy.”

On the risk management front, Cometa has undertaken a project that, once completed, will make it more akin to a defined benefit fund in its management of assets. The fund, explains Gallo, is building a theoretical liability curve based on its members’ profile, needs and expectations.

Gallo says: “Cometa is a defined contribution fund, but this approach allows us to think about our investments on a more long-term basis. After years of reforms and uncertainty regarding pensions, we want to offer an anchor to our members, which means we need to structure our strategic asset allocation based on their needs and expectations post-retirement.”

No doubt other European pension funds may have taken similar steps, but nevertheless the approach sets Cometa apart from its domestic peers.

At the same time, the fund is planning to take a more active role in designing the asset allocation strategy. Gallo says: “In my view, the finance team should have two main objectives. One is to monitor the work of the external asset managers, and the other is to carry out strategic research into prospective investments. At the moment, investment decisions are mostly delegated to external asset managers.”

Cometa’s strategic asset allocation is shaped by its offering of four investment profiles to members - Monetario Plus, Sicurezza 2015, Reddito and Crescita.

Each profile differs in terms of risk exposure and return potential. The fund has set up each profile according to different objectives across the life of a saver:

• Reddito, which is low-risk, is intended for new members seeking gradual but steady growth
• Crescita, the riskiest with a 38% allocation to equities, is offered to young members with a long saving journey ahead
• Monetario Plus is for members nearing retirement
• Sicurezza 2015 guarantees capital preservation, net of costs.

The portfolio is managed by nine external managers across 13 mandates (see panel). These mandates are reviewed regularly. The latest large management reshuffle took place in 2016, when Cometa appointed seven managers for €8.3bn worth of assets.

The approach is mainly active, but benchmark-driven, and the overall portfolio is invested by and large in liquid fixed income and equities. Allocations to alternative assets with a higher return-generating potential and weaker correlation to the main markets are conspicuously absent. However, the fund is overhauling its investment strategy, following the example of smaller peers that have started diversifying their asset allocation.

To this end, the fund has organised a series of sessions, during which trustees and management will learn about new asset classes and investment strategies.

Gallo adds: “There are concrete examples of the kind of investments opportunities we should be discussing. Chinese assets are one example.We should decide whether, and how, we want to benefit from the growth of the Chinese economy. Similarly, we should assess the opportunity for our fund to invest in alternative, non-listed assets.”

Industry-wide pension funds such as Cometa have often faced calls from policymakers to invest in the domestic economy. So far, most have failed to do so, owing to the lack of clarity on what form these investments would take. However, a recent announcement from Assofondipensione, Italy’s pension fund association, signalled that Cassa Depositi e Prestiti, a state-owned investment bank, was ready to back fund-of-fund investments by pension funds.

For reasons to do with a lack of internal skills and risk aversion, Cometa has not invested in private assets, but this may be about to change. “We need to take a step in that direction. We are more than willing to consider real asset investments in the Italian economy, provided there are rules to safeguard our members’ interests. The rules around governance need to be very clear, particularly if we are to enter long-term investments”, says Gallo.

“My view is that the challenge in structuring these investments, other than establishing clear rules, is to balance the interest of pension funds’ members with the objectives in terms of economic growth.”

A Pioneer in responsible investing
Cometa was among the first Italian pension funds to become a signatory of the UN’s Principles for Responsible Investment in 2010. Cometa’s efforts in this field are led by CEO Maurizio Agazzi.

“Since the early days of Cometa, members were expressing their concerns about how the money would be invested. But the sustainable finance industry has come a long way since then, from a very militant and values-oriented approach to one that is more based on materiality of ESG risks”, says Agazzi.

The next step after signing up to the PRI was the drafting of Cometa’s responsible investment guidelines, which identify engagement as the primary instrument. Agazzi says: “We take part in collective engagement initiatives at national or international level. But we have also started to engage individually with investee companies, to better represent our members’ concerns. Directly engaging with companies also allows us to develop our expertise in selecting investments.”

Cometa has led the Italian responsible investment movement from the front. Agazzi says: “The development of sustainable finance has been slowed down somewhat by years of high returns from traditional asset classes, as investors would question the opportunity cost of ESG overlays. But the progress Italian pension funds have made over the past five years is significant, and the industry will not be caught out by the regulatory and market developments in this field.”

“We live in a time of great uncertainty. Surveys show that among the biggest worries for Italian workers are job security, health and pensions. We want to build a pension fund that provides more than just financial support after retirement, but more generally a sense of security.