When yields do start rising, it is hard to imagine it not being painful. Given the level of global indebtedness, the burden of debt repayments looks set to increase sharply 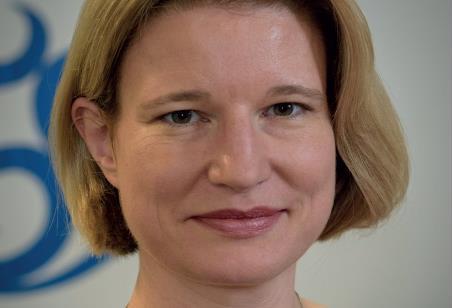 It is all too easy to forget that the markets are in a peculiar state. For example, nominal yields on US 10-year Treasuries have trended downwards since 1981. Real interest rates – that is, adjusted for inflation – have also trended downwards from about the same time. Estimates vary but there are also many trillions of euros worth of negative yielding debt.

When yields do start rising, it is hard to imagine it not being painful. Given the level of global indebtedness – higher than at the time of the last global financial crisis – the burden of debt repayments looks set to increase sharply. Total global debt reached $188trn at the end of 2018, according to figures published by the International Monetary Fund in December. That is equivalent to a global average debt-to-GDP ratio of 226%. Many firms and households are likely to suffer as a result of any increase in yields.

Of course, it is much easier to point to problems in the abstract than to discern exactly when and how a reset is likely to occur. The immense complexity of the financial markets makes it difficult to work out how weaknesses will manifest themselves. And timing is impossible to predict with any degree of certainty.

However, Miranda Carr, a macro strategist at Haitong International, has identified a plausible mechanism through which a reset could happen. Her vantage point as an Asia specialist helps her to identity certain risks more readily than experts focused on developed markets.

The starting point for her analysis is the huge monetary imbalance between the US, on the one hand, and China, Japan and Europe on the other. So, for example, China’s money supply (M2) is about $27trn relative to a GDP of $14trn, whereas the US has a money supply of $15trn on a GDP of $21trn. In other words, China has almost twice the money supply of the US despite having a slightly smaller GDP. The excess money creation originally stems from the 2003-13 period during which the renminbi was arguably undervalued and so for every dollar it received through trade surplus inflows, it ended up printing excess renminbi onshore. This was then leveraged during the 2009 stimulus period and so overinflated China’s overall money supply.

The key problem is that this excess money remains trapped in China by its relatively closed capital account. Although money can flow easily into China nowadays, particularly  the bond markets, there are still restrictions on it exiting. “It distorts a lot of conventional economics,” says Carr. “The world has arguably never had an economy the size of China where there are such tight limits on monetary outflows that prevents global rebalancing.”

Although China is at the centre of Carr’s account, it is not the only player. Indeed, the accumulation of excess money started in Japan, moved on to China, and the euro-zone has followed more recently. Japan and the euro-zone do not have closed capital accounts but their policies of negative interest rates play an analogous role. Investors buy yen, and more recently euros, to access negative interest rates and invest overseas. This leaves excess money trapped in both areas in a similar way to what happens in China.

The problem is that this situation is inherently unstable. It is becoming increasingly difficult for the US to, in effect, be the lynchpin of global financial stability. “They have created a huge wall of low-volatility surplus money which is then being offset by the US deficit,” says Carr. “That massively distorts the global monetary picture.” The role of the dollar as the global reserve currency has helped maintain the existing order as have copious amounts of quantitative easing (QE).

However, there are already signs that a reversal in capital flows is under way. For example, China has switched from being a net provider of capital to the US, to a net consumer, with a significant reduction in its holdings of US Treasuries.

If this switch continues to gain pace, the pressure on the US to raise interest rates could become irresistible. Given the particularly lop-sided role the US plays in the global monetary system, this could quickly have a knock-on effect globally. Interest rates could increase worldwide with dramatic consequences.

Although Carr has pointed to a mechanism through which the global monetary system could be reset, there are different ways in which it could work itself out. In broad terms, she points to an orderly scenario and a disorderly one.

In the former, interest rates in Japan, Europe and the US would rise with probably only a small increase in China. There would likely be a large-scale shift out of dollar assets while the American currency would also weaken.

Under such a scenario, Carr expects there to be a dramatic shift in the capital markets. She says this would lead to “a complete reversal of the trends you have seen over the past 10 years”. Sectors which have done well, such as US financials and US technology, would be “absolutely hammered”. In contrast, she says sectors which have done badly, such as those centred on the European consumer and the Japanese consumer, would do relatively well.

In the disorderly scenario, there would be a flight to safety and overall it would call for a highly defensive positioning. There is also the risk that capital controls could also slice the global financial markets into distinct zones.

Carr has pointed to an important and relatively neglected imbalance in the global monetary system. Things may not unwind in the way she suggests is possible but it is hard to resist the conclusion that a reset is overdue.