AlbaCore Capital, a Europe-based alternative credit specialist with North American roots, is a fairly rare example of an asset management company that was spun off from a pension fund. David Allen, founder and CIO, established the company in 2016, with a team of European alternative credit specialists that he led from within the $542bn (€366bn) Canada Pension Plan Investment Board (CPPIB).

There is a sense of uniqueness to the company, as Allen cites only one other outfit with a similar origin – private equity specialist Whitehorse Liquidity Partners, another emanation of CPPIB, founded and managed by his former colleague Yann Robeard.

Come to think of it, Europe is littered with examples of investment management organisations that were spun off from pension funds. APG, PGGM and MN in the Netherlands were set up, respectively, by ABP, the public employees’ fund, PFZW, the healthcare fund, and the metal industry funds PME and PMT. In the UK, there is Hermes, which was launched by the BT Pension Fund and has now been incorporated into Federated Hermes. .

AlbaCore’s story, however, is different, in the sense that CPPIB relied on Allen for many years to build its portfolio of European alternative credit assets, until he made the decision to spin off the operation. Allen did this with CPPIB’s blessing, he emphasises, but evidently the team had become too skilled for its own good.

“It would have been very difficult to keep the team together within the pension fund, so I took the team out to grow the business,” says Allen. The fact that the operation took place across the Atlantic, and that Allen stayed in Europe, is also significant.

Perhaps the most notable feature of AlbaCore’s story is how rapidly it has grown into a successful business. 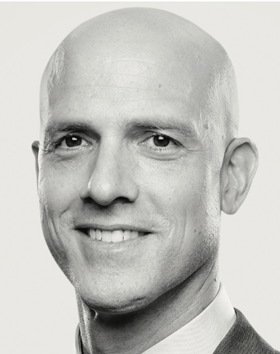 In the short space of five years, the firm has invested $19bn of assets across more than 400 companies, it has priced three collateralised loan obligations (CLOs), promoted several team members as partners and won awards in the process. It now retains $8.6bn of AUM on behalf of mainly institutional clients and a few private ones. The team has grown to over 60 staff members, located in offices in London and Dublin. A New York office was opened in September last year.

As well as CLOs, AlbaCore offers several closed and open-ended funds, including its flagship Liquid Income fund and a credit opportunities fund. It also provides bespoke solutions to individual investors. There are unique features to its investment strategy, but the experience of the team is what stands out most.

Allen, in particular, brings a nearly three decades of experience. “I invested in my first junk bond in the 1980s, when I was in my late teens. The issuer was Trans World Airlines post the leveraged buyout by Carl Icahn. Their senior secured bonds carried a 15% coupon. Later the airline went bankrupt and the bonds were worthless.That was a good time to lose my money, as I learned a very important lesson about credit investing. The return is not always generated by the coupon,” he says.

Allen spent a decade at Morgan Stanley, first as an investment banker and then specialising as a high yield analyst in the media sector. Before his six-year term at CPPIB he had established the European operations of GoldenTree Asset Management.

CPPIB’s decision to build a team dedicated to investing in European alternative credit is part of the institution’s “alpha model”, says Allen. “They have always been at the forefront of this concept, whereby they build teams, allow them to invest capital and reward them for beating the market.”

The foundation of AlbaCore is, among other things, an attempt to replicate that model.

Allen says: “Our team has been together for 12 years. At CPPIB, we internalised a strategy of maximising return without undue risk of loss, which is the mantra of that organisation. It is almost ironic, given what we are taught at business school, that low risk equals low returns. That is not necessarily true in credit. Our team has consistently recorded mid to high double-digit returns by focusing on safety and preserving capital.”

The firm’s investment strategy is both conservative and active, according to Allen. One simple but powerful investment belief is that there are industries that cannot be part of the universe of an alternative credit investor. “One example is energy. Almost no one excludes the sector from performing credit strategies, but we do that on the basis that most often oil and gas businesses offer no margin of safety,” he says.

Excluding energy means limiting the firm’s investment universe by a significant extent, but Allen does not see this as an issue, given that the firm’s long-term goal is not necessarily to become the largest player.

He says: “The assets under management of a business should fluctuate along with the size of the investment opportunities. Our goal is not to raise AUM indefinitely, which would potentially hurt our returns. Rather than go for the mass market, we aim to offer the best quality products, which means outstanding returns.”

To do that, Allen and his team focus mostly on large-cap companies that generate free cash flow and whose enterprise value is stable. That is how AlbaCore finds that essential margin of safety in its credit investments. A focus on ESG factors has also been integrated into the firm’s investment process over the years.

Underpinning the firm’s investment strategy is its distinctive corporate culture, according to Allen. The firm aims to foster a collaborative and diverse culture, where talented young people are recruited and trained to eventually become partners.

One example is portfolio manager Deborah Cohen-Malka, who joined Allen’s team at CPPIB, followed him to AlbaCore and was recently promoted to partner.

Allen brings the strong competitive edge that is often found in successful individuals in the finance industry. However, he says that his experience at CPPIB taught him the value of working for ordinary people.

“They manage money for the citizens of Canada. Working for CPPIB, one feels that connection with the average worker, and immediately starts behaving differently with regard to risk and return. That is a perspective about investment that is shared by very few people in similar positions as me,” he says.