In the early 1990s, when Nino Tronchetti Provera started his career at McKinsey, the management consultancy, sustainability in business seemed little more than a nice idea. But having graduated from Luiss University in Rome with a thesis on the subject, Tronchetti Provera believed in the disruptive potential of making businesses environmentally sustainable. 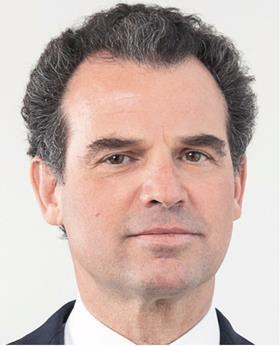 When Ambienta came into existence, ESG had moved higher in the business agenda, but it was still relatively niche. Today, sustainability is seen as one of the most powerful trends in business, and this has helped Ambienta become a household name in European sustainable private equity. While the amount of money it manages is relatively small, the firm claims to be Europe’s largest sustainable private equity investor.

Since its foundation, Ambienta has launched three funds, the third of which closed at €635bn in May 2018.

The COVID-19 crisis has not changed Tronchetti Provera’s basic thesis that sustainable businesses have higher long-term growth potential. In fact, it could accelerate the trend.

Tronchetti Provera says: “We have a clear long-term vision. It consists of backing well-managed companies with excellent financial performance, whose business models are driven by long-term sustainability trends that will enable them to conquer market share and outperform their peers. When we can find and buy these companies at a reasonable price, with respect to the long-term objective, we just do it, regardless of the external circumstances.

“In every crisis, you have to separate between noise and real underlying trends. And if, as an investor, you have a long-term strategy, combined with staying power then, historically, crises are the best moment to invest in private equity.”

Since the start of the COVID-19 crisis, Ambienta has announced several acquisitions. The firm typically takes majority stakes in small and medium-sized enterprises with revenues between €50m and €100m and double-digit EBITDA margins. It favours low-leverage transactions and companies that can generate cash, both of which have made the portfolio more resilient during the crisis, according to Tronchetti Provera.

Ambienta has a team of more than 40 people located across offices in Milan, London, Düsseldorf and Paris. The core private equity team is supported by a team of strategists and sustainability analysts. Recently, it has also built a team focused on public equity, having launched an absolute-return equity strategy, Ambienta X, that is focused on sustainability.

Perhaps the two most important building blocks of Ambienta’s strategy are the strong international footprint of its investee companies and its emphasis on industrial businesses.

Tronchetti Provera says: “During the COVID-19 crisis we were managing 44 production units located in three continents, across more than 18 countries. We have been booking revenues from more than 120 countries. It’s very complex from a system and process point of view, especially when you are dealing with the problems we’ve been dealing with, but it really pays off. That diversification has helped us cope with the crisis.”

Today, Ambienta does not favour or shun any sector in particular, as it prefers to focus on mega-trends. “Sustainability is everywhere. If you look at our portfolio, there is pretty much everything. Historically, we were tilted towards business-to-business products and services, and energy was a big piece of what we were doing.

“Today we invest much more in services and business-to-consumer and for instance. We look at textiles, chemicals, cosmetics, building, packaging, food. We have recently bought a digital business that focuses on the dematerialisation of the economy, as it provides e-documents solutions,” says the founder.

The gradual shift towards sustainability within consumer-focused businesses is a significant trend, according to Tronchetti Provera. “It was a dream for many years. Until recently, if you asked people whether they would be willing to pay more for a more sustainable product, they would say yes, but in reality they would buy the cheapest one.

“In the last few years, that has started to change, mostly as a result of the new generations. Consumers are actually paying more to buy organic food and natural cosmetics, for instance.

“It does not happen in every sector. Fashion and textiles, for instance, are not seeing the same kind of growth. But in the long term, the environmental consumer represents one of the most important trends. This means we can focus more on business-to-consumer companies.”

As a real-life example, Ambienta aims to become the largest privately-owned independent platform in Europe for the production of natural colouring and flavouring for food and other industries. “We believe that since consumers want fewer chemicals in their food, large food companies will increasingly reduce the use of chemical ingredients and replace them with natural ones. To this end, we have acquired stakes in some of the most successful producers of natural colourings in Europe,” he says.

Governments around the world have embraced sustainability agendas, but Ambienta’s founder and partner is sceptical about their ability to support the transition.

He says: “I am someone who strongly believes that governments should stay as far as possible from markets and the economy, which unfortunately is not the case these days.

“If governments want to support the shift towards sustainability, they should do more on communication and information. The emergence of the sustainable consumer has happened largely thanks to information campaigns, but consumers are still poorly informed on many areas.

“Generally speaking, the quality of politicians in the Western world is very poor. It’s already proven to be difficult for them to properly support the economies of their countries. Asking them to relaunch their economies in a green way may be too much,” he says.

Tronchetti Provera is especially reluctant to comment on his home country. This may be in part perhaps because of his last name. He shares it with his cousin Marco, the executive vice-chairman and CEO of the Pirelli Group, who is one of the most influential businessmen in Italy.

But according to Ambienta’s founder, politics cannot thwart business’s shift towards sustainability.

“The sustainability revolution is happening despite COVID-19. Sustainable companies will be the big winners from this crisis.”