Two years ago today, French foreign minister Laurent Fabius banged a gavel at the COP-21 climate change conference in Paris, signalling a consensus between 196 parties from around the world on addressing climate change.

On the anniversary of the most comprehensive international agreement on climate change to date, the convening of an international summit in Paris today has spurred the announcement of myriad initiatives and declarations relating to the fight against global warming.

More than 200 global institutional investors have pledged to engage with 100 of the world’s largest corporate greenhouse gas emitters to get them to curb emissions.

The investors will ask companies to take action to reduce emissions across their value chain, consistent with the Paris Agreement’s goal of limiting global average temperature increases to below 2°C above pre-industrial levels.

The investors will also engage with the companies to get them to implement a governance framework that articulates the board’s accountability and oversight of climate change risk, and to make climate-related financial disclosures as recommended by the Financial Stability Board taskforce. 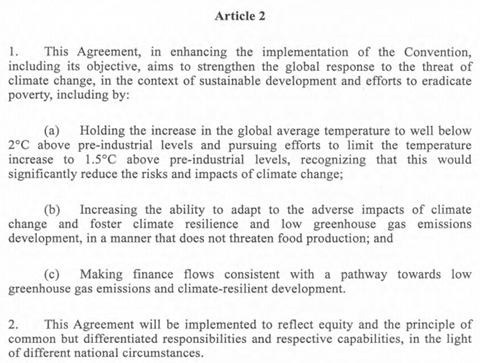 Article 2 of the December 2015 Paris Agreement

The 100 companies have been identified using data from non-profit environmental research organisation CDP on their direct and indirect emissions, including those associated with the use of their products.

Dubbed “Climate Action 100+”, the initiative is designed to implement the commitment first set out in the Global Investor Statement on Climate Change in the months leading up to COP-21 in 2015.

Groupe Caisse des Dépôts’s Laetitia Tankwe, responsible investment adviser to the president of French public pension scheme Ircantec, said: “Many long-term investors made a clear commitment two years ago to work with companies to ensure that they both curb emissions and do more to disclose the risks and maximise the opportunities presented by climate change.

“Today global investors are following through to put in place a global strategy to drive greater engagement that will deliver on this commitment.”

The engagement pledge was unveiled on the occasion of the One Planet Summit in Paris, convened by French president Emmanuel Macron, president of the World Bank Group Jim Yong Kim, and secretary general of the UN António Guterres.

It is intended to address “the ecological emergency for our planet”.

“For two years to the day after the historic Paris Agreement, it is time for concrete action,” the summit website states. 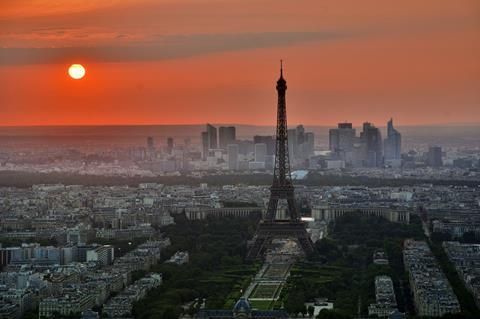 Investors were also in the firing line, however.

At “Climate Finance Day” in Paris yesterday, a group of activist organisations launched reports that, they said, showed how large banks and investors were undermining the Paris climate goals.

Almost 1,500 institutional investors had nearly $140bn (€119bn) invested in the top 120 coal plant developers, according to one of the reports by Rainforest Action Network, BankTrack, Urgewald, Friends of the Earth France, and Re:Common.

“Many of the top investors in our ranking are members of the Institutional Investors Group on Climate Change or similar initiatives that regularly issue warnings about the threat climate change poses to our economy and societies,” said Heffa Schücking.

“These are, however, the very same institutions that invest billions of dollars in companies with enormous coal power expansion plans. It is time that BlackRock, Vanguard and other global investors acknowledge the inconvenient truth that their own investments are accelerating climate change.”

Also in the lead-up to this week’s events in Paris, major asset owners and asset managers active in the French market have called for borrowers to communicate an ESG rating in addition to their conventional credit rating.

The investors’ declaration referred to issuers, but did not specify whether this only applied to corporates issuing bonds or also to sovereigns and related issuers.

The signatories said their call “illustrates our conviction that social, environmental, ethical and governance factors influence the quality of credit, the valuation of companies and the creation of future value”.

ESG ratings are typically the business of specialised agencies and research firms such as oekom research or Vigeo, although conventional credit rating agencies have come under, and are responding to, pressure to capture environmental, social and governance factors.

In their declaration, the investors said specialist agencies’ economic models might need to change for them to remain viable, for example starting to charge issuers for ratings.

The agencies would therefore have to provide issuers with “guarantees of independence, methodological transparency, greater proximity, and responsiveness towards them”.

Japan’s GPIF has previously called for more transparency from organisations that score companies on their ESG behaviour.

The signatories said they also intended to contribute to consolidation in the market for ESG or extra-financial analysis.