The tricky question of costs was one of the key topics for debate at the IPE 360 Conference at the London Stock Exchange in mid-June. Although there was widespread agreement on the need to control expenses in principle, it became apparent this is a huge challenge in practice.

Bart Heenk, managing director at Avida International, an independent adviser for corporate pension schemes, said much data in annual reports was incorrect. “People do not work with the same standards or the same information. They don’t have the same definitions. They just don’t use the same disclosure – for example, of cost information.”

As a result, it is exceedingly difficult to make meaningful comparisons between funds. He estimated costs could be up to twice what pension funds calculate. The key problem is that funds are not asking the right questions to keep track of their expenses.

Such discrepancies can result in the perverse situation where those who are most open about their full range of costs can suffer as a result. “People who report everything – and really do some forensic accounting to find out what is happening underneath the headlines – they will get punished because they appear at the top end of the cost scale,” he said.

Bob Swarup, principal at Camdor Global, an advisory firm to financial institutions, emphasised the investment benefits of curbing costs. He told the final panel of the conference: “If you think about the amount of return you can extract by cutting costs – forget for a moment about the investment return – that is a huge amount of saving that immediately flows to the benefits you pay out.” 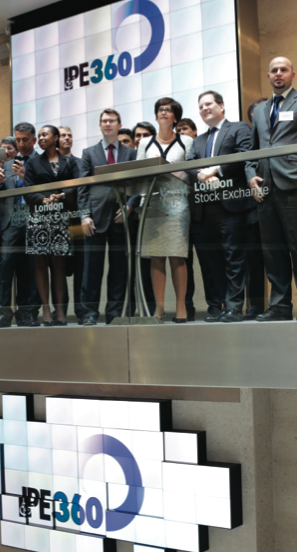 Swarup accepted it was sometimes necessary to pay higher costs but added that such cases needed to be justified. Promising high returns is one thing but delivering them is another matter. “I am far more in favour of structures that bank profits on realised costs rather than on unrealised ones,” he said.

Bruno Maumené, another panellist and CIO at Fundo, a specialist risk management firm, said costs had become an important point of discussion in Switzerland in recent years. He likened the current debate to focusing on the tip of an iceberg. “What we are chasing in Switzerland is explicit costs – visible costs reported by the asset managers,” he said. “But we are ignoring all the implicit costs, especially the ones bound to transactions.” It is time, he said, to start examining the submerged part of the iceberg.

The discussion on expenses was part of a broader event that brought together senior executives from the pension fund industry across Europe. Under the overall heading of risk and asset allocation, the topics of discussion included policy challenges, passive strategies, emerging markets and risk allocation.

There were also panel debates on smart beta and access to capital for small and medium-sized enterprises.

The intellectual tone of the conference was set by early sessions introduced by Theo Kocken, chief executive at Cardano, an adviser to financial institutions, and Swarup. Both broadly accepted the contention of behavioural finance that orthodox approaches to markets are too quick to assume humans behave rationality. For Kocken and Swarup, the key challenge is how best to build institutions to deal with human irrationality.

Kocken, who is also a professor of risk management, organised his talk around clips from a documentary he has made with Terry Jones of the Monty Python surreal comedy team. Kocken started from the assumption that “human nature creates instability inside the financial sector and the economy”.

In his view, financial history has followed a pattern in which policymakers and experts are increasingly complacent about crises as they recede into the past. Just when more caution is needed, the markets become more prone to overconfidence.

Kocken pointed to the reaction to the Great Depression of the 1930s, where economists such as Irving Fisher and John Maynard Keynes were well aware of potential dangers. But, from the 1970s onwards, with the rise to prominence of such figures as Milton Friedman and Alan Greenspan, the orthodox view once again emphasised human rationality.

Kocken argued that the ideological approach of the latter thinkers opened the way for irrational market exuberance. “We need more pluralist economics and more thinking about how the world really works,” he said. “We need to integrate approaches such as behavioural finance and how humans interact with each other.”

Swarup has recently had a book published along similar lines. His Money Mania (Bloomsbury, 2014) is a history of financial speculation and its consequences from ancient times.

“My book looked at the last 2,500 years of financial crises,” he told the conference. “The first one I looked at was the first-ever sovereign default, in Ancient Greece, back in the fourth century BC.

He concluded that progress since then has been limited. “What’s interesting is that, when you look back, we have 2,500 years of culture, progress, technology, innovation and so on. At the end of it all, 2,500 years later, we are looking at another Greek default.”

This dismal record pointed him to the paradox that “the world’s a very complex place, but, unfortunately, our brain is only three pounds in weight”. Not every financial expert would accept the emphasis on irrationality propagated by Kocken and Swarup, but it seemed to strike a chord with the conference audience.